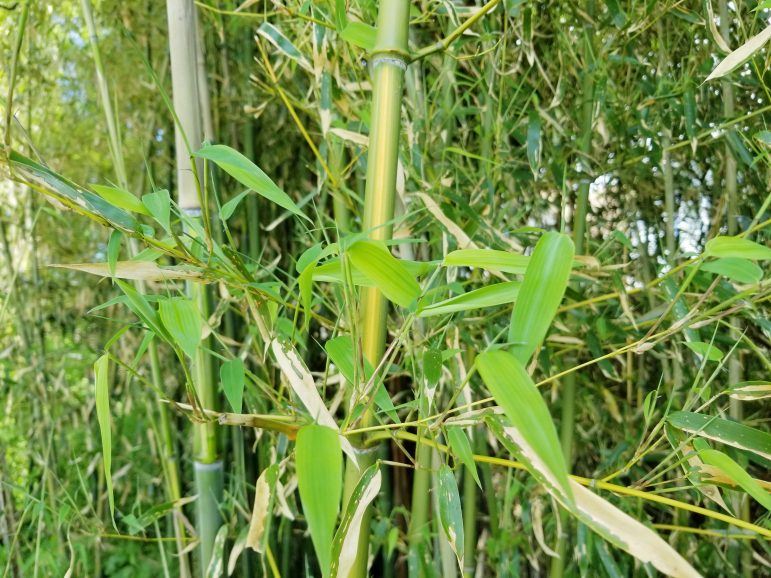 A thick stand of bamboo grows along the Saucon Rail Trail near the Walnut Street crossing in Hellertown.

For some people it’s an attractive plant that provides welcome shade and privacy, while for others it can be a nuisance species because of how rapidly and tenaciously it grows and spreads. Opinions are often divided on bamboo, which was the subject of a brief discussion by Hellertown Borough Council Monday night.

Borough manager Cathy Hartranft broached the subject of bamboo with council when she commented that a thick stand of it growing behind a home that borders the Saucon Rail Trail has been encroaching on the trail.

She said the borough has no regulations regarding bamboo, and asked if council would like to consider possibly adopting regulations in the future.

Council members said they are interested in discussing regulating the planting of bamboo, and asked Hartranft to gather information about bamboo ordinances other local communities have passed.

According to a story published by WFMZ.com, in September 2017 the City of Allentown approved restrictions on planting a fast-growing type of bamboo.

The story states that Allentown City Council voted unanimously to ban planting “running bamboo” within 20 feet of a property line, utility easement or right of way, and to ban planting bamboo without a barrier around it.

Anyone who violates the ordinance risks incurring a $100 fine.

The subject of bamboo growing near the rail trail was discussed at a September 2015 meeting of the Saucon Rail Trail Oversight Commission, according to meeting minutes published online.

According to the minutes, Upper Saucon Township representative Peter Jarrett reported that it was then growing next to the trail on a farm near Passer Road, and “there was discussion about whether there were any restrictions on its planting.”

What do you think about restricting the planting of bamboo? Would you favor restrictions or oppose them? Tell us in a comment.