Editor’s Note: The second paragraph of this story has been reworded to better reflect the sensitive nature of the allegations that are under investigation.

Updates: In an independently published story on LehighValleyLive.com, Lehigh County District Attorney Jim Martin Wednesday confirmed that a county detective is investigating an alleged incident involving members of the Southern Lehigh High School football team that occurred “some time ago” and that he did not believe it was criminal. On Thursday, the Southern Lehigh School District released a statement about the investigation in which it said that “inappropriate” student behavior had occurred, but not hazing or sexual assault. Superintendent Kathleen Evison said the district learned of an allegation of player misconduct this week. She told the Morning Call that the district’s investigation revealed that three students “came up with an idea, completely, mutually, to do something silly” and that “[there was] no victim, nobody harmed.” Martin’s office also said it did not believe what occurred was hazing.

According to a source with knowledge of the reported incident, a senior member of the football team allegedly sexually assaulted a freshman teammate.

A recent news post on Team App made by Southern Lehigh football coach John Toman didn’t describe what happened, but said that “due to the investigation of the football program, all spring activities are postponed.” 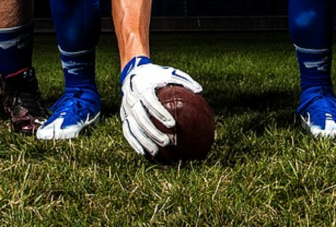 “I will update everyone once the investigation comes to (a) conclusion,” Toman wrote in the post, which was shared with members of the team and their families.

Saucon Source has reached out to Southern Lehigh High School Principal Beth Guarriello with a request for more information about the investigation, and whether local law enforcement is involved in it.

We have also requested information about the district’s policy regarding hazing and what is being done to help promote the safety of student-athletes.

According to the current edition of the Southern Lehigh High School Handbook (2018-2019) the district’s anti-hazing policy is as follows:

The entire handbook can be read online on the district’s website.

This story will be updated if/when additional information becomes available.