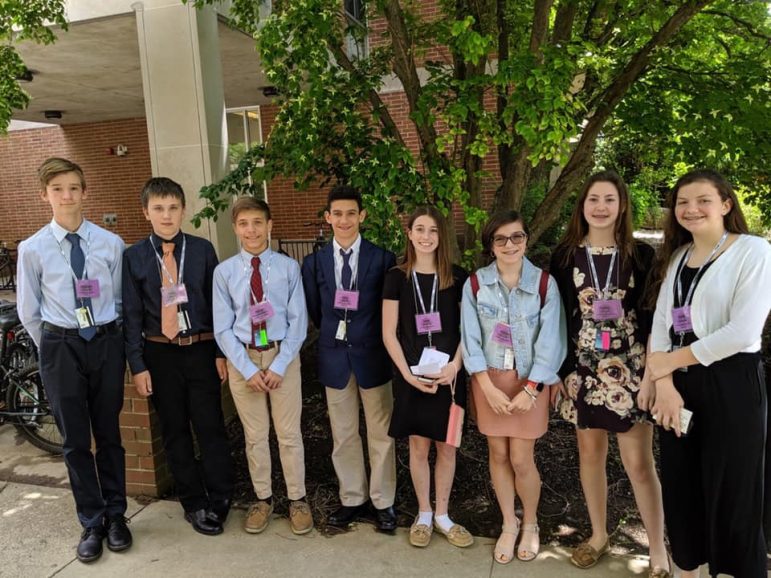 The presentations, all of which were first place recipients in regional competition before progressing to state, ranged on topics as wide as the potential harm caused by light to improving the speed of Lego-tracked racers.

“We’re very proud of our students,” said St. Mikes’ advancement director Marianne Gano. “They worked very at the long process. Kudos to them!”

Students spent the weekend meeting and in competition with hundreds of other student scientists from around Pennsylvania.

The presentations from St. Mike’s included:

Tobias, Vincent, Tyler, Benjamin and William all achieved first places in their categories.

The PJAS is a statewide organization of middle and high school students aimed at stimulating and promoting interest in science through the development of research projects and investigations.

As the PJAS website puts it, “Approximately 3,000 of the best and brightest science students from Pennsylvania’s 12 separate PJAS regions descend upon State College each May to present their research.”

The Saucon Valley is part of PJAS Region III.

St. Michael the Archangel School is a regional Catholic school located within the Diocese of Allentown. The middle school campus, which includes grades fifth through eighth, is located on the property of Assumption of the Blessed Virgin Mary Church, 4121 Old Bethlehem Pike in Bethlehem.