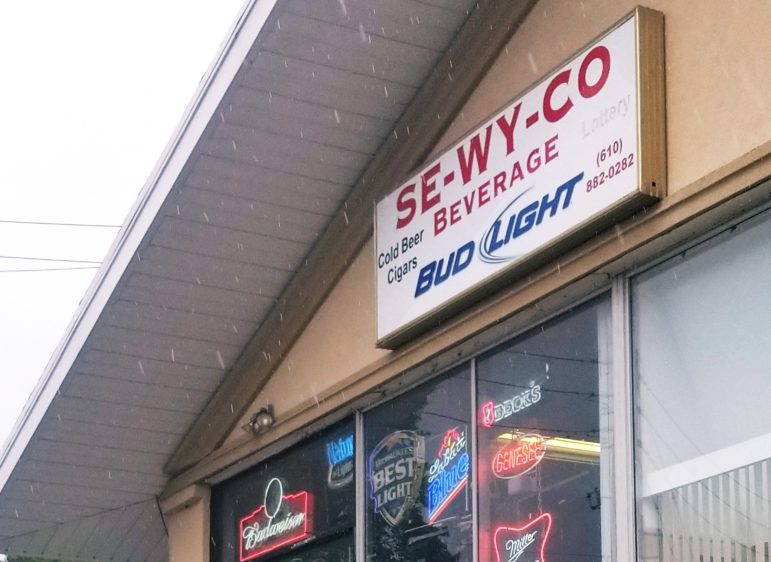 Se-Wy-Co Beverage is moving to a new location owner Bob Hohman said will be larger and offer more customer parking. The business has been a fixture on Rt. 378 in Lower Saucon Township since 1991. Its new address will also be on Rt. 378, just a short distance away.

For those who find it convenient to purchase a six-pack or a case of beer at Se-Wy-Co Beverage on Rt. 378 in Lower Saucon Township, the news that the landmark local distributor is moving may come as a bit of a surprise. The store has been located in the Black River Plaza shopping center for 28 years.

In fact, its new location is also on Rt. 378, in the Saucon Square shopping center about two blocks north of the current location. That’s where it will reopen in a space next to Casa Mia Pizzeria in early July.

Hohman said the new store will be a bit bigger and have more parking as well as “easier in and out access” thanks to the traffic light at the entrance to Saucon Square.

Ever since announcing the move, Hohman’s been busy letting customers know about it, and that’s what he was doing Friday morning as a steady stream came through the door.

“I’ll see you at one spot or the other I hope,” he told one shopper as he rang up their purchase.

Hohman said his customers–who he often sees on a regular basis–have been supportive of the impending move.

A Hellertown native, he said he is proud to be serving a second generation of Saucon Valley residents at Se-Wy-Co Beverage, which has changed with the times to offer a wider selection of brews than it could before Pennsylvania’s liquor laws were reformed to allow distrbutors to sell six- and 12-packs.

“The tastes of the younger people have certainly changed,” he noted. 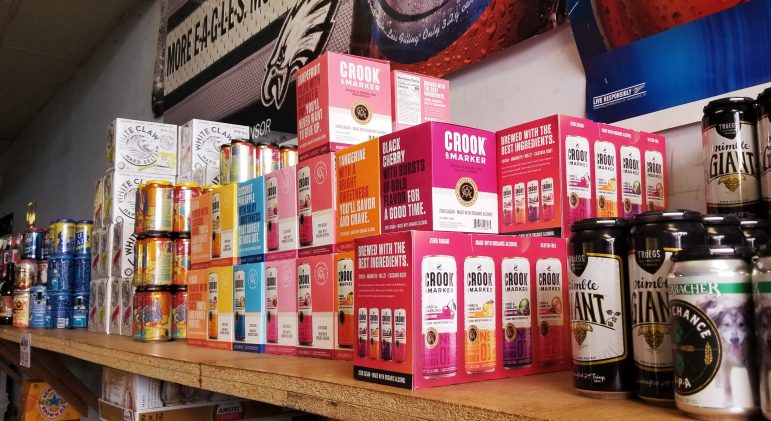 Long gone are the days when shoppers had just a handful of mainstream choices at beer distributors like Se-Wy-Co Beverage in Lower Saucon Township. Today the store sells a wide variety of craft beers, locally-brewed ales, ciders and hard seltzers to appeal to evolving tastes and a more diverse clientele.

The new store will have the same hours as the current location and the “same friendly staff,” Hohman promised.

He said his wife, Denise, and loyal, hard-working employees Keith and Billy have played a big role in Se-Wy-Co’s success.

A sign on the front door of the business lists the moving date as July 1 but Hohman said it could be a week or so after that. 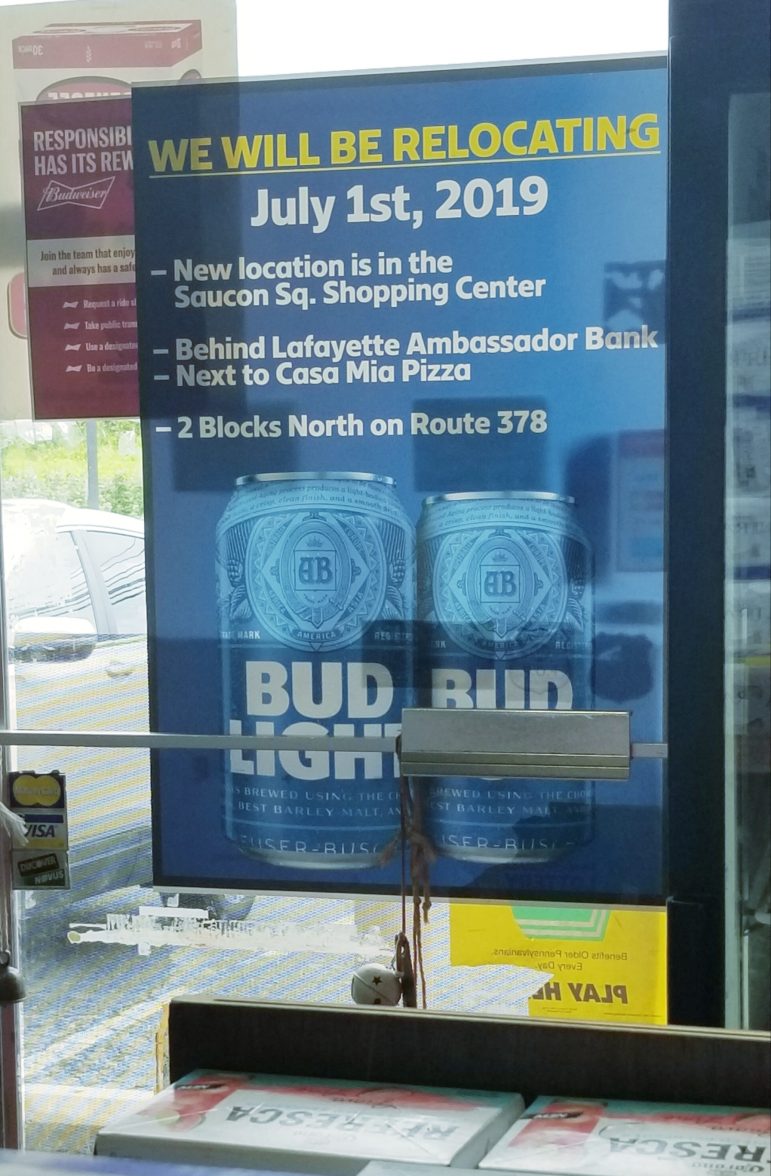 A sign on the inside of the front door at Se-Wy-Co Beverage alerts customers to the fact that the business will soon be moving to a new location nearby. 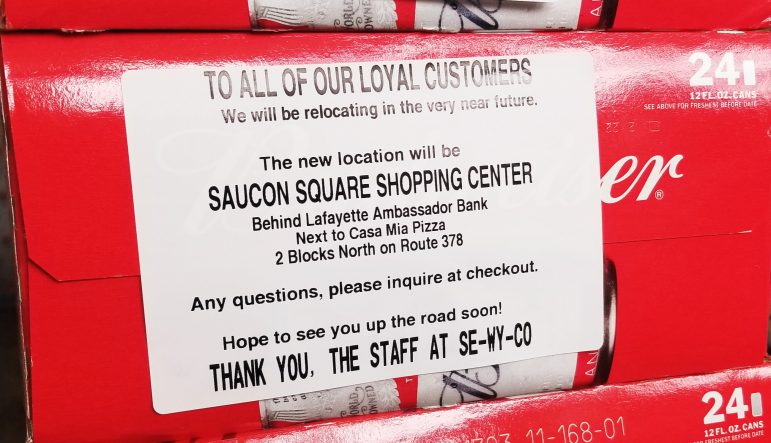 In addition to signs both inside and outside the store, Se-Wy-Co Beverage is advertising its upcoming move to the Saucon Square shopping center with stickers that are affixed to many of the cases of beer it sells.