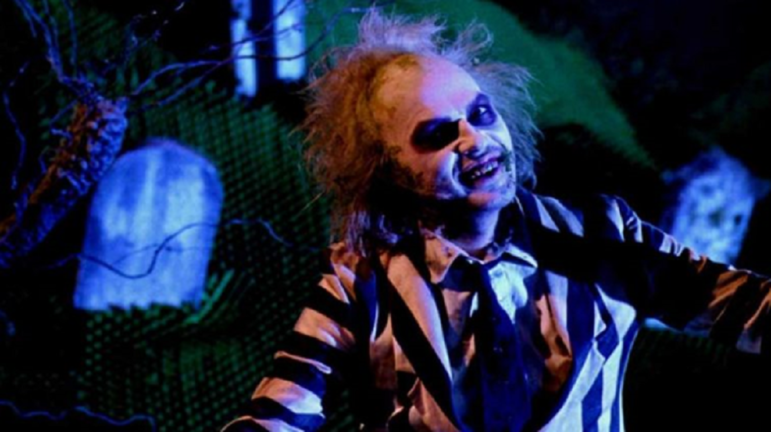 Michael Keaton stars in the cult movie classic ‘Beetlejuice’ (1988), which is being shown at Civic Theatre in Allentown as part of a special Halloween night screening. A costume contest for attendees will also be held.

The spookiest season of the year is upon us, and your friends at Civic Theatre in Allentown are cooking up a ghoulish shindig for All Hallows Eve. In the spirit of the holiday, Civic is hosting a Halloween night screening of Tim Burton’s beloved horror-comedy Beetlejuice, starring Michael Keaton as the eponymous “ghost-with-the-most,” which will start at 7:30 p.m. In addition to showing Beetlejuice, the evening will include a costume contest, holiday refreshments for adults and kids, an abundance of candy and prizes. Tickets are $10 for general admission, $8 for students, seniors and military, and $6 for Civic members. Tickets will be sold at the door. They can also be purchased in advance.

The theater encourages all patrons to come dressed in costume, in order to participate in the costume contest, but everyday dress is suitable. The finalists will be asked to present their costumes before the audience, which will cast the winning vote with its applause. Trick-or-treaters will receive a candy handout upon purchasing their ticket, with plenty of movie theater goodies awaiting them inside the auditorium. Prior to the screening, adults can wander into the theater’s Glassman Patron Lounge and indulge in a Beetlejuice-themed alcoholic beverage.

The theater’s website, CivicTheatre.com, has more information on the screening as well as all other films showing at Civic Theatre. Contact Film Manager Dan Santelli for more information at civicmoviemanager@civictheatre.com or 610-433-8903, ext. 204.

Note: The information in this story is from a news release from Civic Theatre. The historic theater is located at 527 N. 19th St., Allentown, Pa. Follow Civic Theatre on Facebook and Instagram for updates, news and other information.