Pennsylvania State Police at Dublin are investigating an armed robbery which occurred at the CVS in Ottsville, Bucks County, shortly before 9:30 p.m. Thursday, which was about half an hour before the store’s closing time.

According to a Morning Call story published Friday, the men–who in low-resolution store surveillance images appear to have most of their faces covered by black ski masks–are white and in their late teens or early 20s.

There were no injuries in the robbery and the men escaped with an undisclosed amount of cash, the newspaper reported.

The store is located in the 8300 block of Easton Road (Rt. 611) in Nockamixon Township.

Anyone with information about this crime is asked to call Trooper Jordan Rhodes at 215-249-9191.

A thread about the robbery on the private Facebook group Upper Black Eddy, PA 18972 has generated dozens of comments related to the case. 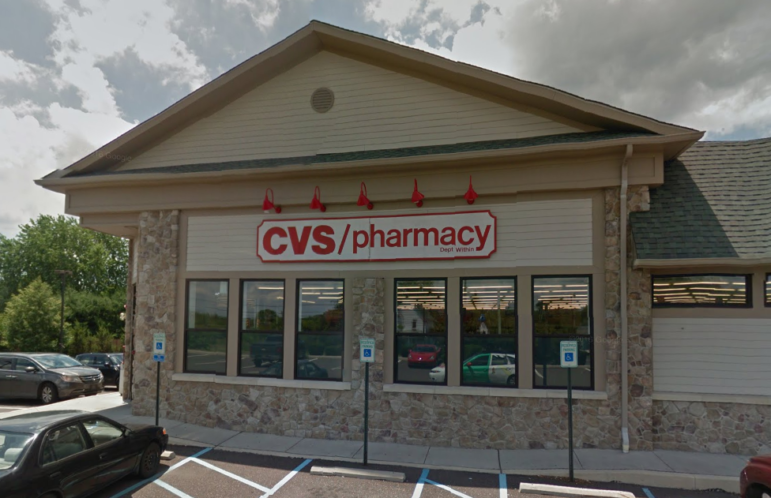 Pennsylvania State Police at Dublin are looking for two young men who they say robbed the Ottsville CVS at gunpoint Thursday night.