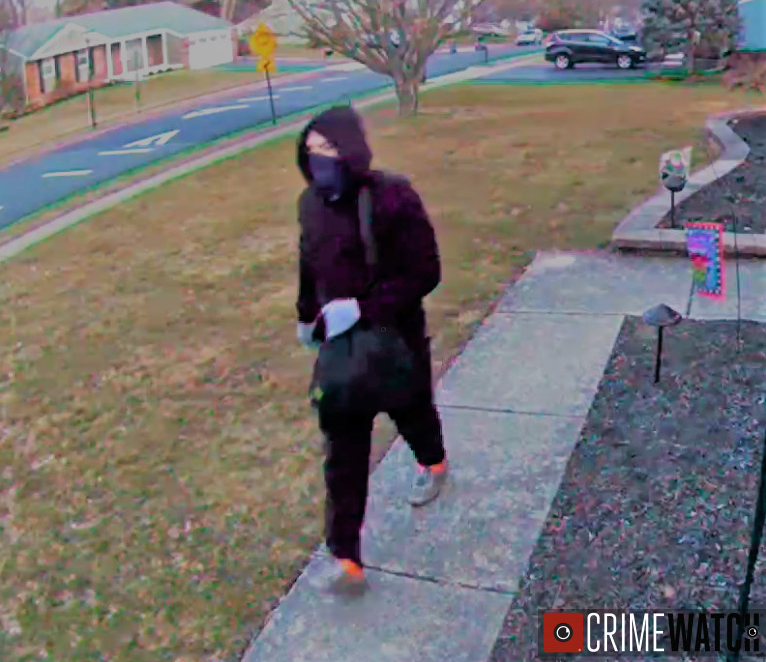 The Bucks County District Attorney’s office said Friday that the person pictured in this surveillance image is responsible for unlawfully entering numerous vehicles throughout the county.

Bucks County detectives from Hilltown Township to Yardley have a mystery on their hands in the form of a bizarre crime spree, in which the district attorney’s office says one person or a number of individuals have unlawfully entered nearly 1,000 cars in the past year.

In a post about the case published on the DA’s Crimewatch page Friday, officials said the spree has affected communities from “the mid-upper to mid-lower parts of the county, as well as municipalities in western New Jersey.

Police have been warning vehicle owners to lock their vehicles, because to date, only unlocked vehicles have been entered during the spree, which began in September 2019.

“Often striking several vehicles a night in multiple neighborhoods and developments, a person captured on home security cameras or seen by witnesses has been linked because of the same clothing description: a black sweat suit, dark-colored gaiter mask, gloves and white and orange Nike sneakers,” the district attorney’s office announced.

“The person is known to wear a satchel-style bag slung across the shoulder, which is used to stash the stolen goods,” the DA’s office added. “Police say items like vehicle registration and insurance cards, credit cards and loose change have been stolen from vehicles, as have smaller items like pens and sunglasses.”

According to authorities, surveillance video from some of the scenes shows that the unidentified person has fled from them and has “a distinct style of walking and running.”

Police did not explain what makes it distinctive, or speculate on whether the person is male or female.

Anyone with information about the individual or the spree is asked to contact their local police department or Buckingham Township Det. Timothy Johnson at 215-794-8812, ext. 246, or by email at tjohnson@buckinghampa.org. 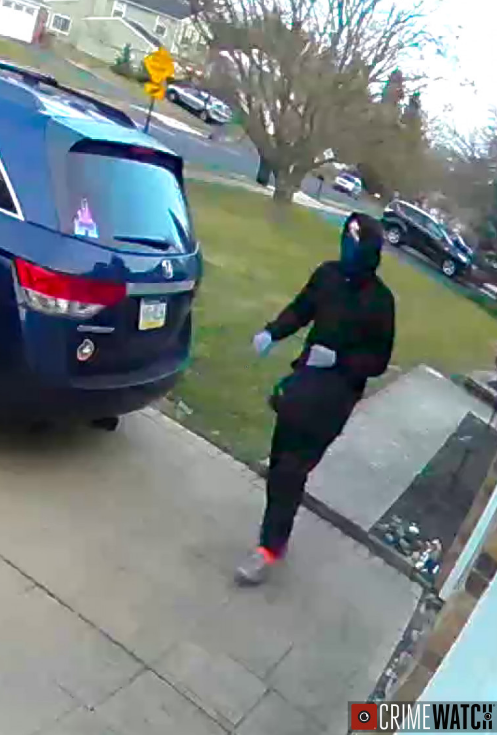 The Bucks County District Attorney’s office said Friday that the person pictured in this surveillance image is responsible for unlawfully entering numerous vehicles throughout the county.