A pastoral fall attraction proved the perfect place for a man to escape to, after Pennsylvania State Police attempted to take him into custody on an outstanding theft charge. 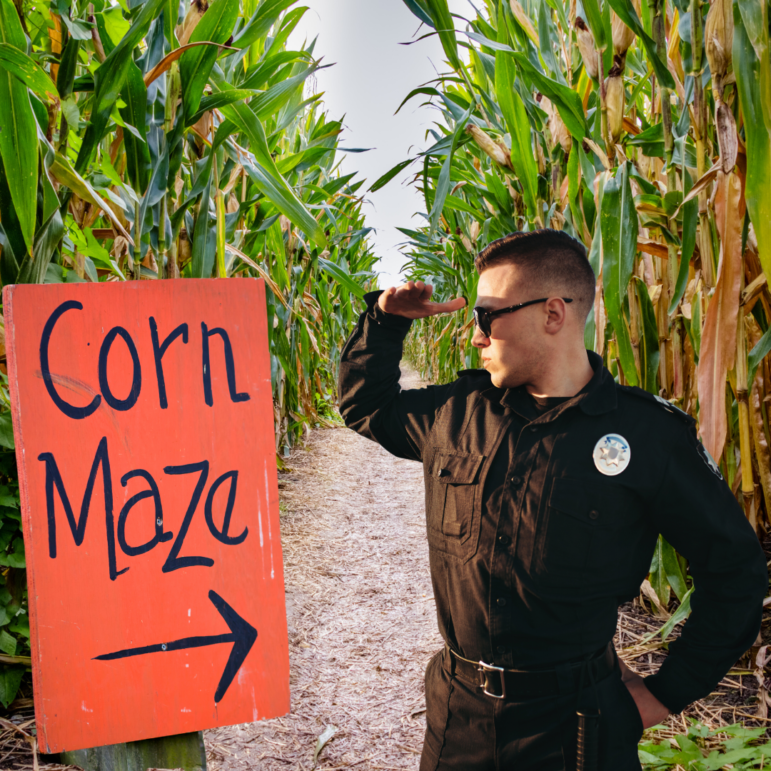 In a news release Friday, state troopers from the Dublin barracks said the incident unfolded Thursday around 11 a.m. in the 1900 block of John Fries Highway (Rt. 663) in Milford Township, Bucks County.

Police said that after stopping a vehicle for “suspicious drug activity” in a Wawa parking lot, “the operator of the vehicle showed signs of drug impairment and was advised that one of his passengers had to operate the vehicle.”

After the passenger agreed to do that and provided police with his driver’s license, police said a background check “revealed he was wanted for theft charges.”

They then attempted to arrest the man, but he fled on foot and a foot pursuit ensued, the news release said.

The pursuit was eventually called off after the suspect entered what police called a “large corn maze in the area” and contact with him was lost.

Police didn’t identify the man by name in their news release but said he’s a 30-year-old from Allentown and will be charged with resisting arrest in connection with the incident.

No police officers were injured as a result of the man’s escape, the news release indicated.

Police didn’t identify the corn maze the man entered, but there is a maze at Windy Springs Farm, 1970 John Fries Highway, Quakertown, according to the farm’s Facebook page.