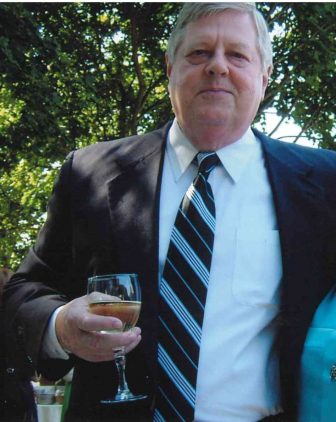 He is survived by his loving wife of 48 years, Brenda Jean (Kellenberger) Flaherty. James was a generous man who was always willing to lend a hand when he supported the cause. He was an avid Philadelphia Eagles and Phillies fan, enjoyed watching his son play sports and volunteered as a Southern Lehigh Youth Football coach. James was a graduate of St. Thomas More High School, Class of 1960, in Philadelphia. He worked his entire career in food service, working his way up to vice president prior to his retirement from Canteen Corporation.

Services will be held privately. Condolences may be offered at ConnellFuneral.com.

Memorial contributions may be made to Animals in Distress, P.O. Box 609, Limeport Pike, Coopersburg, PA 18036.