The close-knit DeSales University community is mourning a tragic loss Sunday, after three young people closely associated with the Center Valley four-year college were killed in a car accident not far from the campus.

In an email sent to alumni members of the university community by DeSales president Fr. Jim Greenfield, the school identified the three victims as Sean Hanczaryk, a senior sport and exercise physiology major as well as a member of the school’s baseball team; 2020 DeSales graduate Emily Kattner; and 2019 DeSales graduate Nicholas White.

A fourth person who was a passenger in the vehicle and survived the accident was identified as senior sport and exercise physiology major Brandon DiChiacchio, who the school said is undergoing surgery and in critical condition due to injuries he suffered.

“Having spoken with the parents of Sean, Emily and Nick, I share their gratitude for our prayers,” Greenfield wrote. “Amid their unspeakable heartbreak, they take consolation in the support of the DeSales Family.”

He added, “I know I speak for the entire DeSales community in offering our prayers and sympathies to the families, loved ones, fellow students and friends of Sean, Emily and Nick. I am sure we are all praying for the recovery of Brandon.”

The single-vehicle accident occurred in the 4400 block of Lanark Road near W. Hopewell Road around 8:40 p.m. Saturday, when for unknown reasons the vehicle one of the four was operating went off the road and struck a large pine tree. The collision ignited a fire, which neighbors reportedly tried to fight, only to be driven back by its intensity. 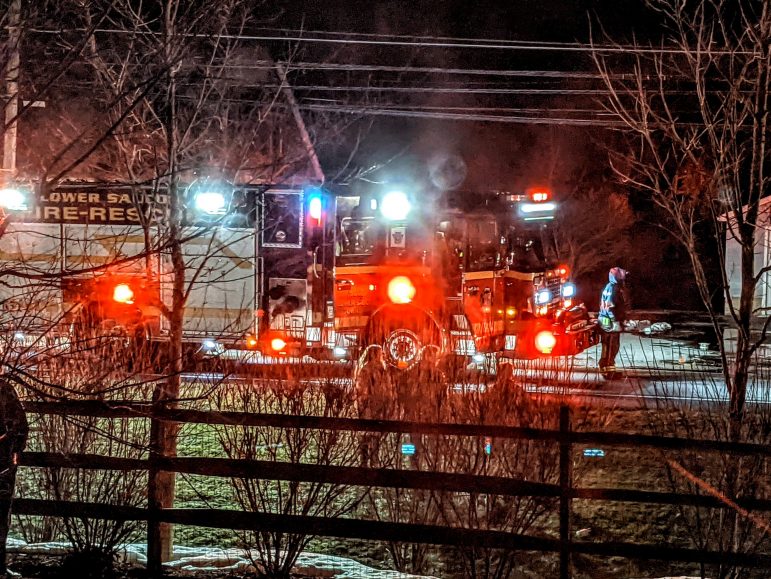 Lower Saucon Fire Rescue was one of numerous local fire companies that responded to the accident scene on Lanark Road in Upper Saucon Township Saturday evening. The crash scene is approximately two miles from DeSales University, where two occupants of the vehicle were enrolled as students. The two other people in the car were recent alumni.

A large police, fire and EMS contingent responded quickly to the crash scene, which was cordoned off with caution tape as an investigation commenced. The Lehigh County coroner’s office also responded to the scene, which is roughly two miles from the DeSales campus.

Channel 69 News reported that autopsies of the three victims are scheduled to be conducted by the coroner Monday, while the crash itself remains under investigation.

In a statement published on the DeSales University website Sunday, the school announced that it is offering counseling and campus ministry to support students struggling to cope with the loss of friends. A prayer service is also being planned, it said. 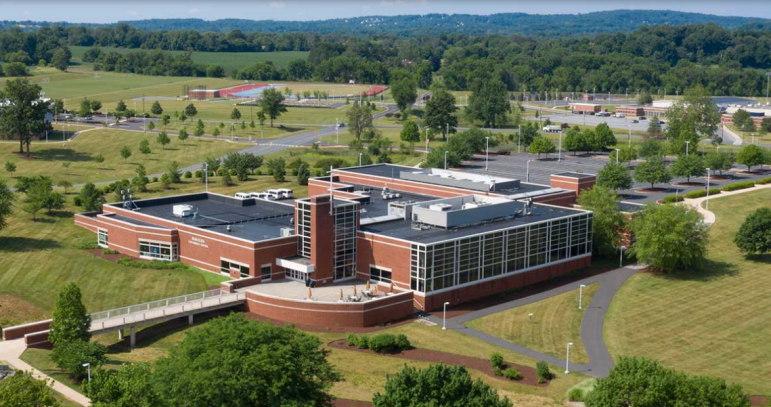 DeSales University is located on a sprawling 400-acre campus in Center Valley, Upper Saucon Township. The university community was devastated Sunday by news that two alumni and a senior student were killed in a car crash the night before.

The same announcement was published on the school’s Facebook page, where dozens of members of the university community were sharing sympathy and prayers in comments.

“The psalm refrain for this Third Sunday of Lent is ‘Lord, you have the words of everlasting life,'” Greenfield said in his email. “The truth of this refrain could not be more apropos as we grieve the losses of these three young people whose lives were cut short in such a shocking fashion. May the Word of God, with its promise of eternal life in Christ Jesus, be a consolation in the midst of this utterly devastating experience.”

DeSales is a Catholic university with an undergraduate enrollment of approximately 2,500 students. Its 400-acre suburban campus is located in Upper Saucon Township.

Note: This is a developing local news story. Additional information will be shared as it becomes available.