The following article about an industrial accident that claimed a Hellertown resident’s life appeared in the June 5, 1919 edition of The Morning Call newspaper. A copy of Joseph Ridley’s death certificate may be viewed on FindAGrave.com, which features an entry for his final resting place in St. Michael’s Cemetery in Bethlehem. According to the death certificate, Ridley died on June 4, 1919, as a result of a skull fracture he suffered when he was “accidentally…caught in a fly wheel” while working at an oxygen plant in Hellertown. Ridley’s wife, Elizabeth, remarried following his death, and according to her obituary was living at 1041 Main Street in Hellertown when she died on Jan. 26, 1943. She is buried beside her first husband in the South Bethlehem cemetery.

CATAPULTED AGAINST WALL AND KILLED

Joseph M. Ridley, of Main street, Hellertown, was instantly killed yesterday morning at 2 o’clock in the air reduction plant of the Hellertown Acetylene Gas Company at Hellertown. Ridley’s clothing caught in a rapidly revolving wheel and he was hurled against a concrete wall with such force as to fracture his skull. He was dead when picked up. Until recently the unfortunate man was engaged as nurse to George Meyers, one of Bethlehem’s wealthy residents. This position he held for more than sixteen years. He was 48 years of age and is survived by his widow and three children, Richard, Joseph and Evelyn. The funeral will be held on Saturday morning at 8.30 o’clock from his late home at Hellertown. High mass will be sung in the Church of the Holy Infancy. Interment will be made in St. Michael’s cemetery. 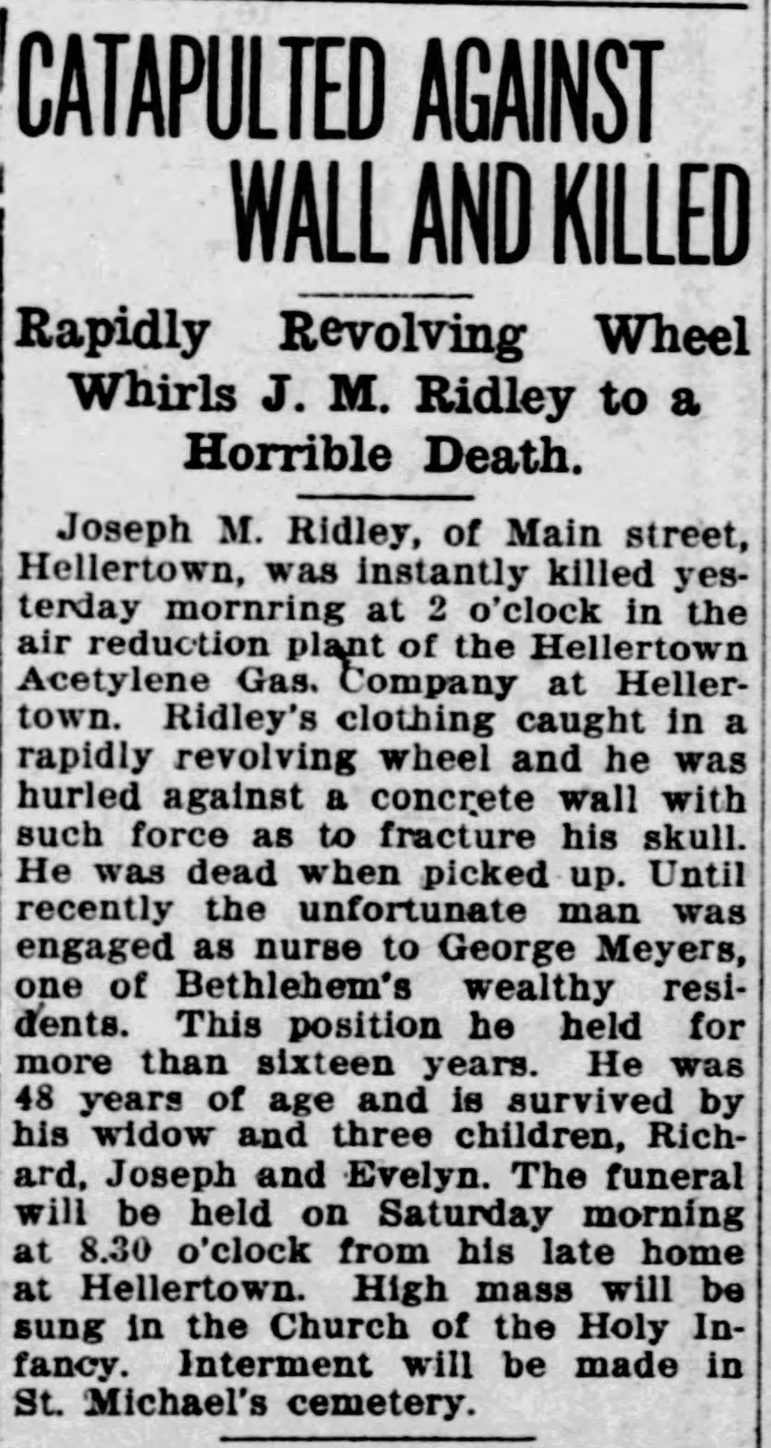