Domenic Fontecchia, 81, of Hellertown and formerly of Bethlehem, died on Saturday, May 29, 2021. 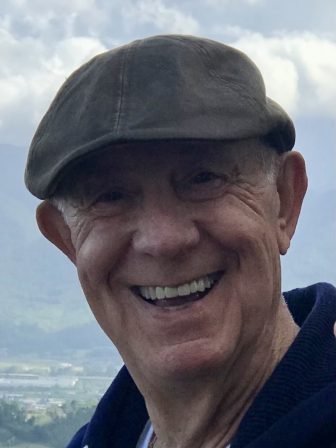 He was born Aug. 19, 1939 in Ferentino, Provincia di Frosinone, Italy, son of the late Vittorio and Natalia Benedetta Concetta Fontecchia. Domenic was a 1958 graduate of Liberty High School and earned various certificates from management programs throughout the years. He was highly respected in the garment manufacturing industry for his management and technical skills, pursuing excellence and increasing quality and productivity everywhere he worked. Domenic had many friends from all the places he worked. His leadership was appreciated around the world at the following companies: Phoenix Clothing Company (Genesco Corp), Allentown, Pa.; Cross Country Clothes, Hickey-Freeman, Rochester, N.Y.; ITALCO, Rome, Italy; and Ermenegildo Zegna, Barcelona, Spain. In retirement, Domenic utilized his expertise as a consultant in Massachusetts, New York, Pennsylvania, Florida, Italy and China. In 2002, he officially retired to his dream house in Ferentino, Italy. In 2004, he began his heroic 17-year battle with cancer. And in 2006, Domenic returned to Bethlehem. Domenic was a parishioner for most of his life at Our Lady of Pompeii of the Most Holy Rosary Catholic Church. Later he attended Our Lady of Perpetual Help Catholic Church and was a member of Parrochia Sant’Agata, Ferentino. He was devoted to Saint Pio of Pietrelcina, leaning on his grace during battles with pancreatic and liver cancer.

He will be dearly missed by his daughters: Shelley Jacobs and spouse, Arthur; and Mandy Rutman and fiancé, Lee Abruzzese; his wife, Grazia Fontecchia; stepdaughter: Susan Wilson; grandchildren: Megan Scotchlas and spouse, Jon, Justin Mondzak, and Hannah Rutman; great-grandchildren: Sophia and Isabella Scotchlas; as well as sister: Dionisia Giorgi; and several nieces and nephews. Domenic was preceded in death by his sisters: Pia Ferraguti and Maria Ferraguti.

Memorial contributions may be made to the American Cancer Society.