Some things just seem to go together like America and apple pie, and Labor Day and baseball are two of them.

Scanning old newspaper headlines, it is apparent that a century or more ago few things were as exciting as local baseball rivalries, many of which were played out over the Labor Day holiday.

That was apparently the case in 1920, when teams from Hellertown and Bethlehem battled it out, with the end result that the Hellertown East Enders beat the “Bethlehem Colored Green Sox” twice on Labor Day.

The Morning Call reported on the games in its Sept. 9, 1920 edition, in which it noted that “the two games were well played and add two more games to the already acquired string of enviable victories which the (Hellertown) East Enders have piled up during the past season.”

It is important to note that at that time–and until Jackie Robinson became a Major League player in 1947–baseball at all levels of play was a heavily segregated sport. White and African-American teams obviously played each other, as was the case in Hellertown 102 years ago. How often that happened and under what circumstances those games were played is unclear, however, and it is possible that white teams may have had access to better equipment, better facilities, etc., which could have given them an advantage.

According to the Wikipedia entry for Negro League Baseball, “during the formative years of black baseball, the term ‘colored’ was the accepted usage when referring to African-Americans. References to black baseball prior to the 1930s are usually to ‘colored’ leagues or teams… By the ’20s or ’30s, the term ‘Negro’ came into use which led to references to ‘Negro’ leagues or teams. The black World Series was referred to as the Colored World Series from 1924 to 1927, and the Negro World Series from 1942 to 1948.” 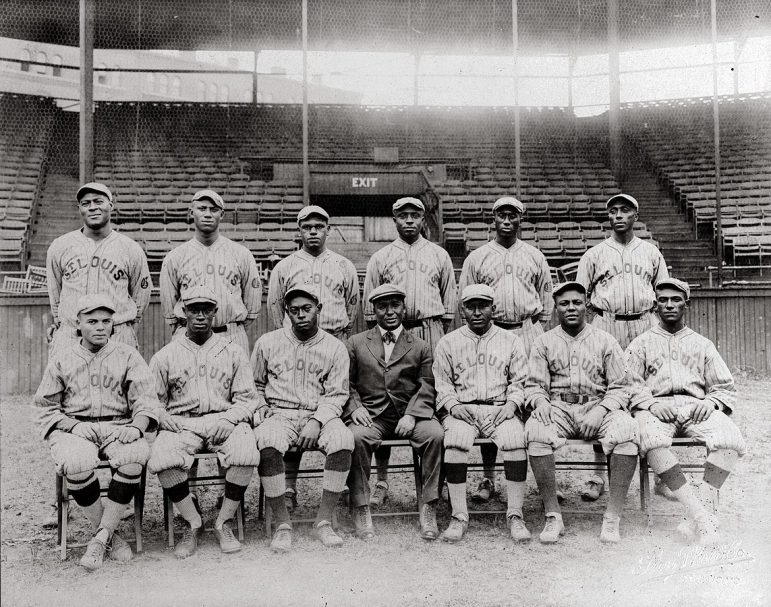 Further reading about Negro League baseball may be found in a Newspapers.com article.

It was only in December of last year that Major League Baseball added statistical records from several of the Negro leagues that operated between 1920 and 1948 to its official record books.