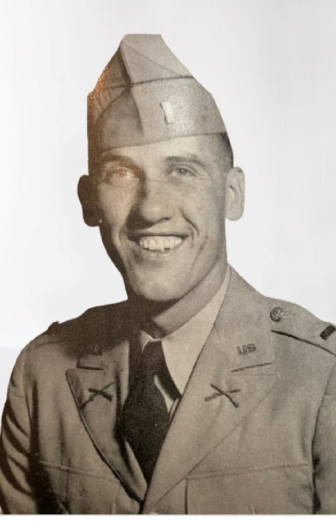 He was the husband of Hilda G. (Lucas) Glovas of 72 years. Andrew was born in Hellertown on Sept. 20, 1929 to the late Peter and Sophie (Makusczewska) Glovas. He attended Klein’s One Room School House from 1st to 8th grade for elementary school and graduated from Hellertown High School in Hellertown in 1947. He served our country faithfully in the U.S. Army during the Vietnam War. During his time in the Army, Andy was assigned to Ft. Bragg, N.C., and became a paratrooper with the 82nd Airborne. His drive and dedication earned him the opportunity to attend Officer Candidate School. Andy earned his commission and was assigned to the 3rd Armored Division in Germany. His next assignment was at Ft. Campbell, Ky., where he was made the commandant of the Recondo School and received orders to deploy to Vietnam. Andy returned to Ft. Bragg to work with Special Operations at the Psychological Operations Group. Then he completed another tour in Vietnam. After 26 years of service, Andy retired to the family farm in Williams Township, where he raised Black Angus steers. Andy was a faith-filled member of St. Theresa of the Child Jesus Roman Catholic Church, Hellertown. He was always very involved with the Holy Name Society, and was active with the Lenten Fish Fry Dinners, the Seniors Group and the Funeral Mass Team.

Family and friends are invited to call from 6 to 8 p.m. Thursday, Jan. 20, 2022 and from 9 to 10 a.m. Friday, Jan. 21 at the Heintzelman Funeral Home Inc., 326 Main St., Hellertown. The calling hour Friday will be followed by a Mass of Christian Burial at 10:30 a.m. at St. Theresa’s, 1408 Easton Road, Hellertown. A private interment will conclude services at Holy Saviour Cemetery, Bethlehem, with military honors accorded by the Edward H. Ackerman American Legion Post 397, Hellertown. Mourners are encouraged to make positive choices by following CDC guidelines. Online expressions of sympathy can be recorded at HeintzelmanCares.com.