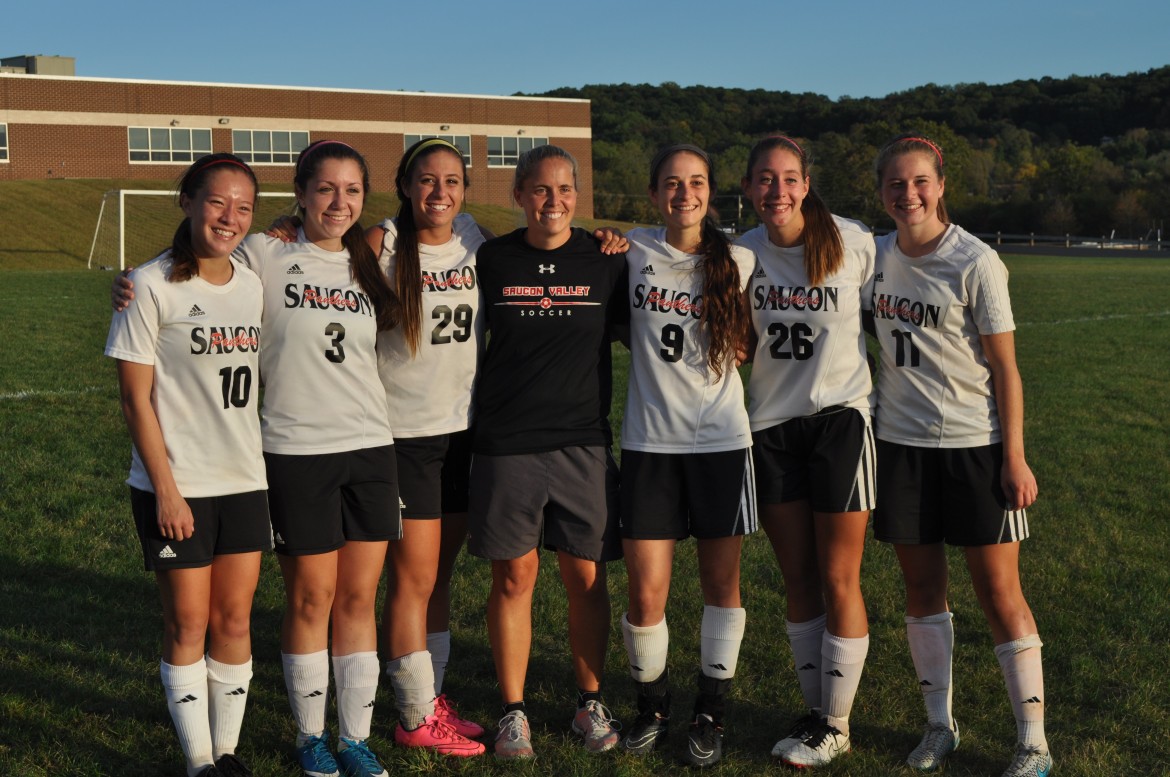 Coach Ochse and her 2015 Seniors 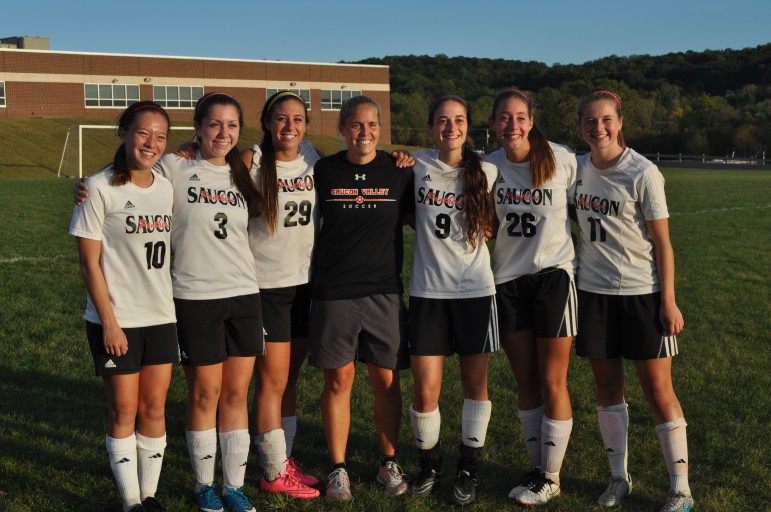 Friday at 3:30 p.m. Stephanie “Stevie” Ochse will have her Panthers at home and on the prowl against the Palisades Pirates trying to advance in the PIAA District XI tournament. It is a single elimination tournament so it is a “win to stay alive” situation.

Another situation has come to light after searching through the Saucon Valley Girls Soccer record books. Coach Ochse is sitting on a robust 149 wins. A win against Palisades on Friday will get Ochse to that special 150-win milestone.

Coach Ochse’s career record stands at 149-72-6. The 150th is proving a little elusive though. The Panthers, after a blistering start to this 2015 season, are winless and scoreless in their last two games. In the regular season finale Saucon and Palisades battled to a 0-0 draw on Oct. 15. Saucon Valley finished the regular season with a 15-1-1 record. The following week on October 20th Saucon dropped a 1-0 decision against the Northwestern Tigers in the semi-finals of the Colonial League tournament.

It is fair to mention, however, that Coach Ochse and her squad had a little adversity to overcome down the final stretch of the regular season. First, the Panthers lost star defender, junior Ashleigh Nagy for the season to injury. The Panthers were able to overcome the loss of Nagy with a tight win over Southern Lehigh 3-2. Then, in the first half of the season finale against Palisades, two-time All State selection, senior Lauren Binn was lost to injury as well. LB is Saucon Valley’s leading career goal scorer. The Panthers have not scored since Binn went down.

Head Coach at Saucon since 2006 and making her 9th career appearance in the District XI tournament including a District XI title (2012) along with two appearances in the State tournament advancing as far as the Semi-finals (2010), Ochse already has a resume that most soccer coaches would treasure. But, knowing Stevie, she is not currently thinking about her trophy mantle or milestones. Her focus is simply all about the next game against Palisades on Friday at 3:30 p.m.

Coach Ochse and Saucon Valley Girls Soccer: We wish you the best on your quest to #150! The Source is with you.