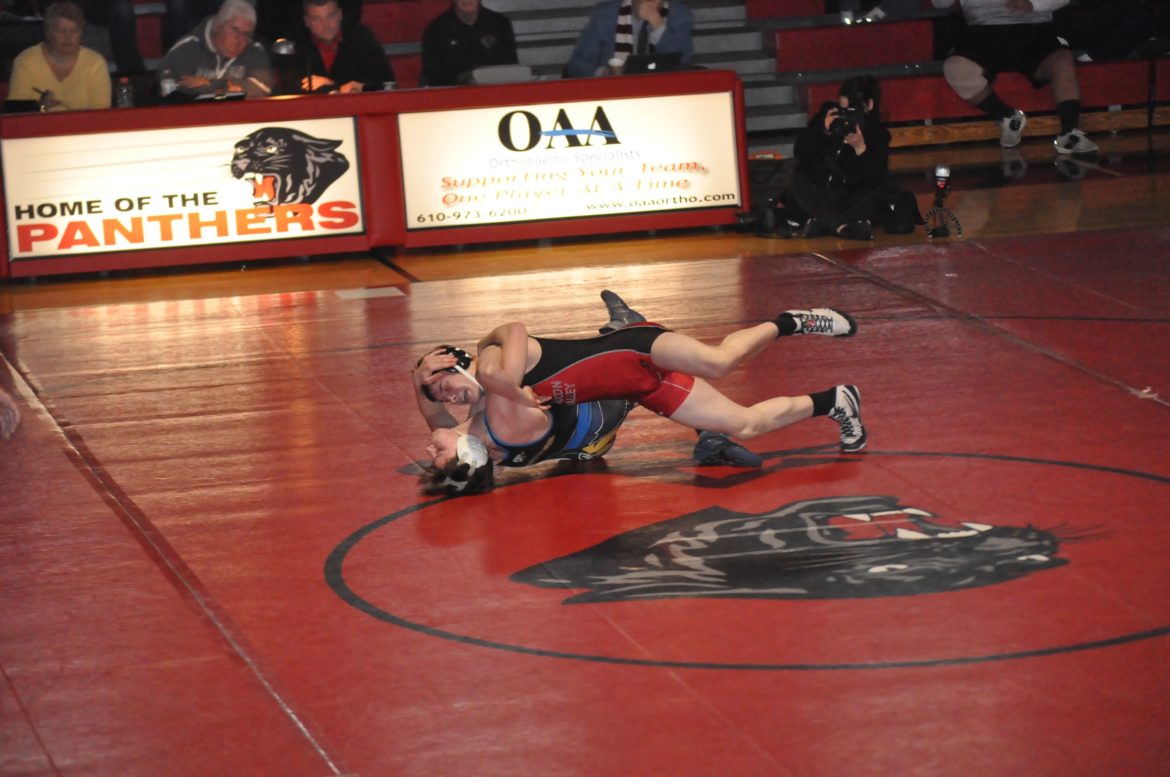 Freshman Thomas Spirk went all out to come up big for the Panthers.

Freshman Thomas Spirk went all out to come up big for the Panthers.

Many wrestling fans throughout the Lehigh Valley anticipated the Wilson Warriors to march into Hellertown and threaten the amazing five-year unbeaten run the Saucon Valley Panthers have constructed through the Colonial league.  The Warriors did travel to Hellertown on Saturday with their 17-1 record but they left with with a good old-fashioned whooping.  The Panthers once again defended their Colonial League reign with an emphatic 51-15 victory over Wilson.  Saucon Valley improved to a remarkable 17-0 record for the 2016-17 season.

Sophomore Josh Jones (25-7) finished fellow sophomore Marckis Branford in 3:15.  After a scoreless first period the Warrior chose to start from the neutral position.  From their feet Jones quickly snapped an under-hook to throw Branford flat on his back for the pin. Branford was rated ahead of Jones in the weekly rankings by lehighvalleylive.com.

Jason Jones, a junior, wasted little time in getting his bonus points for the Panthers.  In only 44 seconds, Jones flattened Beau Lantosh for six Panther points.

Following a forfeit given by the Warriors to Devin Fontanez at 220,  the Panthers Trey Polak made quick work of Trevor Loebsack in the 285 pound weight class.  It took exactly one minute for Polak to get his satisfaction.

Thomas Spirk gathering more back points against the Warriors.

In addition to the falls and forfeit, the Panthers received bonus points from freshman Thomas Spirk at 138 pounds and senior Stephen Good at 195.

The insertion of Spirk to the Panther lineup gave Coach Chad Shirk the flexibility to adjust and bump his personnel.  Spirk did not disappoint as he emptied his tank to earn a 19-3 tech-fall over Warrior senior Luke Fleck.

Giving up only a late, third period escape, Good used three takedowns and a couple back points to earn a 9-1 major decision over Wilson’s Colby Flank.

Justin Kyra (18-3) is quietly having a great sophomore year for the Panthers.

Trailing 3-2 entering the final period, Miller strung together three takedowns and three near-fall points to come from behind and defeat Wilson senior Jared Corriere by an 11-6 score. Corriere like Branford was ranked ahead of Miller according to lehighvalleylive.

Sophomore Justin Kyra (18-3) controlled the Warriors Anthony Micci (17-2) as he methodically converted four takedowns and only gave up two escapes.  Kyra left the mat an 8-2 winner over Micci.

Panther freshman Dane Csencsits continued to impress with his victory over Wilson’s Lamont Singletary.   Building a 5-0 advantage after two periods,  Csencsits gave up a third period takedown to Singletary.  Csencsits, however, finished strong against the senior with an escape and a takedown to earn the 8-2 decision.

Saucon Valley senior Nate Kehs combined a second period escape with a takedown and held on for a 3-1 decision against Wilson’s Noah Mauro.

Up Next:  The 17-0 Panthers  will host the 1-8 Palisades Pirates Tuesday night for their Colonial League regular-season finale.  It shall be a formality for Saucon Valley before the Colonial League tournament on Monday, Jan. 30.  Good luck Panthers, the Source is with you!

Varsity wrestlers of the match: 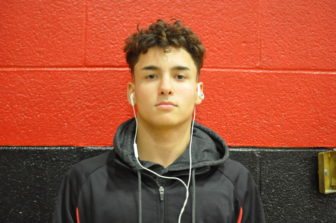 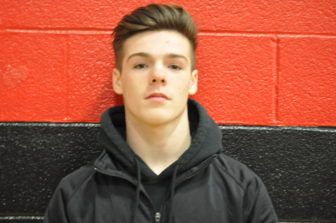 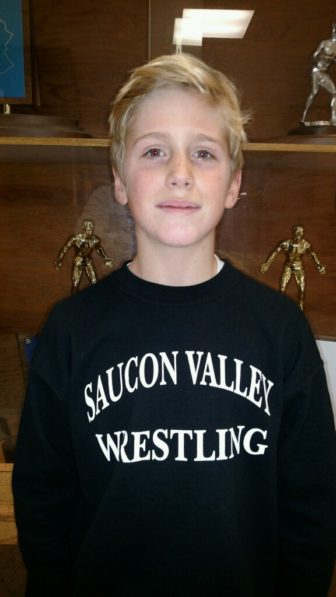 The Panther Junior High wrestling team was victorious against the Warriors 55-25.