A color run is an event in which runners are showered with colored powder made from food-grade corn starch at stations along the run.

The 100th anniversary Dewey Fire Company Carnival will be held in Hellertown’s Dimmick Park and at the fire company next door from Tuesday, July 14 to Sunday, July 19, 2015.

In addition to rides, games and food, this year’s carnival will feature a number of special events, such as a motorcycle festival (“Bikefest”) featuring an appearance by reality TV star Paul Teutel Sr. of Orange County Choppers, a Color Run, and the Dewey Fire Co. Centennial Carnival Celebration Cruise (a classic car show/cruise).

A different concert is planned for each day of the carnival, although some of the acts have yet to be named. 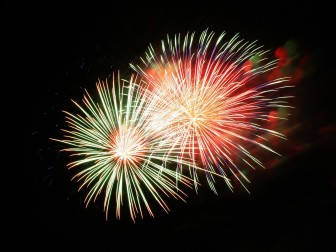 Traditional draws–such as the popular $20 Ride Night and a Friday night fireworks show–will also be part of the 2015 Dewey carnival.

Below is a condensed snapshot of events that are currently planned.

Stay tuned for additional details to be released, and like the Facebook page for this year’s carnival to stay up to date.