Lower Saucon Township Police Cpl. Tim Connell confirmed Monday that a ‘No Left Turn’ sign is supposed to be installed at one of the three entrances to the Giant shopping center parking lot on Leithsville Road, to prevent northbound traffic from circumventing the traffic light at the center’s main entrance. 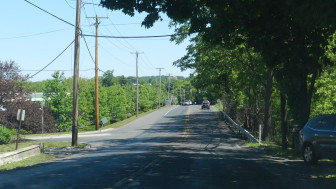 Motorists who turn into the south entrance to the Lower Saucon Township Giant shopping center (pictured at left) may be trying to circumvent the light at the main entrance further north on Rt. 412.

After a Facebook thread about drivers making risky left-hand turns at the south entrance inspired an article on Saucon Source, Connell said the township’s zoning department reviewed the original site plans for the center, which opened in 2002.

“There was supposed to be a sign stating ‘no left turn,’ and this was a requirement of the PennDOT permit issued to the property management company,” Connell said in an email. “It is believed that the sign was posted, (but) it is unknown why the sign is no longer there.”

He said the township zoning officer will be contacting the property management company to have the sign reposted.

The shopping center is owned by ARP Hellertown LLC, according to online Northampton County property records which list the owner’s mailing address as “c/o Ahold Financial Services” in Carlisle, Pa. Ahold is the parent company of Giant Food Stores LLC, which is also known as Giant-Carlisle. 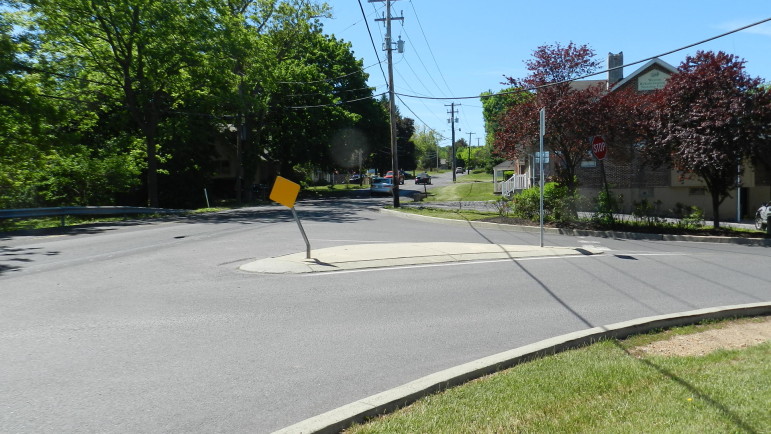 A number of Saucon Source readers said the southernmost entrance to the Creekside Marketplace (Giant) shopping center in Lower Saucon Township is dangerous one because northbound motorists on Rt. 412 frequently turn into it–even though it wasn’t designed for that turning movement.