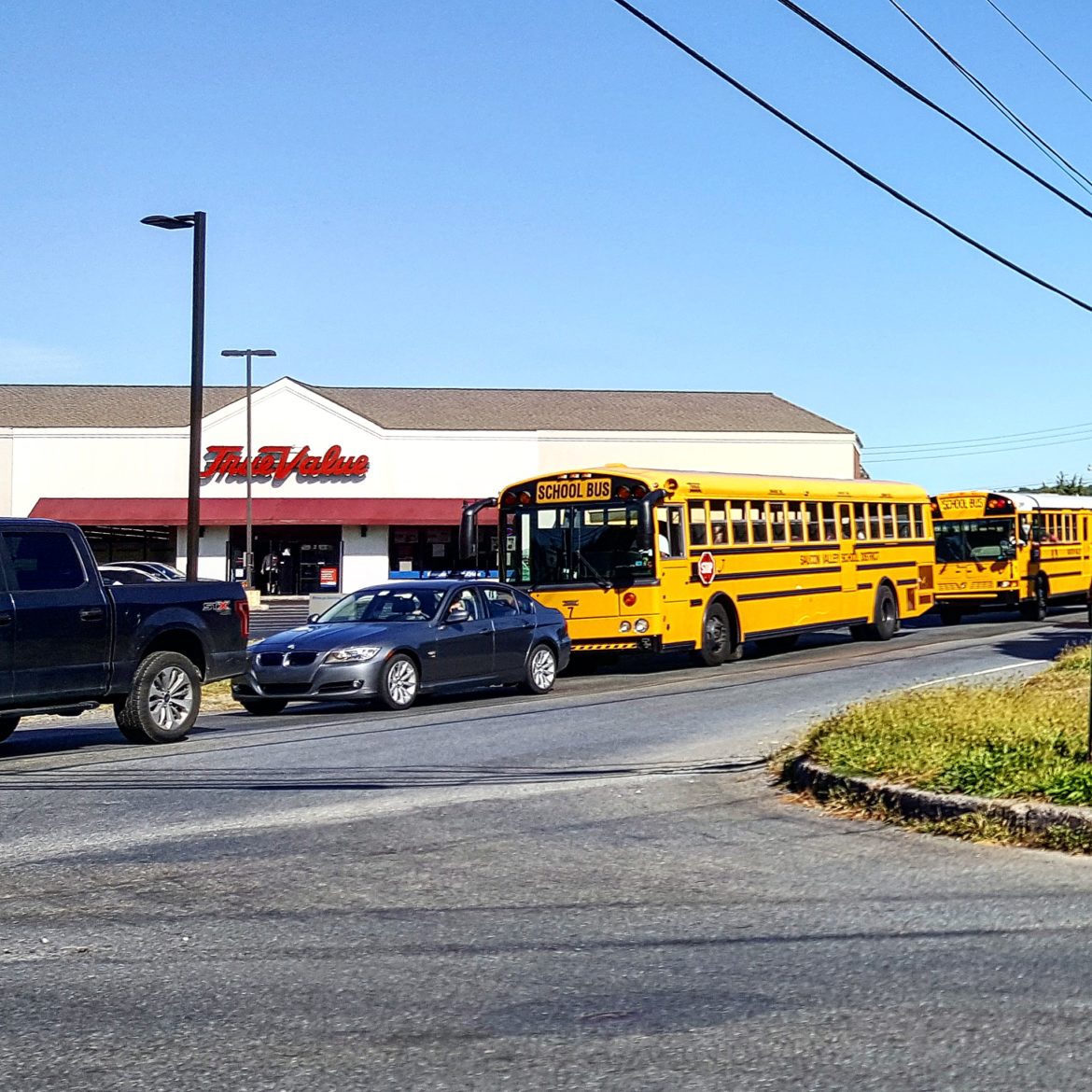 A line of cars and school buses waits to turn off Polk Valley Road onto Rt. 412 on the border of Hellertown and Lower Saucon Township.

Many residents of the Saucon Valley think an additional traffic light is needed at one or more local intersections.

In an informal poll posted on publisher Josh Popichak’s Facebook page Monday, there were nearly 100 responses to the question: “If you could add a traffic light to one intersection in Hellertown or Lower Saucon Township, what would it be?”

The intersection that received the most requests for a light by far is on the border of the two municipalities, at Polk Valley Road and Main Street (Rt. 412).

Several years ago a traffic light was planned for installation there, with engineering studies conducted at a cost of hundreds of thousands of dollars.

The plans hit a snag after Hellertown officials withdrew their support for the proposal, citing the fact that the nearby light at Walnut and Main streets can be used by motorists turning left (south) onto Rt. 412. It was stated that buses traveling to and from the Saucon Valley School District campus could use that intersection, although a photo taken Tuesday afternoon at the end of the school day shows several buses lined up, waiting to turn at Polk Valley Road and Main Street.

After Hellertown backed away from the plan, Lower Saucon Township officials also withdrew their support for the light in September 2013.

WFMZ reported in an article published at the time that former township council member Tom Maxfield predicted that council would eventually revisit the proposal, although in the past four years that has not happened. 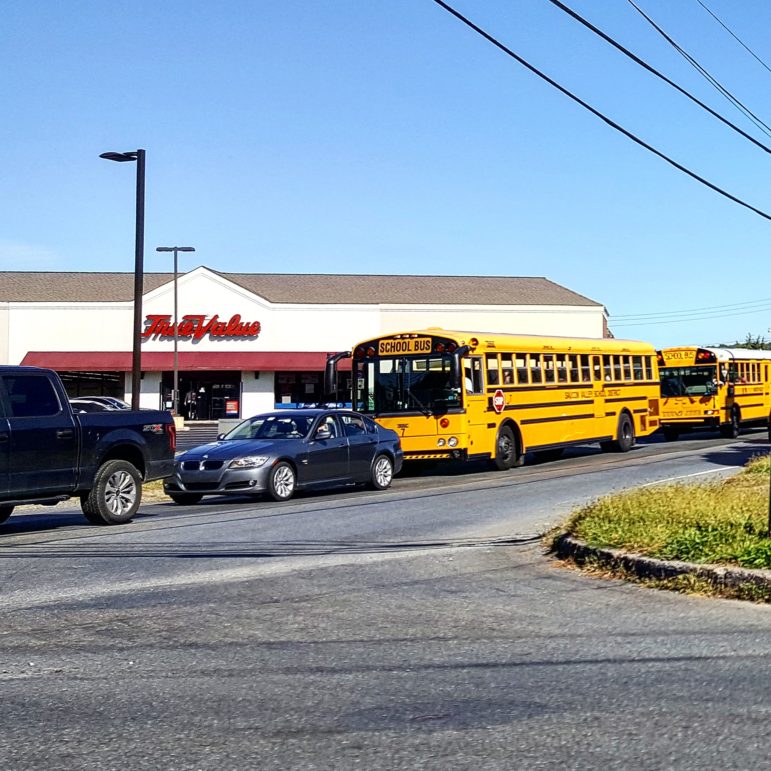 A line of cars and school buses waits to turn off Polk Valley Road onto Rt. 412 on the border of Hellertown and Lower Saucon Township on Tuesday.

Installing a light at Polk Valley and Main Street could also complicate traffic patterns for several nearby businesses whose driveways empty onto Rt. 412 close to the intersection, and would necessitate the taking of small amounts of land at the two corners, in order to widen that side of the intersection.

The other Saucon Valley intersections readers said would be improved if a light were added, in no particular order, are:

It is important to note that in order for an intersection to qualify for a light, it must be studied and it must be determined that it meets certain Pennsylvania Department of Transportation (PennDOT) criteria, including having adequate lines of sight in all directions and a traffic volume significant enough to warrant a light.

PennDOT’s criteria are based on those that are defined in the Federal Highway Administration’s Manual on Uniform Traffic Control Devices for Streets and Highways, which are used to help limit liability.

Do you think any additional traffic lights are needed at Saucon Valley intersections? If not, why not? If you think there’s an intersection that needs a traffic light, tell us which one you’d like to see improved in the comments.