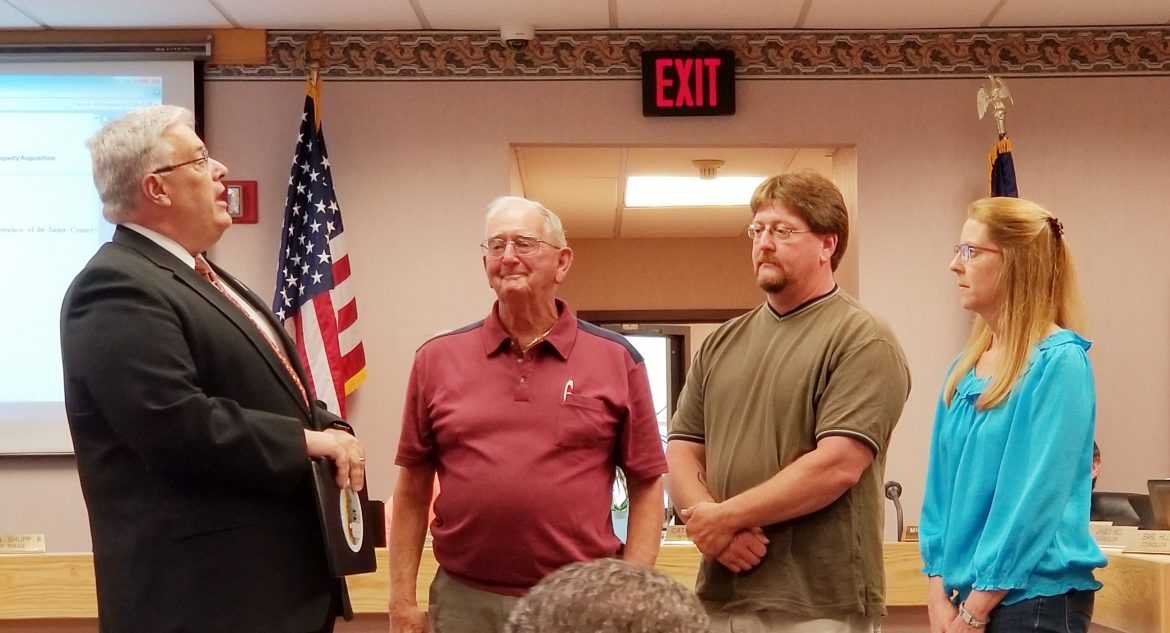 Hellertown mayor David Heintzelman recognizes Dale Kichline and his children Kevin and Carrie for their service to the community as owner-employees of Kichline's Service Station, which closed at the end of May.

A Hellertown family that owned a business in the borough for more than 55 years until its closure at the end of May was recognized for their longevity and loyalty to the community at borough council’s meeting Monday night.

Hellertown mayor David Heintzelman read a proclamation in honor of Kichline’s owners Dale and Virginia Kichline and their children Kevin and Keri, who worked together with their parents overseeing various aspects of the automotive-related business which was located at 193 Front Street.

In recognizing the family, Heintzelman noted that the close-knit Kichlines have spent a lot of time serving borough residents as well as the borough itself, notably as the police department’s towing provider for many years.

Dale and Virginia started their business just two years after they were married in 1959, and Dale had to sell his wife’s car in order to afford the purchase of his tow truck, Heintzelman noted.

The business eventually grew to include a tire and auto parts warehouse, following the purchase of the former Geyer Tire.

The Kichlines previously said they had decided to retire and take some time off after many years of working long hours in challenging conditions.

“We will miss you,” Heintzelman told them, before proclaiming June 4, 2018 “Dale and Virginia Kichline Day” in Hellertown borough. 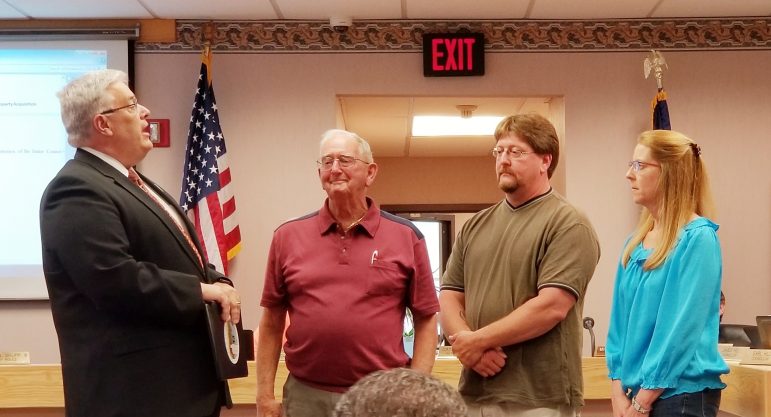 Hellertown mayor David Heintzelman recognizes Dale Kichline and his children Kevin and Keri for their service to the community as owner-employees of Kichline’s Service Station, which closed at the end of May.