This week’s playoff contest was moved to Sunday morning and played on a surprisingly decent condition field at Dimmick Park in Hellertown. It featured the only remaining Panther team–the 120 Pound Varsity team–vs. the Bangor Slaters.

The teams played to a 0-0 first quarter tie and seemed to be feeling each other out. The momentum started to build on a brilliant interception return for a touchdown by Landon Beckowski, but that play was unfortunately nullified by a penalty. However, as the 2nd quarter got underway the Panthers got on the board thanks to a 62-yard touchdown run by Constantine Donahue. And wait… there’s more. Later in the quarter, he struck again with a 33-yard score. The defense held firm, and kept the shutout going for a 14-0 halftime lead.

The third quarter featured more of the same strong defense while Constantine added two more touchdowns and saw him finish the game with over 250 rushing yards. 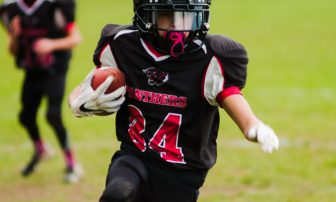 The swarming defense was gang-tackling all game with most tackles having at least two players involved. Nathaniel Snyder led the defense with eight tackles including a 4th down stop to create a turnover. Landon Beckowski had six tackles and an interception. Constantine Donahue had four tackles and a pass deflection, while Andrew Gilbert and Jackson Albert each had an interception and combined for five tackles. The defense did let a Slater receiver sneak behind their coverage for the only score they gave up in the game, which ended with a 28-7 Panther victory.

Coach Brown spoke about the team as a whole and called it a great team win (as again they dominated in all three phases). He credited the defensive and offensive lines and praised the effort of the entire team.

Looking to the championship game on Sunday, Nov. 4 at 2 p.m. at Northern Lehigh, he said that they will be facing Northwestern, who are the top seed. The Tigers are another undefeated team who play good team defense and feature a couple of outstanding running backs, he said.

If I didn’t know better I would have sworn he was talking about the Panthers.

It seems like it should be a very even matchup. We’ll find out Sunday.

Please be sure to turn out to support your hometown team as they try to bring home the championship trophy. The game will be played at Northern Lehigh Stadium, 1 Bulldog Lane, Slatington, Pa. 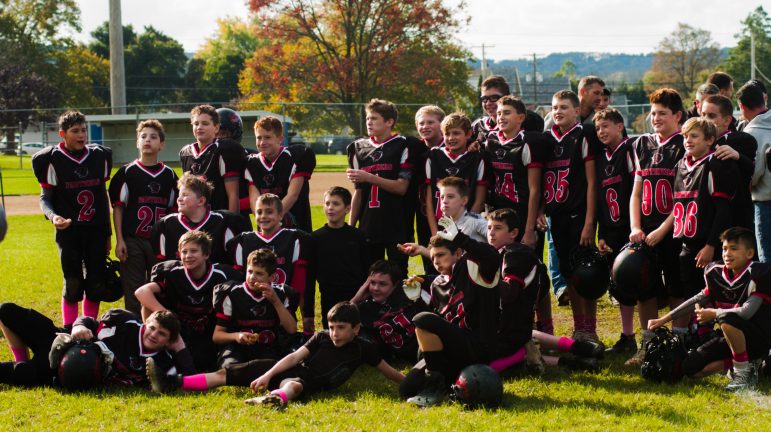