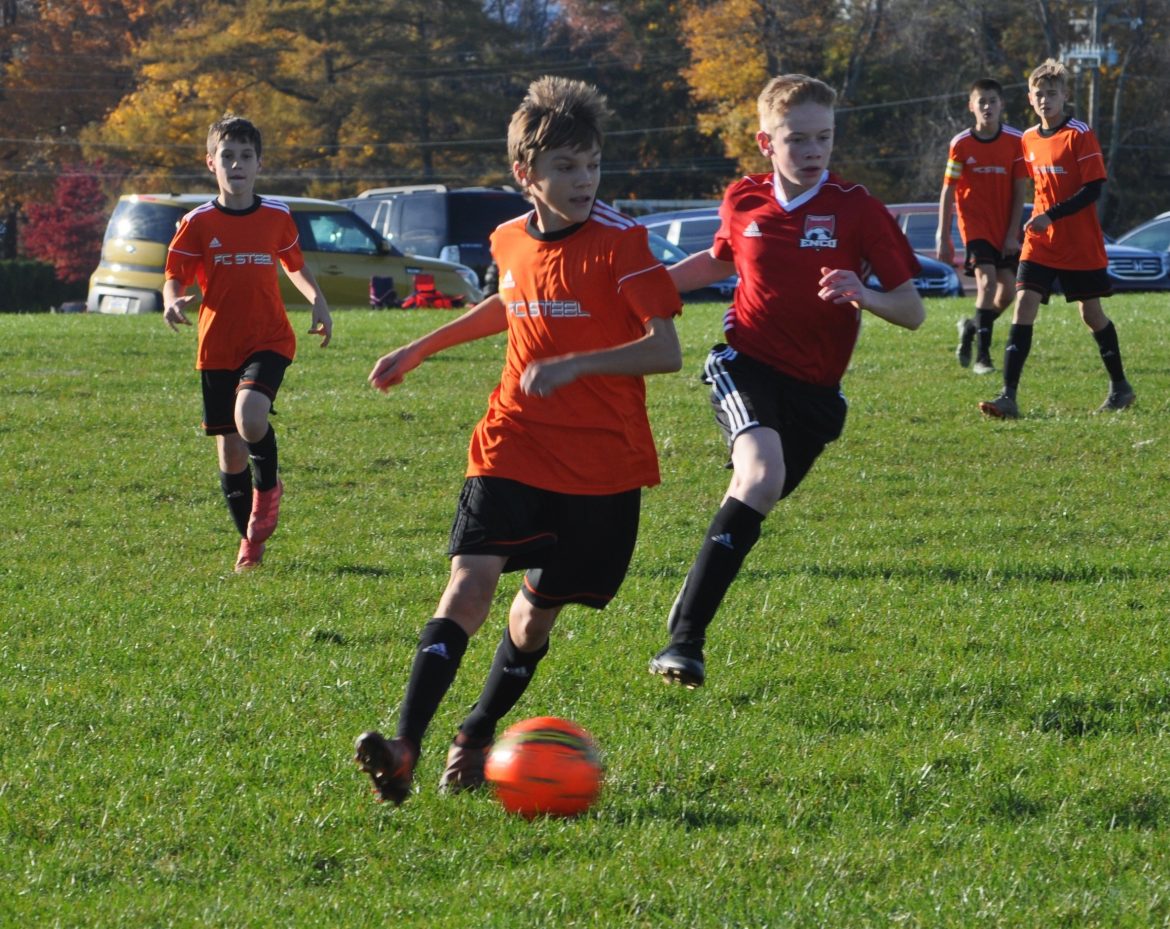 FC Steel continues its run through the ultra-competitive EDP league.

FC Steel, a youth soccer organization that is headquartered in Saucon Valley, had their teams back in action over the weekend.  Both FC Steel boys’ and girls’ teams are participating in the prestigious Eastern Development Program (EDP) this year.  The EDP league is an ultra-competitive travel soccer league that arranges for high-level teams to compete against one another on a routine basis. The EDP league is a regional league meaning teams can expect to play other quality teams that are located in Maryland, Virginia, Pennsylvania, New Jersey and Delaware.

Here is the current state of  FC Steel…… 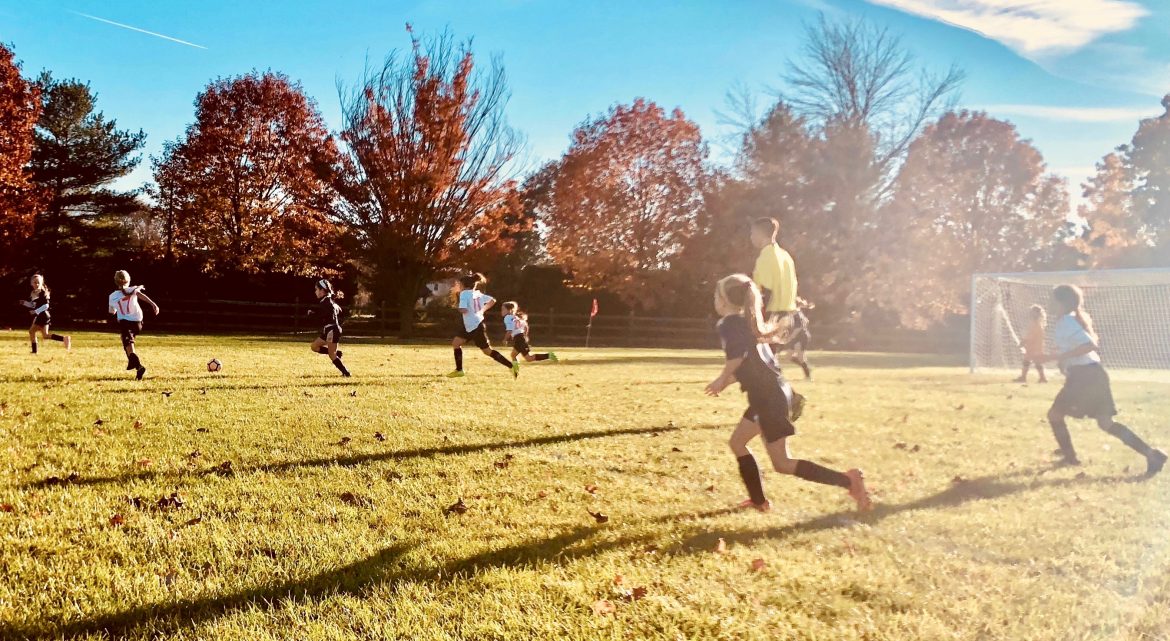 The FC Steel 09 Girls getting their game on.

The ’09 Girls played the HAVV Wolves Sunday afternoon in a very physical game of soccer.  Only :24 seconds into the game, Athena Kolokas secured the first goal of the afternoon.  The Wolves answered back :40 seconds later to tie it up 1-1.  A pair of late goals in the half gave the Wolves a 3-1 advantage at the break.  During the second half, each team would add a goal to make it a 4-2 final.  With one game remaining, Steel has control of their destiny and can outright win the division title.  Good Luck Girls! 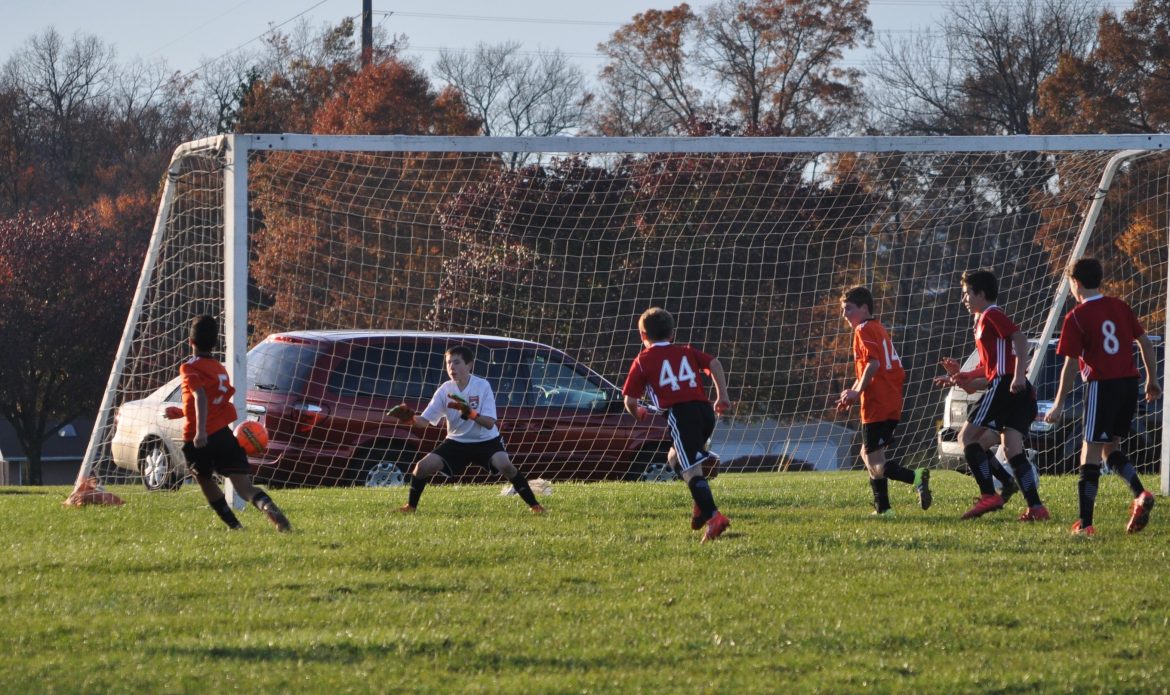 FC Steel’s Valentin Lezcano scored the only goal of the first half in Sunday’s battle with ENCO.  But the Steelers Josh Lee got it going on in the second half.  After a number of near misses, Lee connected for a second-half hat-trick as Steel cruised down the stretch for the victory.  ENCO did find the back of the net with a just under five minutes remaining to make it a 4-1 final.  However, with the victory FC Steel ’06 Orange climbed to the top of the EDP leaderboard with only two games left to play. 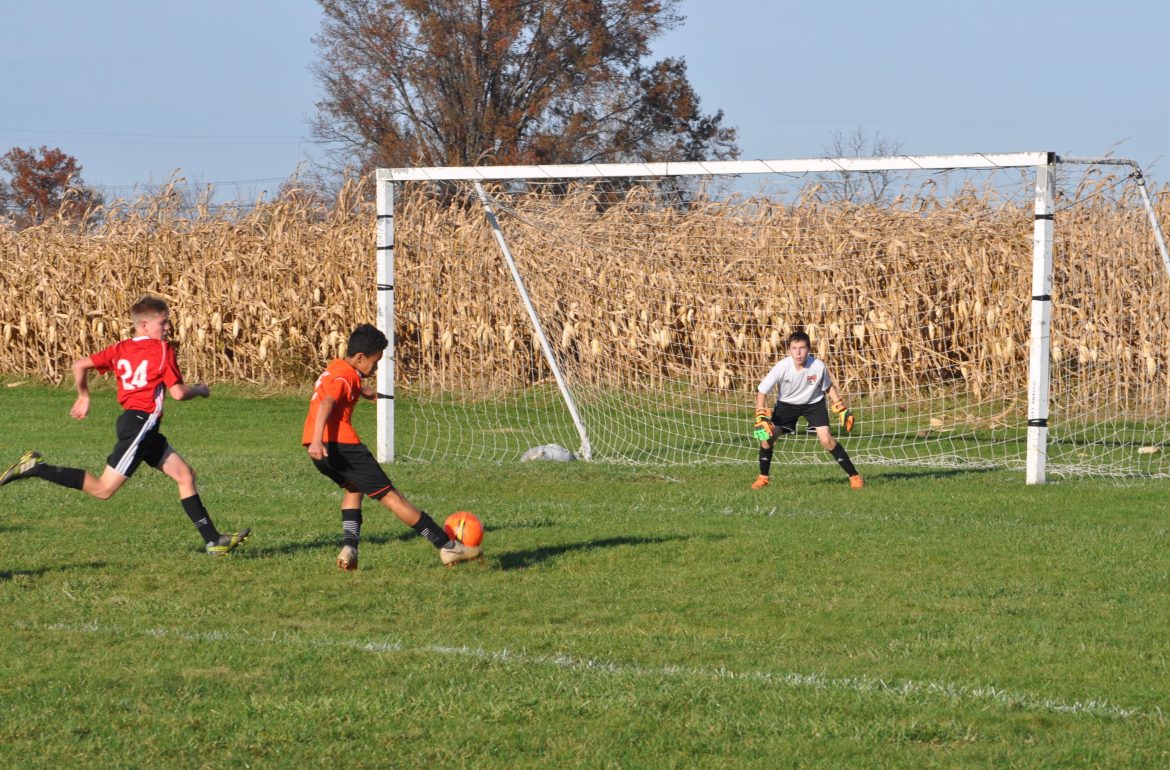 The ’06 Black team received an awesome goal from Abel Veltri but it wasn’t enough to overcome the high-flying offense of Perth-Amboy.  Johnny Kittelstad and Jeffery Holzbauer battled hard on the back end for Steel while Martin and Sebastian Jaramillo- Zamora along with Chase “Bam-Bam” Sleboda played with great effort throughout the game.

In this weekend’s action, FC Steel Orange ’07 Boys team played the first of two games on Saturday at Wayne, NJ.  Steel played a very strong EPIC-Sporting Stars 2007 Blue team. The Steelers played hard but were handed a tough loss in this battle. In the first half, being down 5-0 the team was awarded a free kick where Jayden Vasquez took a beautiful shot that went over the goalie to put the Steel on the scoreboard. In the second half, EPIC proved that they weren’t going to be denied a win and added two more scores before surrendering a fast break opportunity to Daunte Keen for a Steeler goal to make it a 7-2 final.

In the second game of the weekend the FC Steel Orange ’07 boys team took a tough loss at the hands of Union County Football Club From Westfield NJ. In the first half the Steel boys were down 1-0 until Josh Hudak was able to get through the defense and even the score to end the half. In the second half, the boys played hard but UCFC proved to be too strong adding three more goals with their crisp passing and dribbling to make it a 4-1 final. 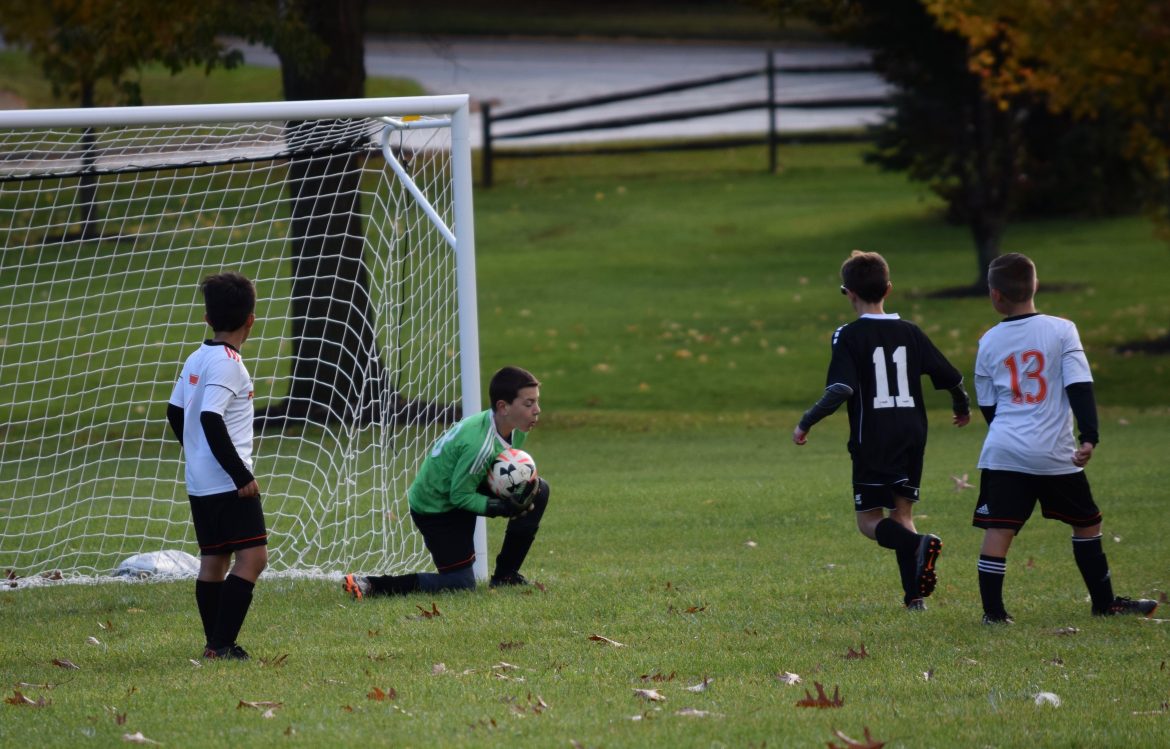 After a string of byes and rainouts, the ’08 FC Steel Boys team looked to shake off the rust and come out strong to start the second half of their EDP league play.  Hosting the Keystone Athletic Grifos, the Steel were unable to generate much offense and by halftime found themselves down 4-0.  Even after making some halftime adjustments, the Steel were unable to do much against the Keystone team, ultimately losing 6-1.  Hayden Sampson, assisted by Lorenzo LoPiccolo, was able to muster the only tally for the Steel.  With a 1-3-1 league record, next week is a critical week for the boys as they play two must-win EDP games in attempt to get into the top half of the league standings. 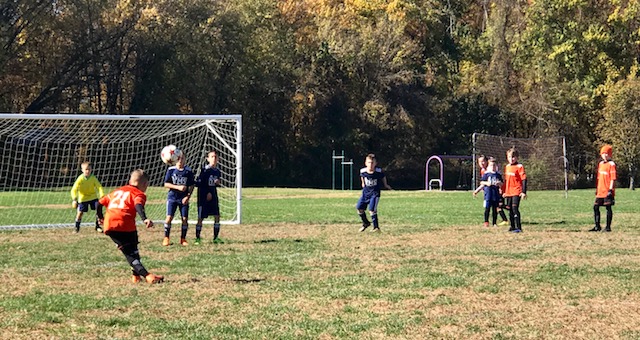 The ’09 Boys taking advantage of an opportunity against YMS.

The fall season ended for the ’09 boys Sunday with a true soccer battle between FC Steel and the Yardley-Makefield Soccer Club. Steel got the lead in the first half with a goal by Tanner Heckman off a direct kick. Despite being up 1-0 at the start of the second half, Yardley-Makefield countered with a goal to tie up the score. Although the Steel boys fought hard through the rest of the game with multiple shots on goal and great defensive and goalie saves, Yardley-Makefield converted a breakaway with five minutes left in the game to secure a 2-1 victory. Even with this close game ending in a loss, the boys fought and played their hearts out.  These die-hard Steelers now look forward to training and playing together this winter! 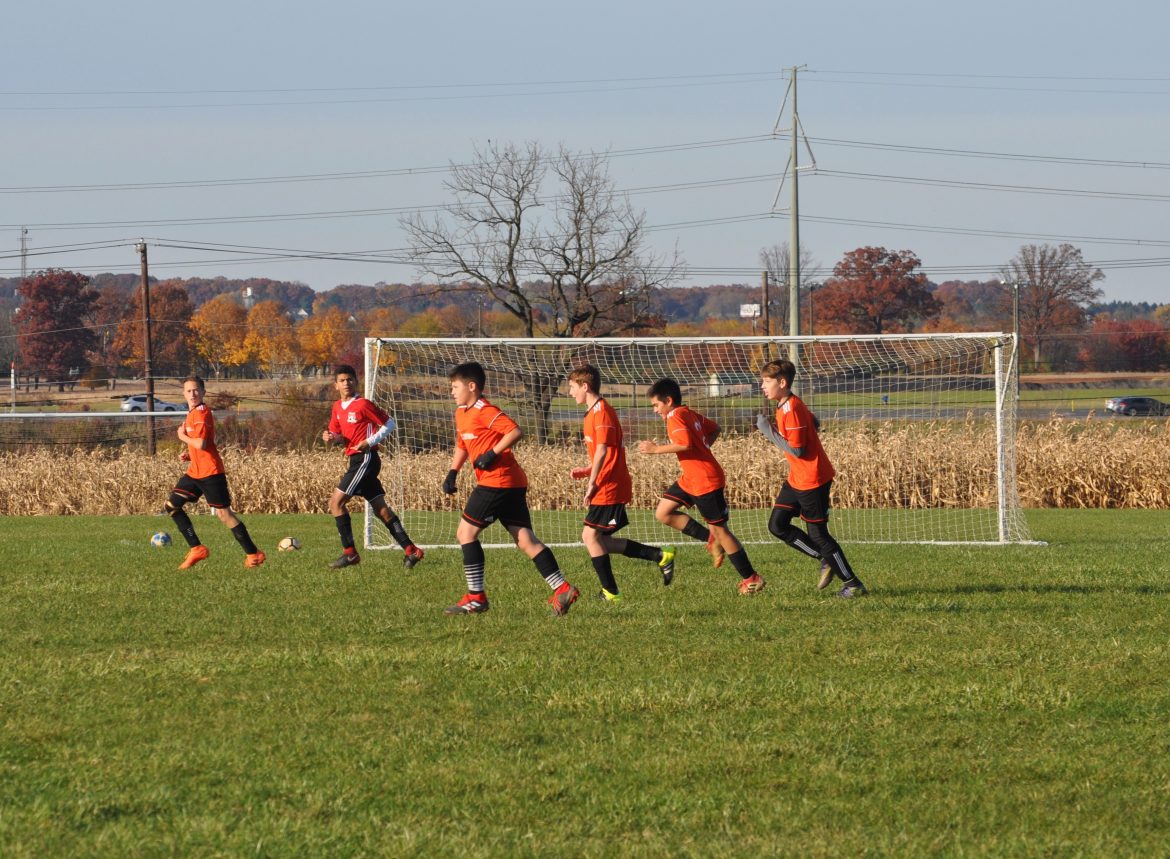 FC Steel marching toward a couple of EDP division titles.

Good luck Steel, the Source is with you!

FC Steel: State of the Steel