The reality of distracted driving and how it can shatter lives in seconds was brought home for Saucon Valley High School students Wednesday with a presentation by Philadelphia-area attorney Joel Feldman, who lost his 21-year-old daughter in a distracted driving accident.

Casey Feldman was an aspiring journalist and senior at Fordham University when she was struck and killed by a driver who briefly took his eyes off the road as she walked to her summer waitressing job in Ocean City, New Jersey, one afternoon in July 2009. 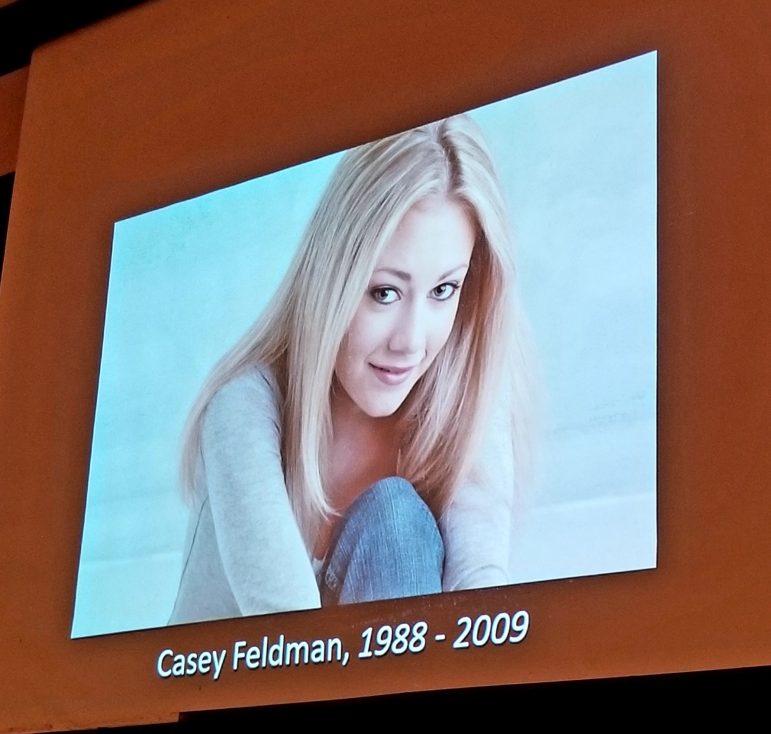 Casey Feldman was just 21 and a senior majoring in journalism at Fordham University when she was struck and killed by a distracted driver while walking across a street in Ocean City, N.J., in July 2009. Since then her father has made it his life’s mission to educate others about the dangers of distracted driving.

Since then, her father has made it his mission to share her story with thousands of teens and adults, who he noted often characterize distracted driving quite differently.

After showing them a brief video of a distracted driver operating a bus in Quebec, Canada, Feldman asked students to tell him what descriptive word first came to mind.

Someone said the driver was “irresponsible,” and Feldman said young people often use that word, along with “selfish,” to describe distracted drivers.

Adults on the other hand will often characterize distracted driving as “scary,” “risky” or “dangerous,” which Feldman and students hypothesized is a kind of deflection, since so many adults themselves are guilty of distracted driving.

In fact, Feldman called himself a “recovering distracted driver.” 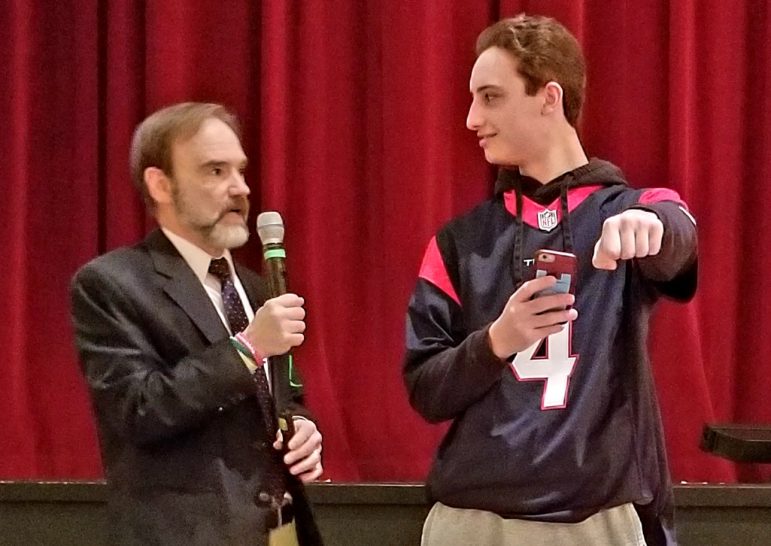 In contrast, many adults caught driving distractedly fall back on excuses to help rationalize their behavior, even after being found guilty in a court of law.

In the criminal case that involved his daughter, Feldman said the 50-something male motorist who killed her told the judge at his sentencing that, “I only looked away for a few seconds.”

Looking down at a phone for a few seconds and then up at the road for a second or two is not safe, he stressed, because research has shown that a couple of seconds isn’t enough time to re-orient one’s self to the road.

“I’ve never been in a crash before,” is another phrase commonly uttered by distracted drivers found guilty of causing accidents like one that paralyzed from the neck down a boy named Xavier Davis-Bilbo or “Little X,” said Feldman, who noted the driver in that case had to be alerted by panic-stricken bystanders that she was driving with the boy still stuck underneath her vehicle.

Today, Little X can only breathe with the help of a respirator. 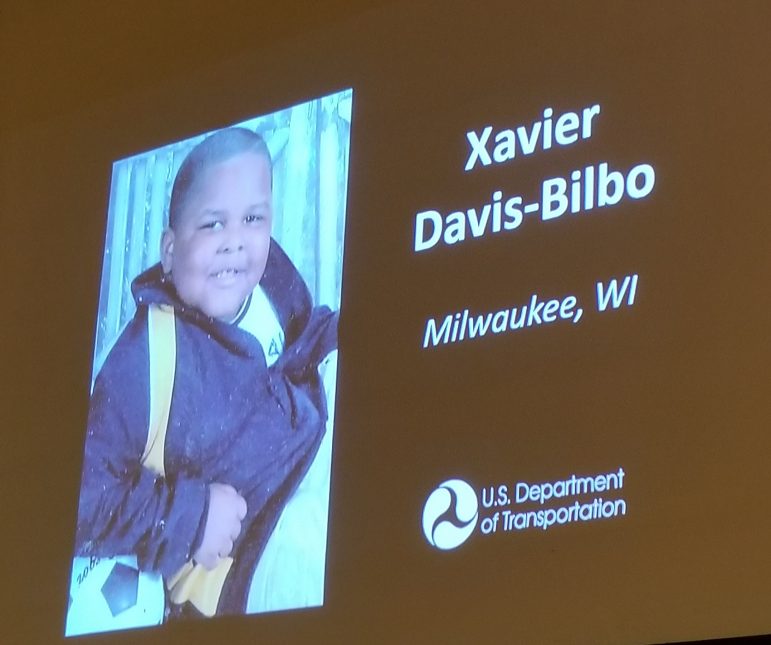 This little boy from Milwaukee, Wisc., was left a quadraplegic after he was struck and dragged down the street by a distracted driver.

“You guys are the most important people in the world to us,” Feldman told students.

He encouraged them to do the right thing by speaking up when they see a friend or family member engaging in distracted driving.

“You have your entire lives in front of you, and I know it can be taken from you in just a few seconds,” he said.

For more information about distracted driving and its dangers, visit the Casey Feldman Memorial Foundation website. 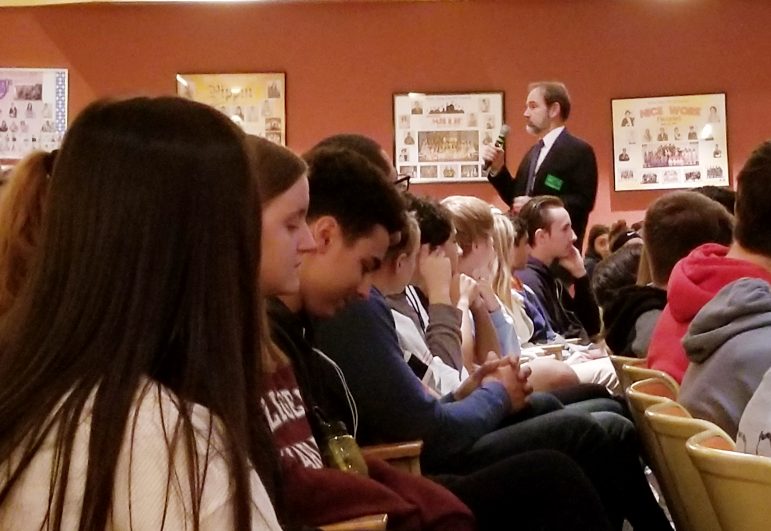 Philadelphia-area attorney Joel Feldman shares the story of his daughter Casey, and what happened to her because of a distracted driver, because she is unable to share it herself.