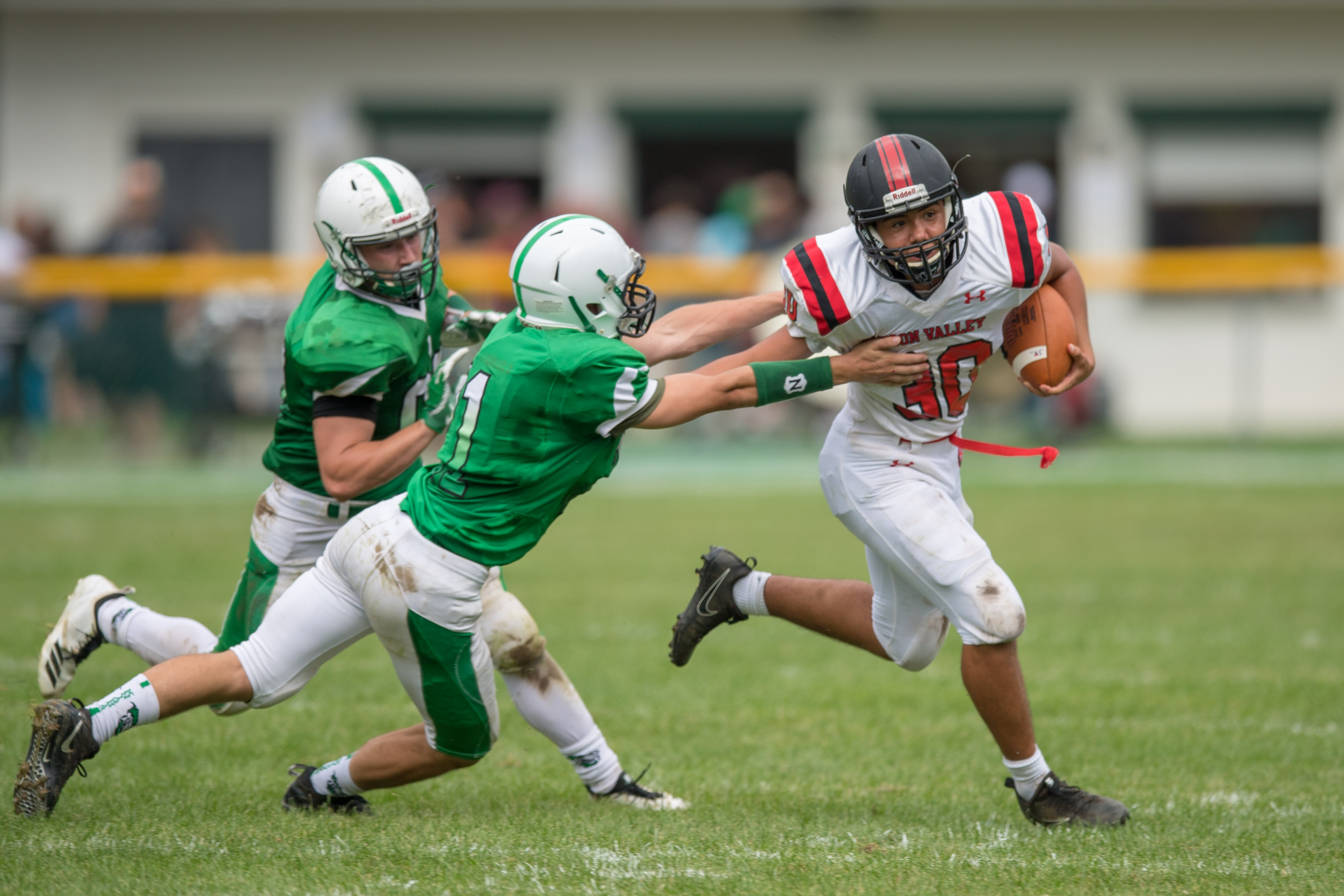 Once again, let’s give a great BIG Saucon Source “shout-out” to Saucon Valley football stat gurus Bob Kessler and Rob Lofthouse! Bob and Rob go way above and beyond with their endeavor to keep track of the Saucon Valley Panther football teams.  We are truly thankful for their efforts.  Without their number-crunching and stat maintenance, this tribute to Panther record-holders would not be possible. Thanks, guys, Panther Nation surely appreciates what you do!

On the first day of highlighting Panther football record holders in 2018, Saucon Source wants to recognize Damian Garcia (#30).  He is only a freshman and is listed in the program at 5’9, 170.  Damian has quite a bit of varsity experience playing special teams, but his primary positions are outside-linebacker and running back.  As a ninth-grader, Damian has already made a mark in the record-books with his 72-yard dash from scrimmage.  His touchdown run against Lehighton in the 2018 District XI quarterfinals ties him for the 19th spot in the Panther record books.

Damian said it: “My most memorable moment probably has to be from the beginning of the season during a double-session practice. We were messing around in the locker-room and reenacting a scene from Magic Mike.”

Coach Sams said it:  “Damian was an impact freshman.  If Damian played in other programs he may have started at running back on the varsity team.  During the 2018 season he was a starter on many varsity special teams,  a junior varsity stud and a varsity running back who had two 100-yard games in just a half of work.  Damian has the ability to become an elite football player at Saucon Valley.”

Congratulations Damian, and best wishes in the future. The Source is with you!