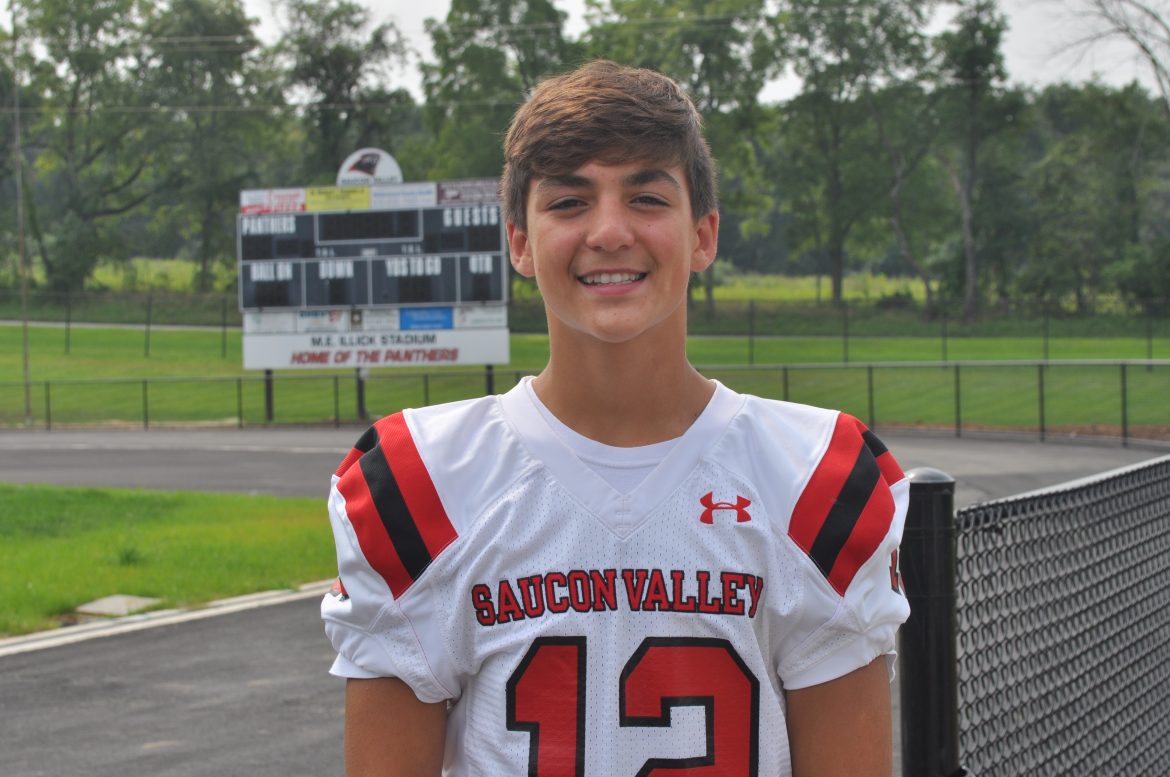 Checking in at 5’10”, 150 and wearing #12, Mahaffey earned the starting job as the Panther signal-caller with his talent and work ethic.  It is from the quarterback position that Dante built an 89.55 Quarterback Rating (QBR) following his inaugural season. (QBR is a measure of efficiency calculated by a quarterback’s passing attempts, completions, yards, touchdowns and interceptions).  Based on available Panther statistics, Mahaffey’s QBR is good for 5th spot in a single season and ties him in the 6th position for a career.

Dante said it: “My most memorable moment was definitely my first-ever Varsity start against Southern Lehigh in the season-opener.  It was my first varsity win, first interview, and it was against our rival!”.

Coach Sams said it:  “Dante is already in the top half of QB’s in the Colonial League.  I have heard that he was awesome for a freshman.  I would argue that he plays awesome for any age.  For what he has done and the situations he has handled was amazing.  Dante is a hard-working, dedicated young man with talent. This is why he has success.  We cannot wait to see what he can do for the next three years.”

Congratulations Dante, and best wishes in the future. The Source is with you!