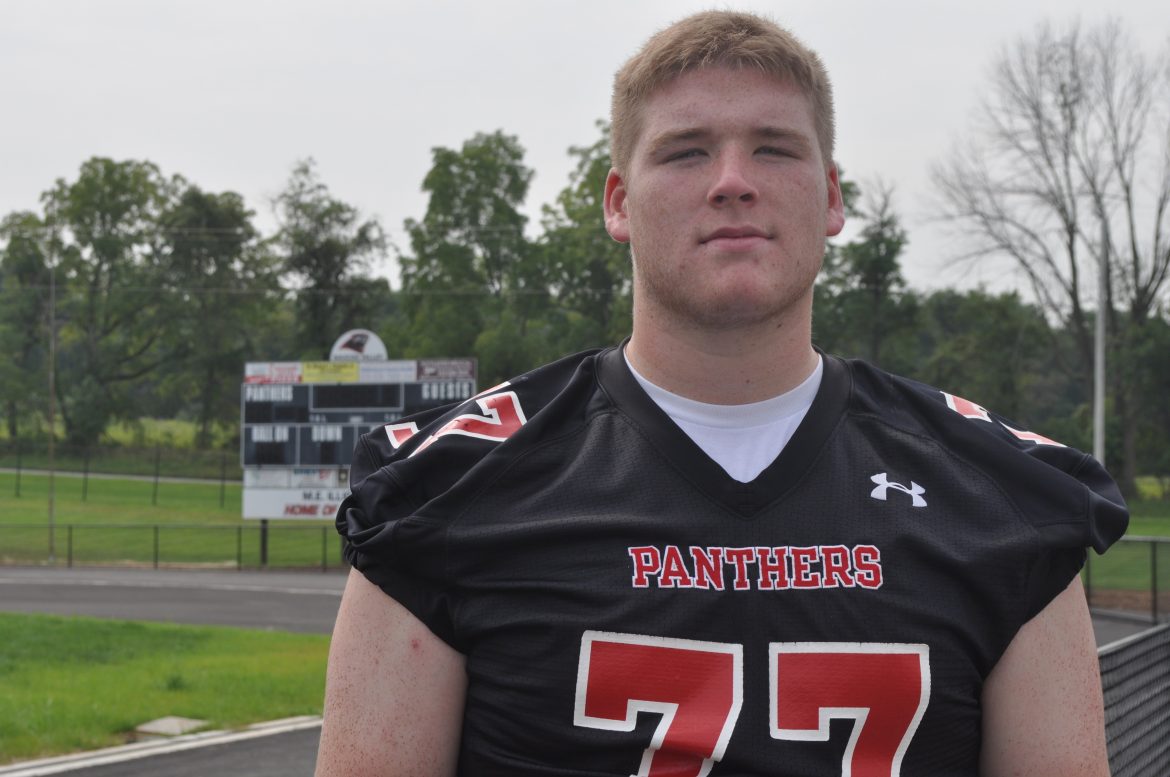 Who’s the last Panther to be a unanimous selection as a Colonial League 1st Team All-Star?  Mike Kane was unanimously selected as a tight end in 2015.

Tim said it:“The most memorable moments of my Saucon football career were the team bonding moments like the two a days practices.  Also, it was a great senior season filled with ups and downs. I wouldn’t want to experience any of those ups and downs with any other group of kids.”

Coach Sams said it: “Tim dominated during the 2018 season and that is why he was voted as the only unanimous 1st team player in the Colonial League.  He achieved that award at offensive tackle.  Tim also received 1st Team All League honors at defensive tackle.  Tim was voted as a captain during the 2018 campaign and did an excellent job leading the team.  Furthermore, he has received over 20 full scholarships for football and this is a tribute to his dedication to football and his performance on the field.  A player of Tim’s caliber only comes along so often and we are going to miss him.”

Congratulations Tim, and best wishes in the future. The Source is with you!