As part of an effort to better serve its customers, Giant Food Stores announced Monday that it has begun deploying robots to all of its stores. 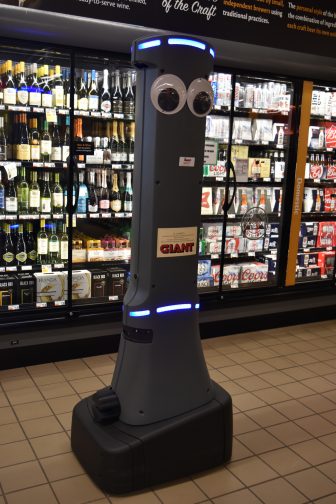 Marty the robot patrols the Beer & Wine Eatery inside a Giant Food Store.

“Following successful pilots that improved in-store efficiencies and freed employees up to better serve customers, Giant Food Stores today announced the introduction of a new robotic assistant to all of its 172 stores,” said spokeswoman Laura Jacobs in an email.

Giant said that over the past year it has been piloting robot Marty and its in-store robotic program in its stores at 4211 Union Deposit Road, Harrisburg, and 255 Spring Garden Street, Carlisle.

“Bringing robotics and A.I. from a research lab to the sales floor has been a very exciting journey, and we were thrilled by the customer response in our pilot stores,” said Nicholas Bertram, president, GIANT Food Stores. “Our associates have worked hard to bring this innovation to life with amazing partners.”

The in-store robots move around the store unassisted and are being used to identify hazards, such as liquid, powder and bulk food item spills, and to provide reporting that enables quick corrective action, according to the news release. 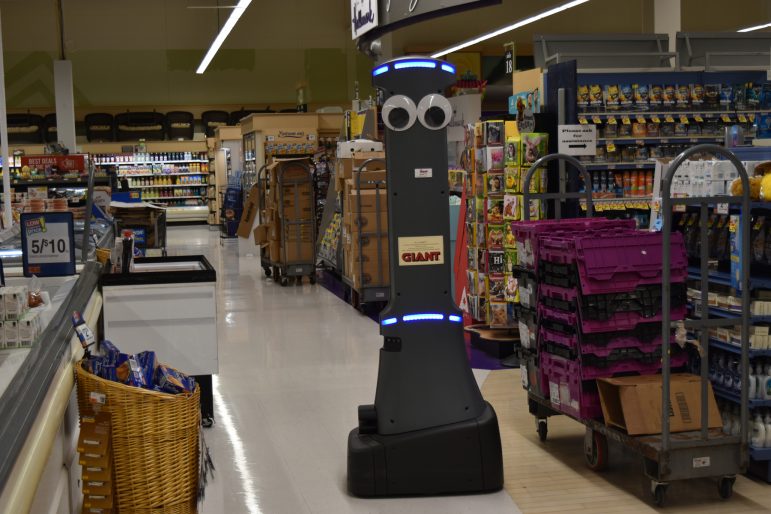 Marty patrols an aisle looking for spills in a Giant Food Store.

A 2018 thread on Reddit’s Mildly Interesting community about the robot includes observations from customers who’ve encountered it, thoughts about the implications of the use of robots in retail stores and other commentary.

Expect to see Marty in a Giant near you over the coming months, as he is deployed to stores company-wide in “waves,” with expected full deployment slated to be complete by mid-2019, the company said.

Locally there are nearby Giant stores at 1880 Leithsville Road, Hellertown, and 216 E. Fairmount St., Coopersburg.

The Giant store in Hellertown last month opened a Beer & Wine Eatery, where customers can purchase single bottles, six-packs and twelve-packs of beer as well as a selection of wine, for takeout or to enjoy in a cafe setting.

What do you think about the use of a robot named Marty in Giant stores? Tell us in a comment.