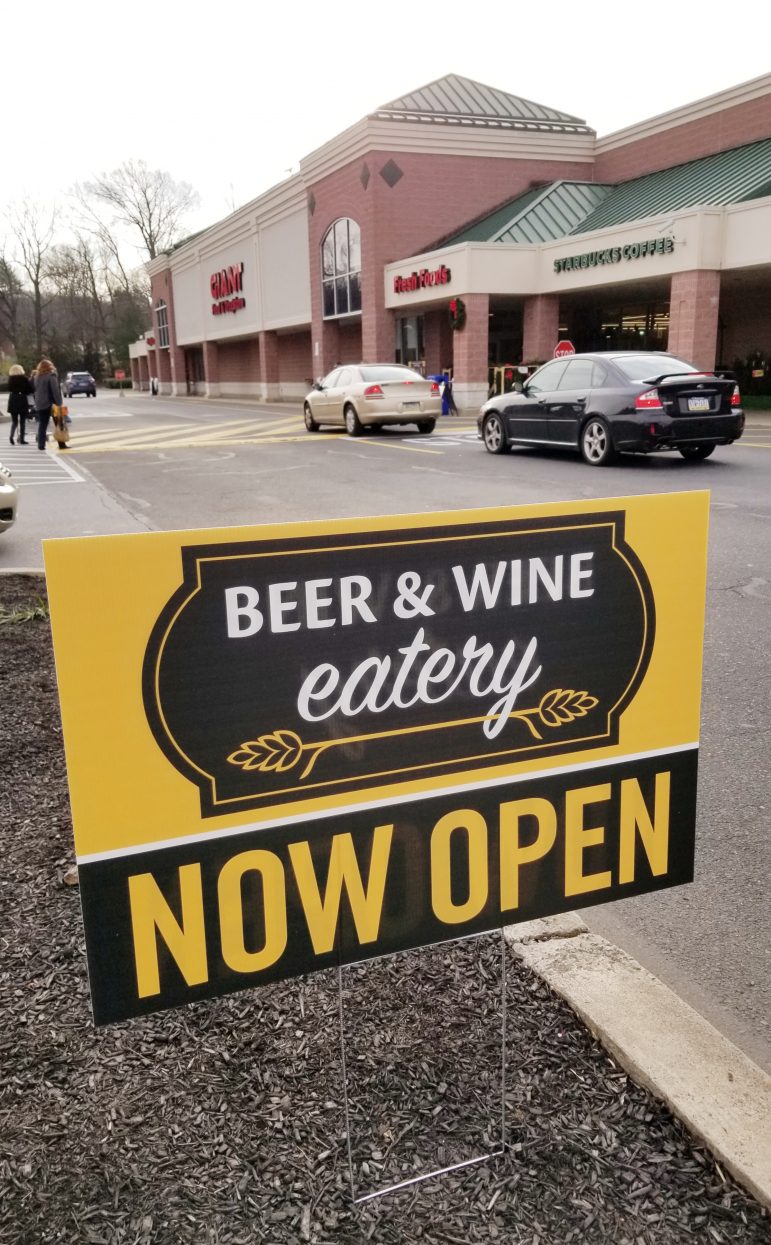 As of Wednesday, Dec. 12, 2018 customers were able to purchase beer and wine at a Saucon Valley supermarket for the first time. That’s when a new Beer & Wine Eatery debuted inside the Giant supermarket in the Creekside Marketplace Shopping Center on Leithsville Road (Rt. 412) in Lower Saucon Township.

After months of development and just in time for the holidays, a beer and wine store known as a Beer & Wine Eatery opened inside the Giant supermarket in the Creekside Marketplace shopping center on Leithsville Road in Lower Saucon Township Wednesday.

As of mid-afternoon the store was open and had some stocked beer coolers from which customers can buy six or 12-packs, or “Mix a 6” to create their own six-pack, as well as some cases of beer available for purchase, however its shelves were not yet fully stocked.

Per Pennsylvania law, all beer and wine sales must be made at a new separate register in the Beer & Wine Eatery.

A seating area where individuals can consume prepared foods along with beer and/or wine they have purchased is also required by law and is available for customers inside the eatery, which occupies formerly separate retail space adjacent to the supermarket that was last used as a fitness center. The Beer & Wine Eatery has a separate outside entrance to the parking lot as well as an interior entrance next to the Starbucks at the front of Giant in the produce department.

The Hellertown Giant is the latest Lehigh Valley grocery store to debut beer and wine sales, which have become increasingly common in supermarkets throughout the area since Pennsylvania’s liquor laws were overhauled to allow them several years ago.

Wine can also be purchased at the Wine & Spirits Shop in the shopping center, which also sells liquor.

Tell Us: Do you plan to shop at the new Beer & Wine Eater at Giant in Lower Saucon Township?

Customers at the new Beer & Wine Eatery in Giant can ‘mix a 6’ or create their own six-pack for $11.99 or purchase individual bottles of beer for $2.49. The store stocks a large selection of craft beers in addition to mainstream brands. 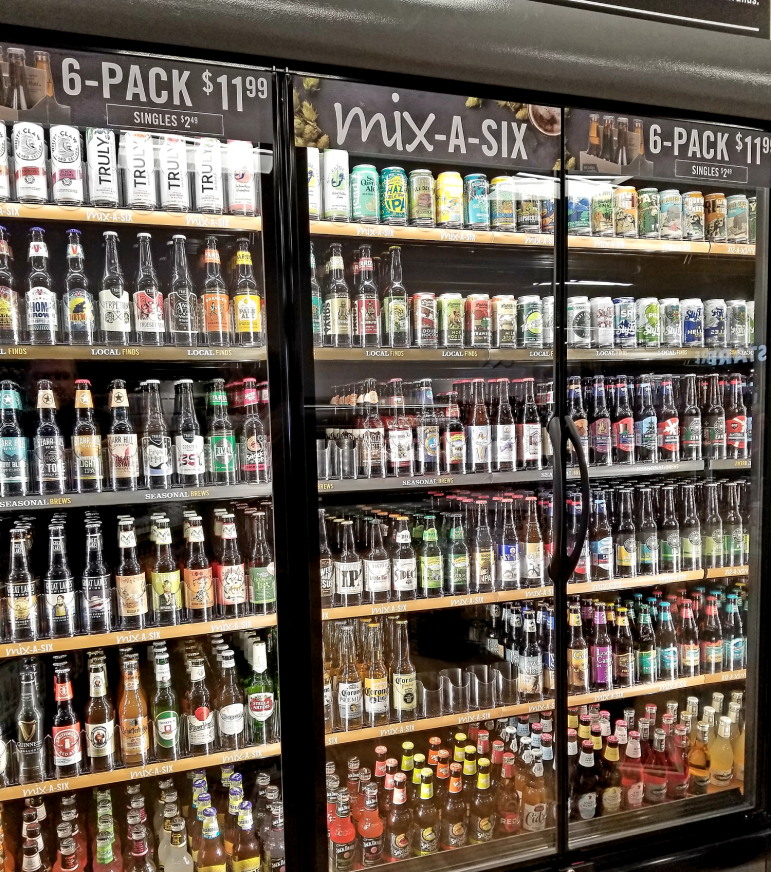 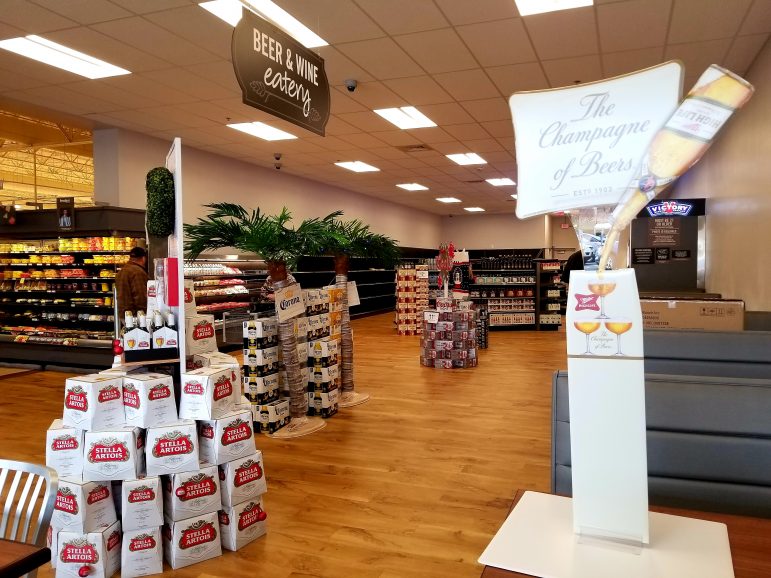 Pyramidal displays of popular beer brands like Stella Artois greeted some of the first shoppers in the new Beer & Wine Eatery in the Hellertown Giant store Wednesday. 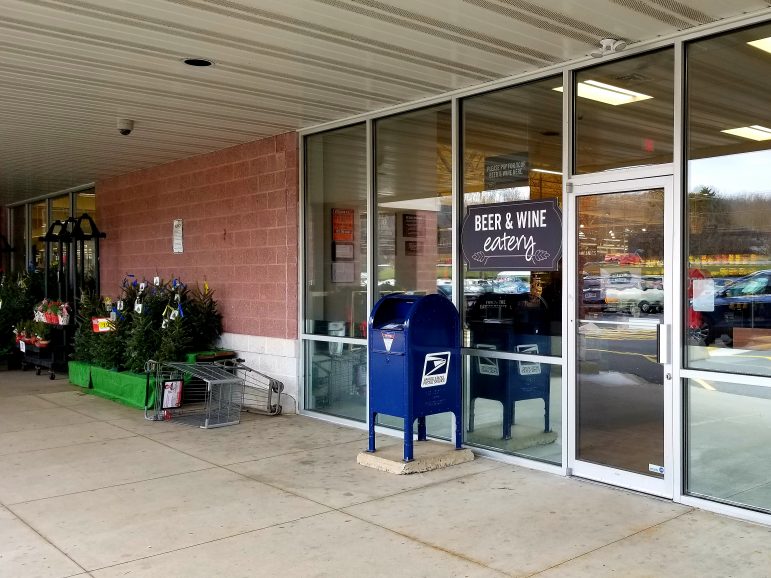 The new Beer & Wine Eatery at the Hellertown Giant has a separate outside entrance, which not all of the company’s in-store alcohol sections do.