UPDATE: The Springfield Township Police Department announced Wednesday, Jan. 23 that it had “located and identified the driver and trucking company involved in the tree and wires down incident from Jan. 22, 2019. The Springfield Township Police Department would like to thank the public for their interest and tips regarding this case.” Police did not say whether charges would be filed in the case.

Springfield Township Police are asking for the public’s help with identifying the driver of a tri-axle dump truck, who they say “caused significant power and telecommunication line damage in the Pleasant Valley area of the township” shortly after 5:30 a.m. Tuesday.

In a post published on their Crimewatch site, police said the damage occurred in the area of Springfield Elementary School, which is located at 1950 Rt. 212, Quakertown.

Police did not describe the damage in detail or provide an estimate of the damage.

“Anybody with information on the driver or trucking company is encouraged to contact the Springfield Township Police Department at 610-982-5411,” the post stated.

Tips can also be submitted via the department’s Crimewatch site.

The photo below is of the dump truck that allegedly caused the damage. 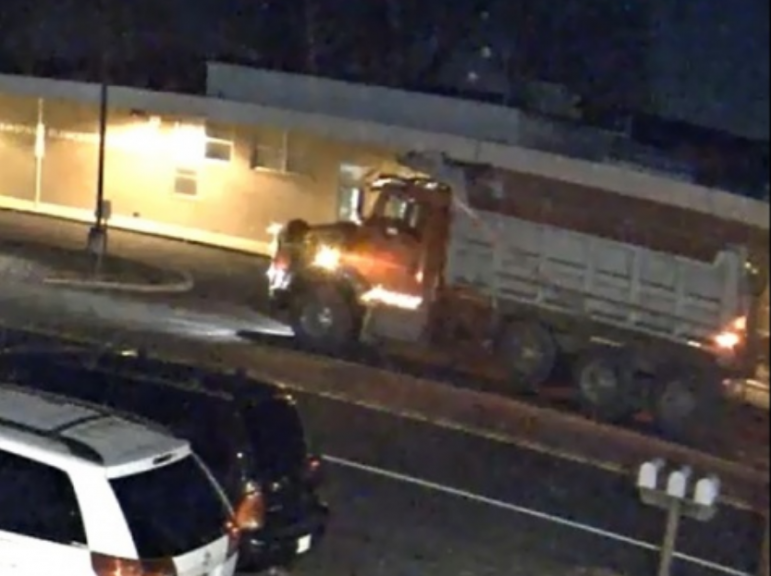 Springfield Township Police say the driver of this dump truck caused significant damage to a telecommunication line in Pleasant Valley early Tuesday morning. The building in the background appears to be Springfield Elementary School.