Gas going up got you down?

With Memorial Day and the start of the summer travel season a little more than a month away, gas prices in Hellertown are spiking to their highest level in nearly six months.

On Monday the price of a regular gallon of gas as reported by contributors on the website GasBuddy.com and via a survey of local filling stations was $2.97 at three of the four gas stations in the borough: Top Star Exxon, Citgo and the Sunoco at 701 Main Street. At Klein’s Sunoco on Main Street the price of a gallon of regular unleaded gas was $2.99 as of Monday morning. 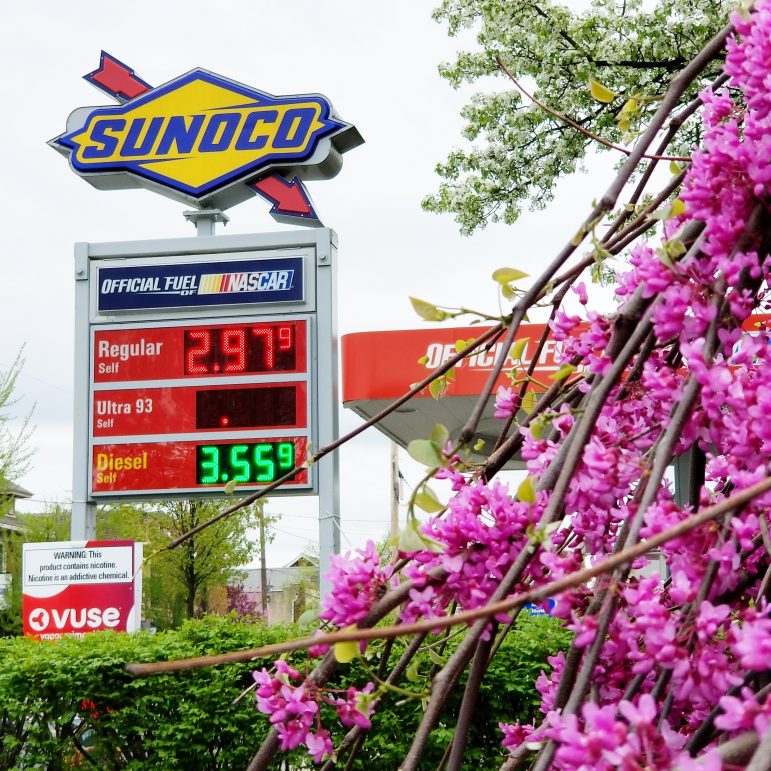 Just outside the borough, the price of gas was priced a bit lower at $2.92/gal. at the Turkey Hill at 1140 Hellertown Road, across from the I-78 interchange.

Why are gas prices rising? 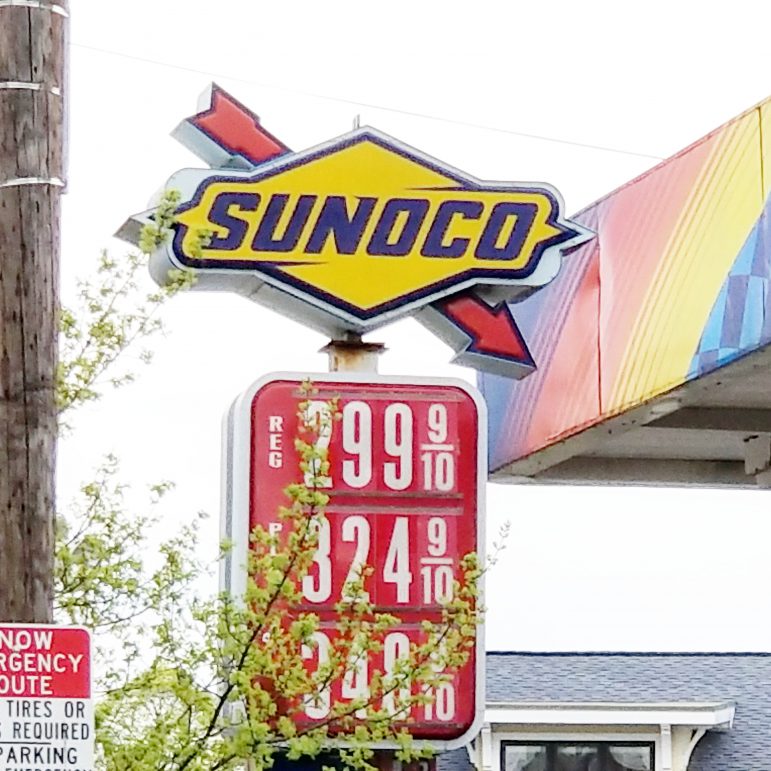 Klein’s Sunoco had the highest priced gas as of Monday morning’s survey of Saucon Valley gas prices. The station is one of the smaller ones in the area and also maintains loyal customers by offering full service pumps.

According to analysts cited in a NJ.com story, supply and demand is the main factor driving the gas prices that are causing some pain at the pump.

Gas prices often rise in the spring as suppliers switch to production of a mandatory-by-May-1 “summer blend” of gas that is costlier to produce, according to a 2013 Christian Science Monitor article that explains why.

“Refiners will start to pull down their inventory of winter gasoline well in advance of the May 1 deadline,” CSM reported. “On that date, all gasoline in the system has to meet the stricter requirements.”

The summer gas blend is also costlier to produce is because it contains less butane than the blend of gas that is sold during the winter months.

Currently the U.S. average price of a gallon of regular unleaded gas is $2.83, which is nine cents per gallon higher than it was a year ago at this time.

Tell us: Are rising gas prices affecting you? If so, how? How do you save money on gas? 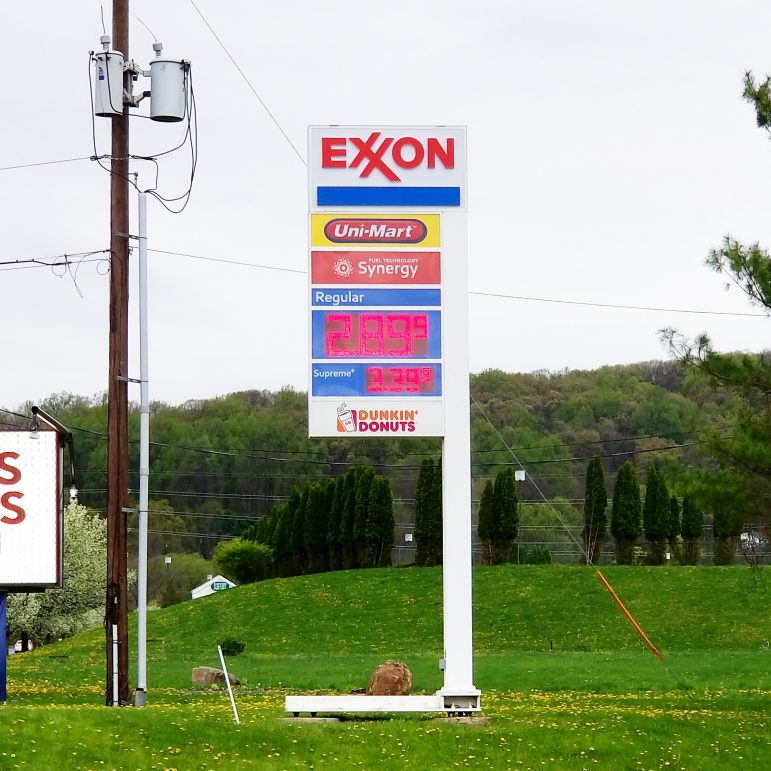