Just in case you’re thinking that this year’s parade will somehow be ho-hum, the organizers of the Saucon Valley Spirit Parade in Hellertown want to prepare you for some fun and exciting changes for 2019.

This year’s parade will be held Sunday, Oct. 20 at 2 p.m., and as always it will be judged in various categories by a panel of four local volunteers.

New this year, however, is what organizers think will be a fun twist. For the first time the judges will appear in costume for the parade. The judges’ stand will also be located at the driveway entrance to the Hellertown Borough Hall complex on Water Street, instead of across the street at Saucon Manor.

After the parade, photos of the judges will be published on Saucon Source with a poll in which readers will be able to decide “who wore it best?”

The parade committee will donate $100 to a charity of the winning judge’s choice, and he or she will also receive a prize for their costume.

Prior to the start of this year’s parade, which has a Halloween theme that was decided via a poll, the judges will be driven in a four-seat trailer along the route to look for the spectators’ costumes they like best, so plan to arrive early. The judges–who will have identification–will ask you for your name and a photograph if they like your costume, and then vote on a Best-Dressed Spectator when they meet post-parade to determine the winners in the traditional categories.

Parade chairman and mayor David Heintzelman said he hopes the incentive of a prize for the best dressed spectator will encourage more adults to embrace the spirit of the season and come in costume to watch the event.

He said the planning for the 2019 parade is nearly complete, and put out a final call for donations and sponsors, whose support is critical to making the parade the beloved event to which the community looks forward each year.

Once again this year the Hellertown Post Office will host a candy refill station along at the post office at Delaware Avenue and Water Street.

Postmaster Joe DiRusso recently requested donations of new bags of unwrapped Halloween candy for the refill station, which is set up so parade participants who run out of candy can continue to throw it along the route. 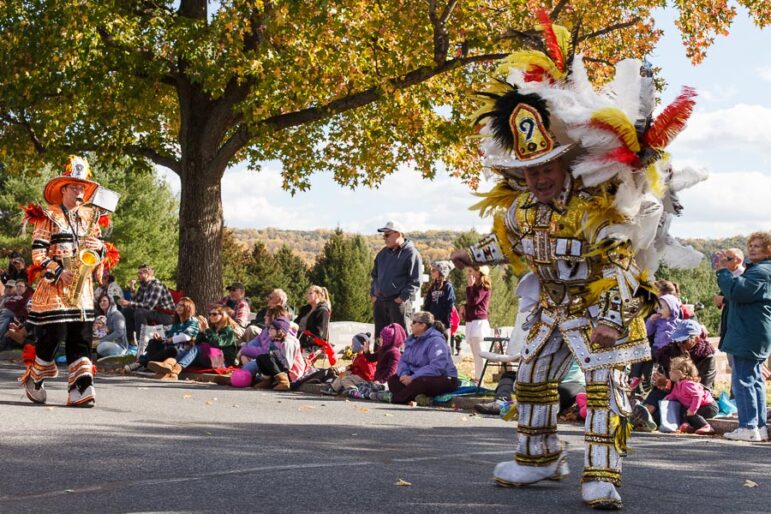