Competing in the reinstated quarterfinal of the Colonial League, the fifth-ranked Saucon Valley girls soccer team (10-8) was eliminated by the fourth-ranked Salisbury Falcons (14-5) on Saturday morning. In the recent past, the race for the league title commenced with a semifinal comprised of just the top four teams. The Lady Panthers have earned the honor of playing in league playoffs for the past 10 straight seasons.

No stranger to postseason pressure, the Panthers battled with midfield intensity and defensive determination, holding Salisbury to just one goal in the first half. However, key stops and crips passes in the second half just weren’t enough for a Panther goal, while Salisbury slipped in another two, bringing the final score to 3-0, Falcons. Salisbury will advance to play second-ranked Northwestern Lehigh–who enjoyed a first round bye–on Tuesday, Oct. 15 at a time and location that are yet to be determined.

“It was a disappointing loss but I hope we can mentally rebound and have a good week of training before our district game,“ said Coach Stevie Ochse of Saturday’s result.

The Lady Panthers have qualified for the PIAA District XI Championship Tournament, as they have for each of the past 12 years. The first round is scheduled for the week of Oct. 21 at a time and location that are yet to be determined.

Ochse, who has been head coach of the Saucon Valley girls soccer team since 2006, announced her upcoming retirement from coaching last Thursday, following the Lady Panthers’ final regular season game at Crestwood. She will remain at the helm through the rest of the postseason. 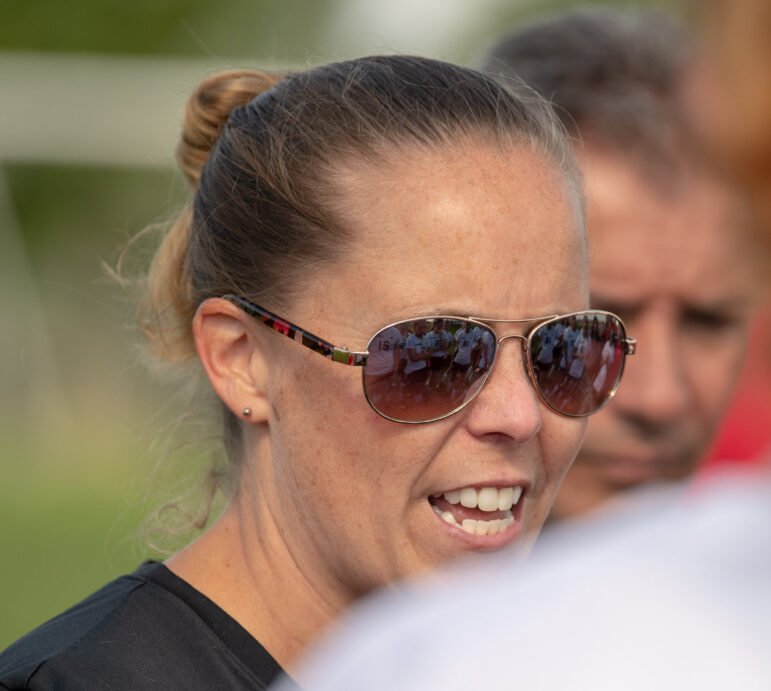 Saucon Valley High School girls soccer head coach Stevie Ochse has announced that she will retire from the coaching position she has held since 2006 at the end of this season, marking yet another change for the program (FILE PHOTO).