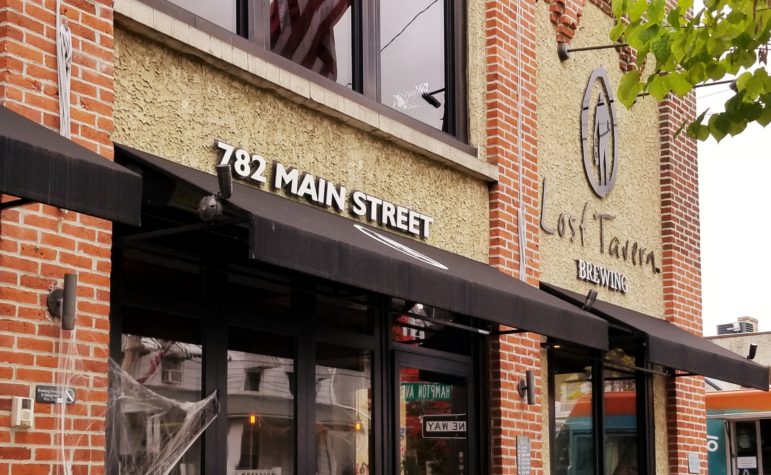 Lost Tavern Brewing is located on the first floor of the RMI building at Main Street and Hampton Avenue in Hellertown. In the warmer months outside seating is available along Main Street. Most nights the taproom is open there is a food truck parked outside. Lost Tavern is open Wednesday and Thursday from 3 to 10 p.m., Friday from 3 to 10:30 p.m., Saturday from 12 to 10:30 p.m. and Sunday from 12 to 8 p.m.

A popular brewery in Hellertown is making headlines far beyond the Saucon Valley, and for all the right reasons.

Lost Tavern Brewing, which opened in July 2016, ranks as one of the top 10 breweries in the Keystone State, according to the aptly named website Breweries in Pennsylvania.

BreweriesInPA.com used brewery ratings posted by beer drinkers on the Untappd app to determine which breweries were ranked within its top 10.

With an aggregate score of 3.95 out of a possible five, Lost Tavern tied for the 10th spot on the list with South County Brewing of Fawn Grove, York County.

In addition to its Hellertown brewery and taproom, Lost Tavern Brewing recently opened a second location inside the historic Moravian Book Shop in downtown Bethlehem.

Earlier this year, the owners of the brewery also announced that they hope to expand their production in the borough, as well as eventually offer tours and gift shop sales.

Meanwhile, the Hellertown taproom has become popular as a destination drinking and dining spot thanks to the food trucks it hosts. Live music on weekend evenings and special events are still other draws.

Ultimately, though, it’s all about the beer; a fact that’s reinforced by the business’s name.

The name “Lost Tavern” pays homage to a tavern that existed around the time of Hellertown’s founding in the 1740s. The tavern’s location is unknown, therefore it is considered “lost,” although the beer-drinking heritage of Hellertonians certainly is not.

Do you have a favorite Lost Tavern beer? Tell us what it is, and what else you like about Hellertown’s hometown brewery.