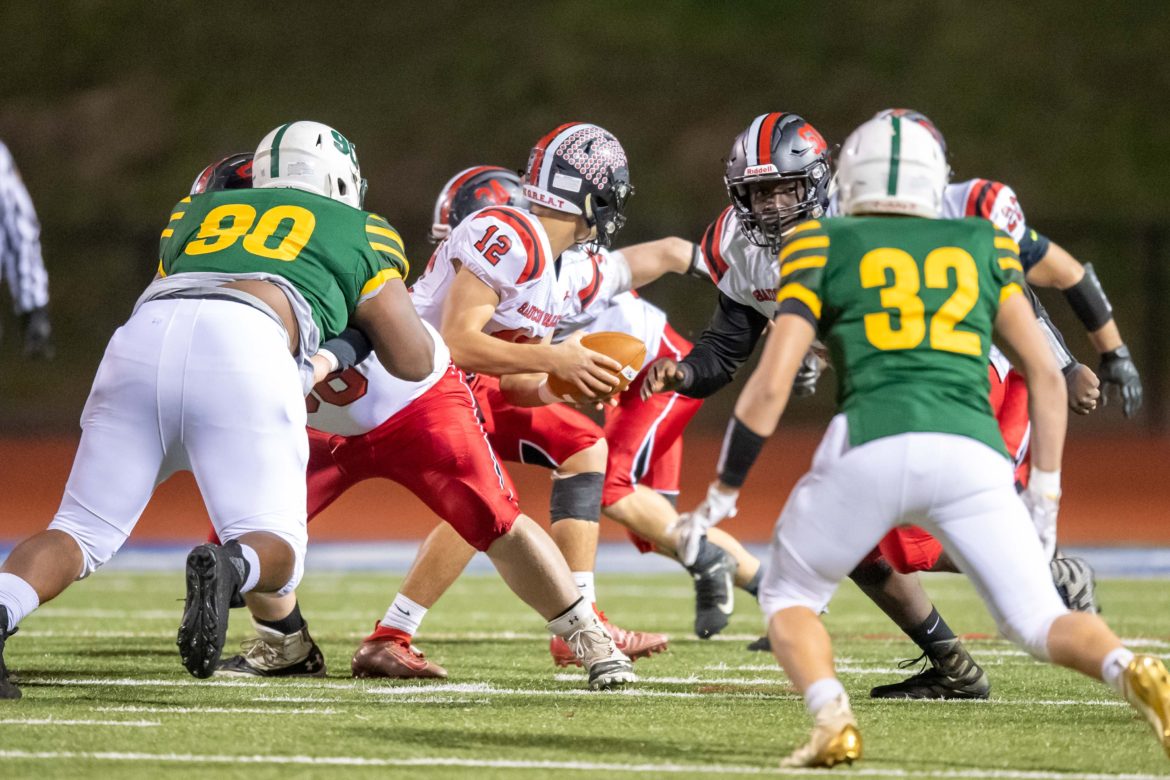 The Panthers had big obstacles to overcome in the PIAA District XI playoff.

For the sixth straight season Saucon Valley played their way into the PIAA District XI playoffs.  This year the Panthers found themselves in a rematch from the 2017 encounter they had with the Allentown Central Catholic Vikings.  Saucon entered the contest as the #5 seed, Central earned homefield advantage at J. Birney Crum Stadium as #4.  The winner would earn the right to advance in to the District XI semifinals and keep their hopes of a PIAA state championship alive.

Saucon Valley won the toss and opted to receive the opening kickoff.  However, the Panther offense struggled to get traction and was forced to punt from their own 24-yardline.  It wasn’t a good start for the Panthers. The Viking defense brought the pressure and the punt was blocked.  The ball ricocheted into the Panther end zone where it was recovered by the Vikings Jaylen Green for a touchdown.  The PAT was wide, but roughly four minutes into the game Central jumped out to a 6-0 lead. 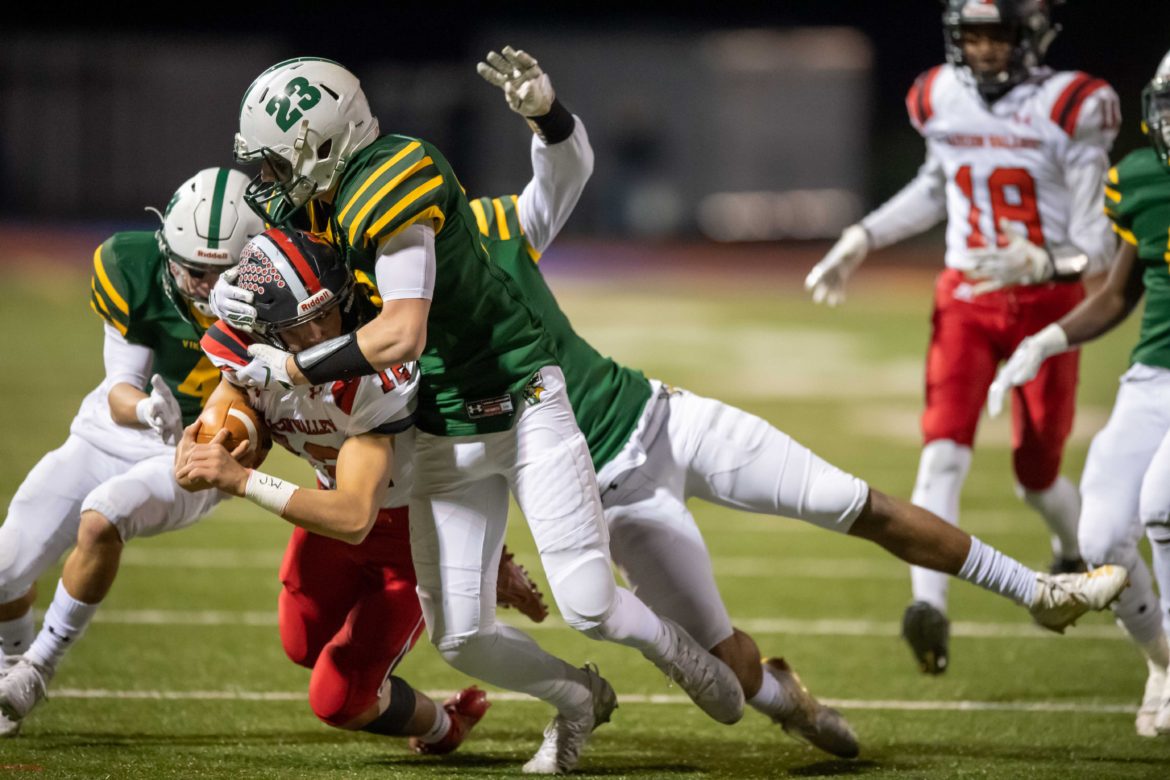 Yards were tough to come by for the Panthers in the 2019 District XI quarterfinals.

The Panther offense took the field and started their next possession at their own 24-yardline.  Saucon Valley proceeded to grind out a 14-play drive that covered the 76 yards necessary for the score.  On the first play of the second quarter the Panthers faced a 4th & Goal at the Viking four yardline.  Saucon dialed up a pass play where Quarterback Dante Mahaffey rifled the ball into Alex Magnotta’s arms on a slant route for a TD.  The extra-point missed its mark, but with 11:55 remaining on the clock until halftime the Panthers evened the score, 6-6. 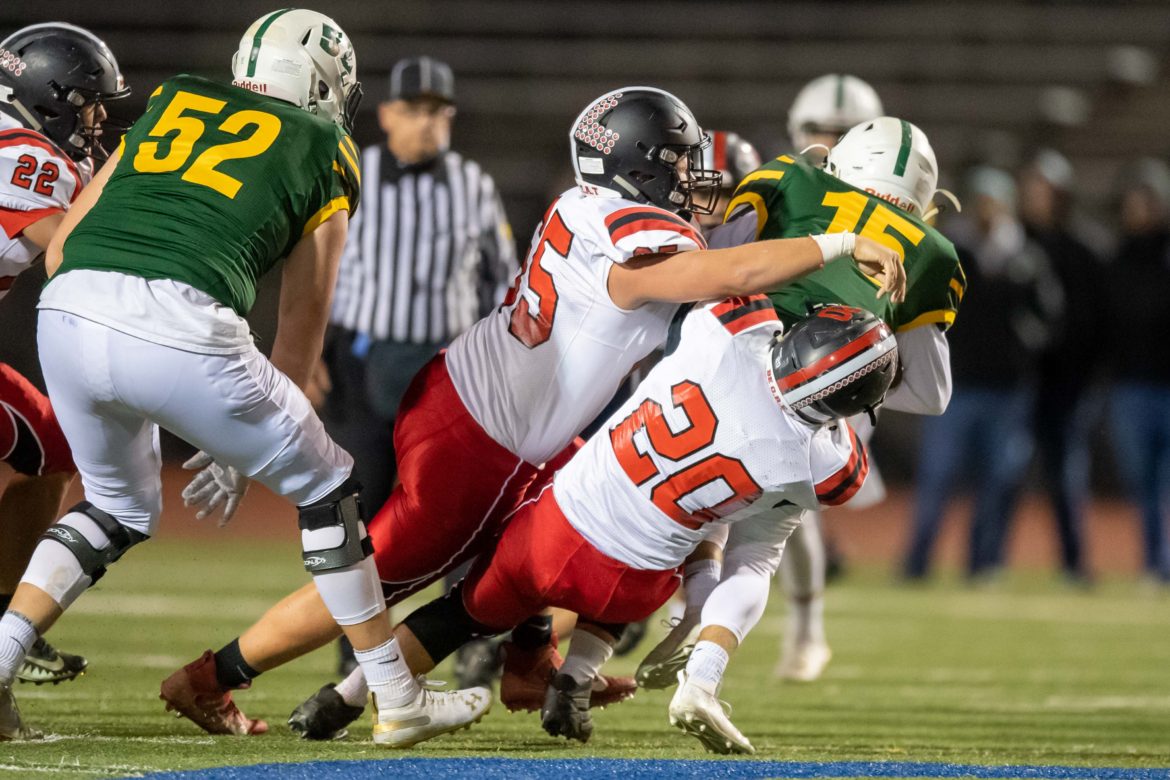 The Central Catholic offense was hitting on all cylinders.  The Vikings came right back with a quick and efficient 12-play scoring drive that ended with a Jayden Williams touchdown.  With 6:05 to go until halftime, Williams pounded the ball into the end zone from five yards out.  Central faked the extra-point and the Vikings George Hlavac was credited with the 2-point conversion.  The 14-6 score took the teams to the halftime intermission.

Central Catholic returned the second half kickoff out to midfield where their offense wasted little time going back to work.  In only four plays the Vikings covered the fifty yards needed for a score.  Quarterback Matt Rauscher kept on a zone-read option for a 10-yard touchdown.  The extra-point was good and a little over two minutes into the second half, the Vikings extended their advantage to 21-6. 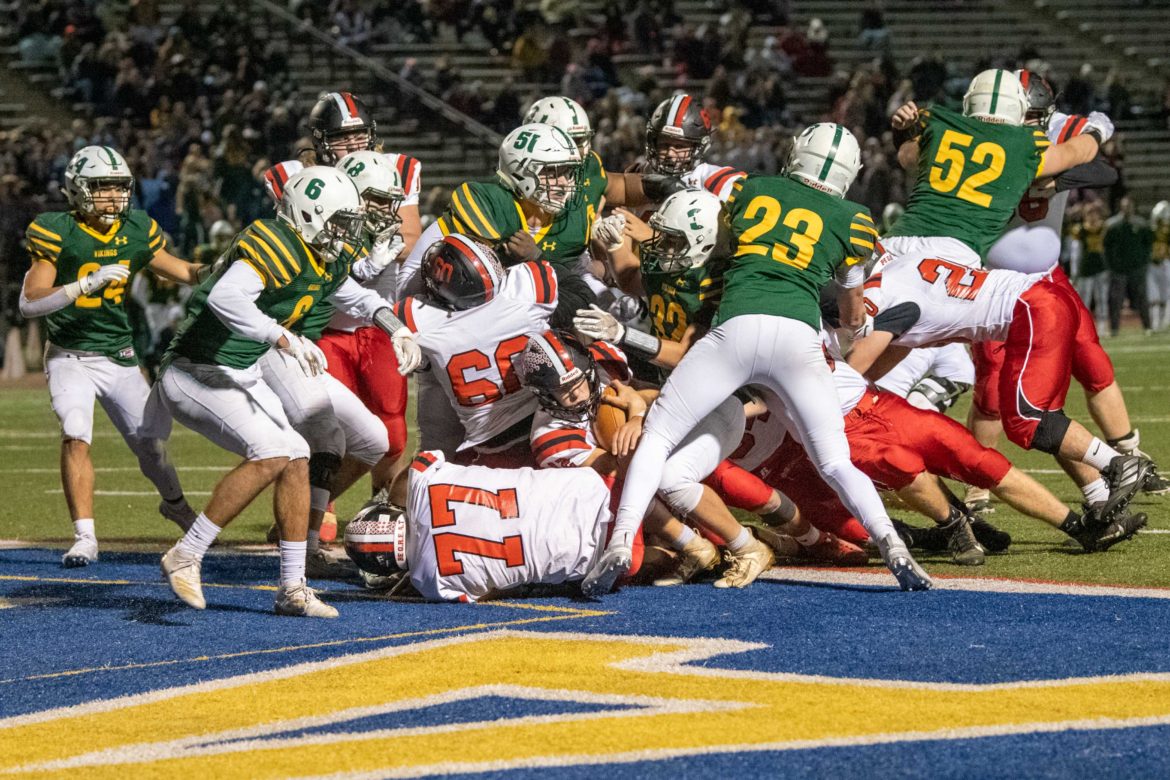 Saucon Valley’s Dante Mahaffey finds his way into the end zone for a score.

The Panthers did not give up and responded with their potent rushing attack.  Behind their Hogs, Damian Garcia, Dante Mahaffey and Braydyn Lugardo all chipped in to move the ball 65-yards for a score in nine plays.  On 3rd & Goal from inside the 1-yardline Mahaffey made good with another QB sneak for a touchdown.  Alex Magnotta’s point-after was blocked, but the pesky Panthers were still hanging around.   With 4:23 left to play in the third quarter Saucon trailed 21-12.

Allentown Central Catholic quickly answered at 2:21 with a five play drive when Viking quarterback Matt Rauscher found receiver Jack McGorry splitting the Panther defense down the seam for a 32-yard touchdown pass.  McGorry’s score added up to give Central Catholic a 28-12 lead. 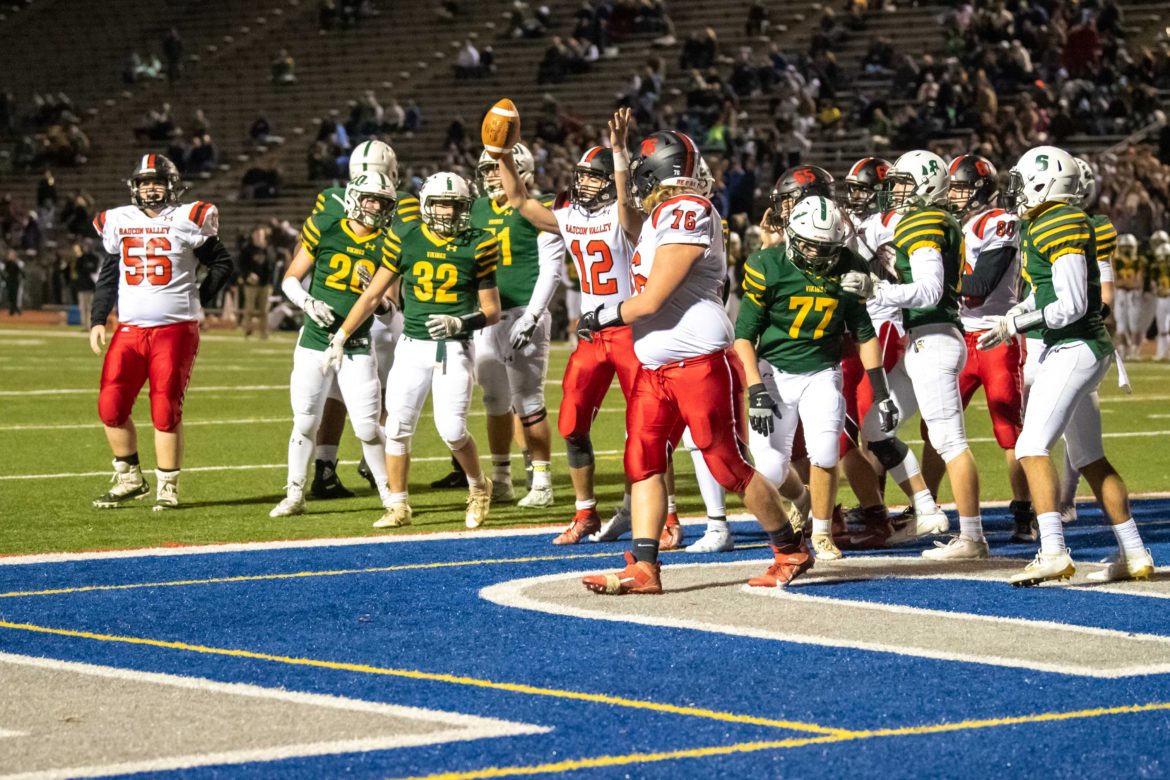 Saucon Valley kept fighting.  Following Damian Garcia’s electrifying kickoff return back to the Viking 42-yardline, the Panther offense was back in business.  Saucon manufactured an 11-play, 48-yard scoring drive.  With 9:13 left to play in the game Mahaffey sneaked in for a 1-yard touchdown run to make the score 28-18.  The Panther two-point conversion, which would have cut the Viking advantage to a one-possession lead, came up just short. 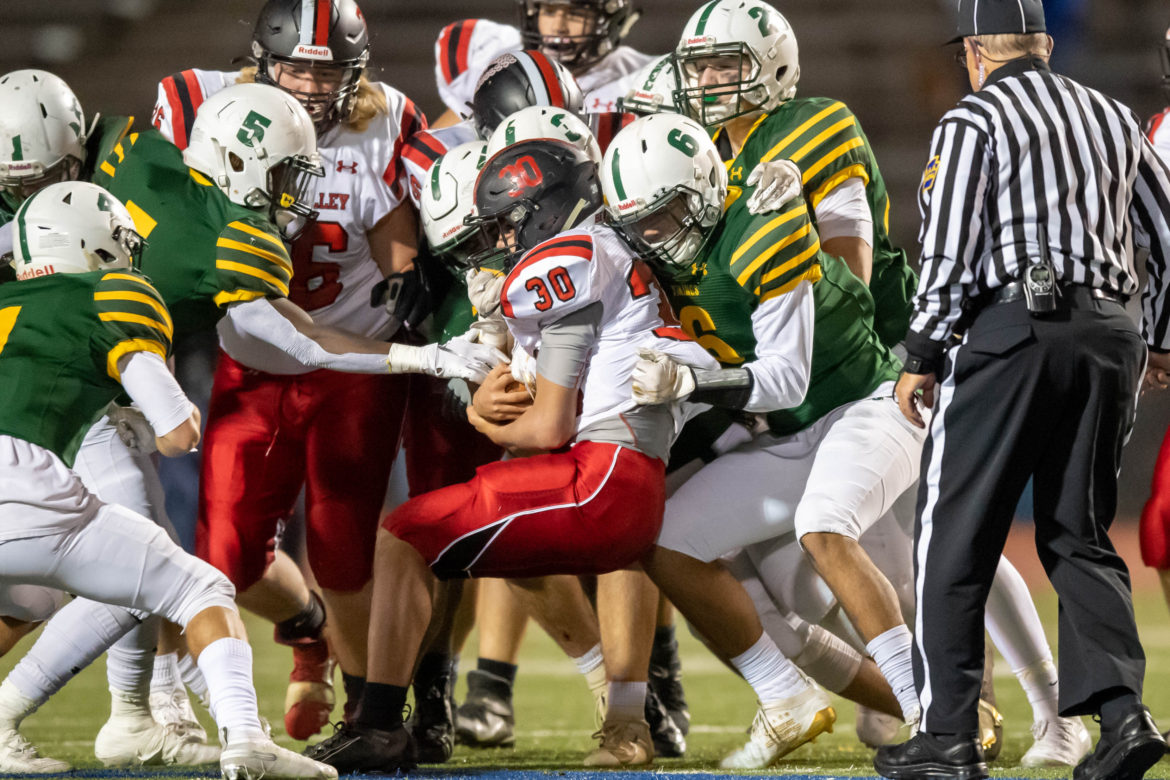 There wasn’t much room to operate late in the fourth quarter for the Saucon Valley Panthers.

The Panthers could not stop Central Catholic.   The Vikings added two more scores late in the game. Jayden Williams took the plunge and pounded the ball in for a 3-yard touchdown run with 4:04 left in the game and then quarterback Matt Rauscher piled on the points with a 5-yard run at the 1:15 mark.  When it was all over, the Vikings distanced themselves from the Panthers with 42-18 victory.

Central Catholic advanced to Saturday night’s PIAA District XI 4A semifinal where they will face the Northwestern Lehigh Tigers.  The winner will advance to play either Bethlehem Catholic or Pottsville for the 2019 District XI title. 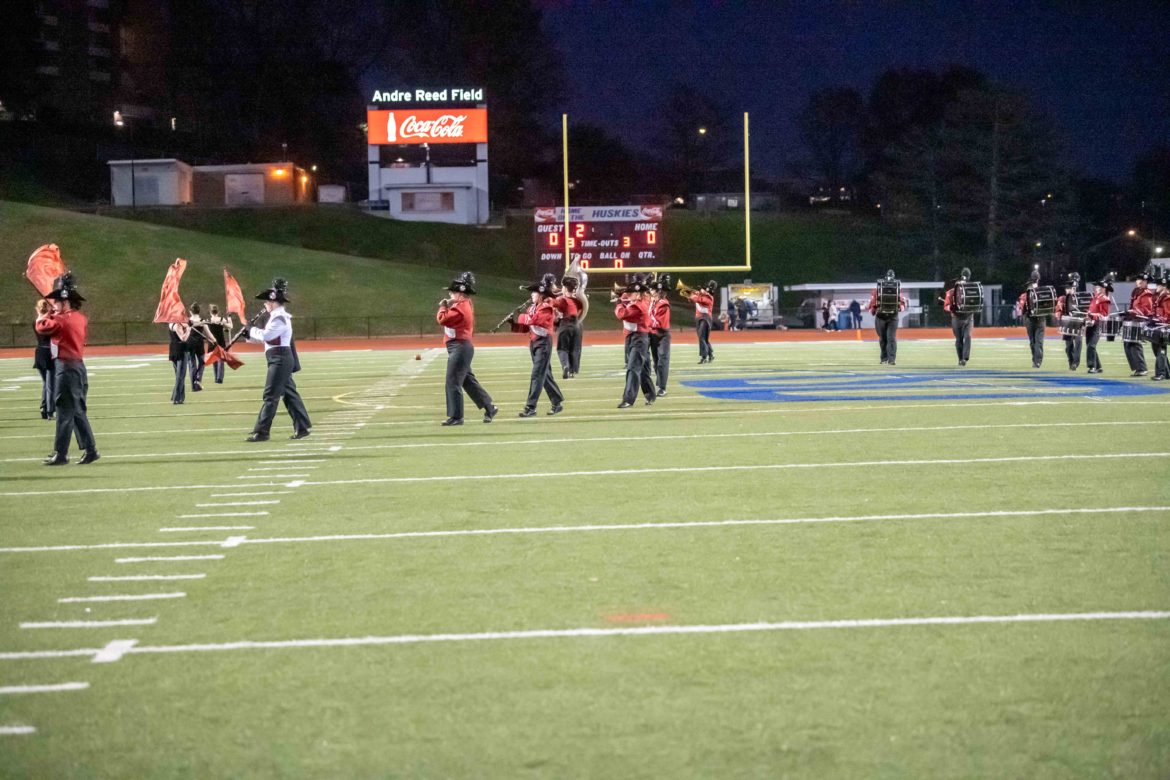 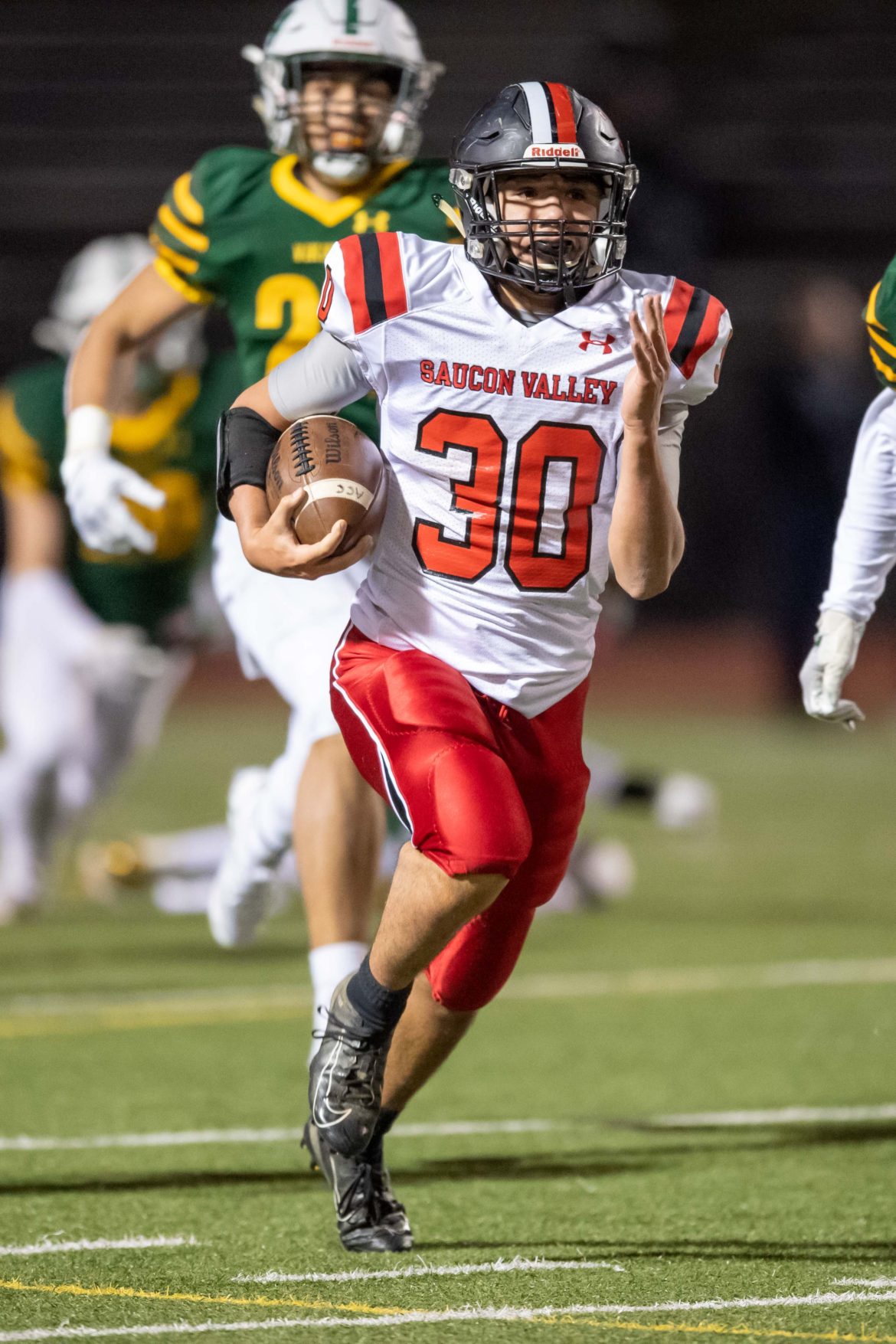 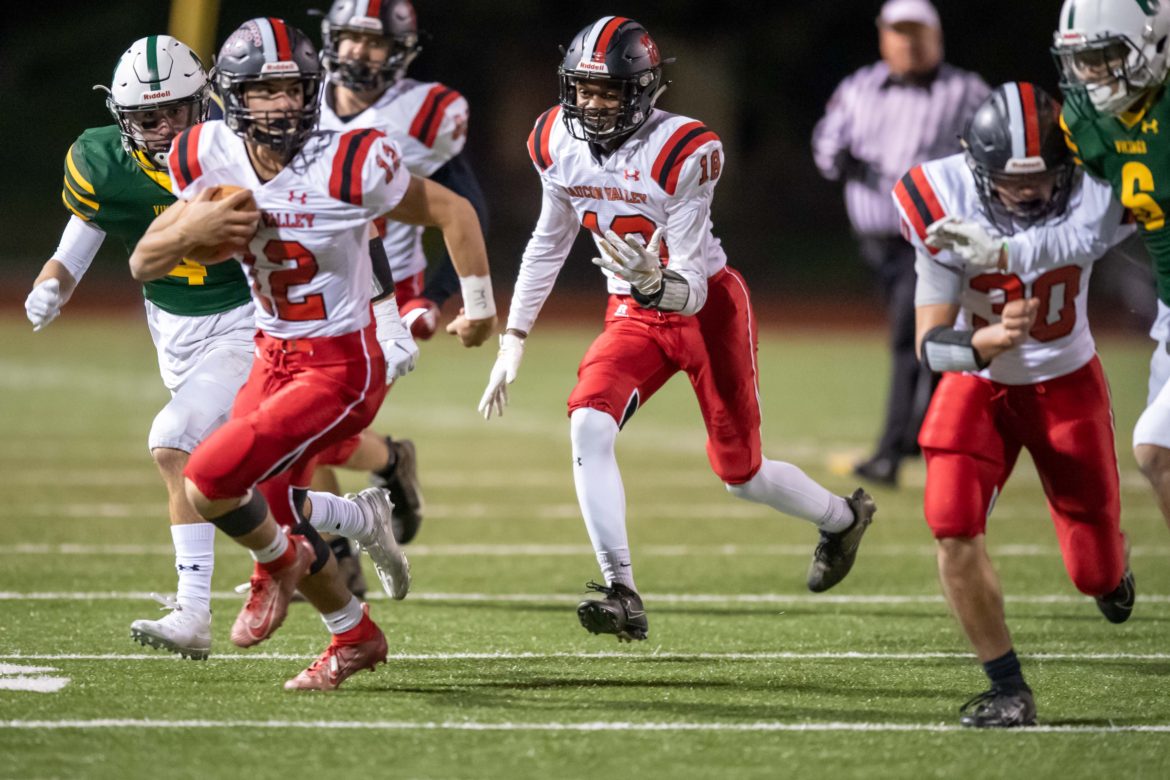 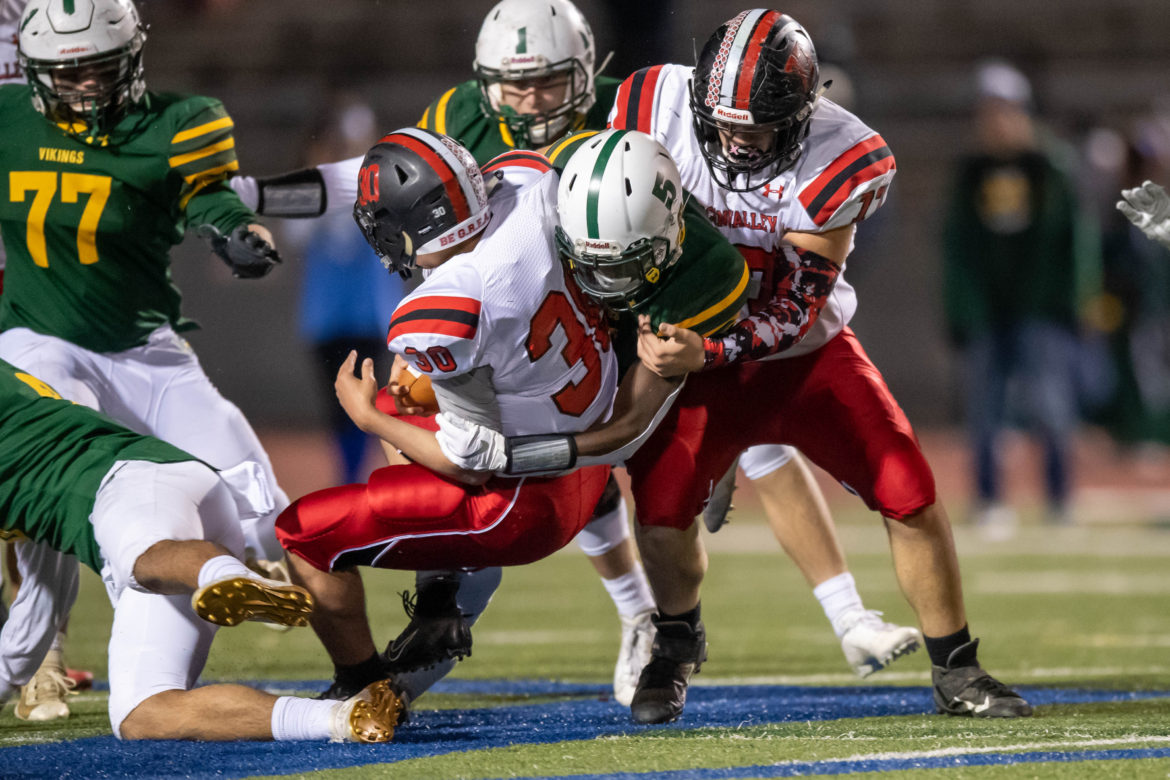 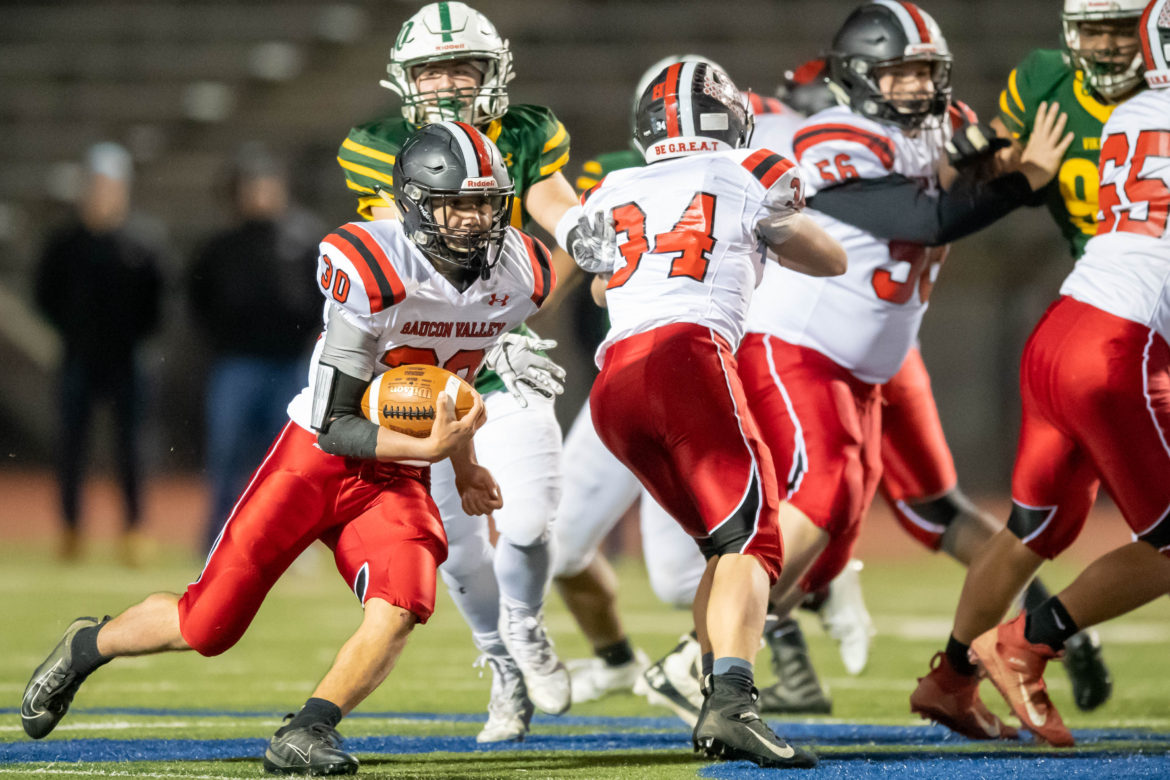 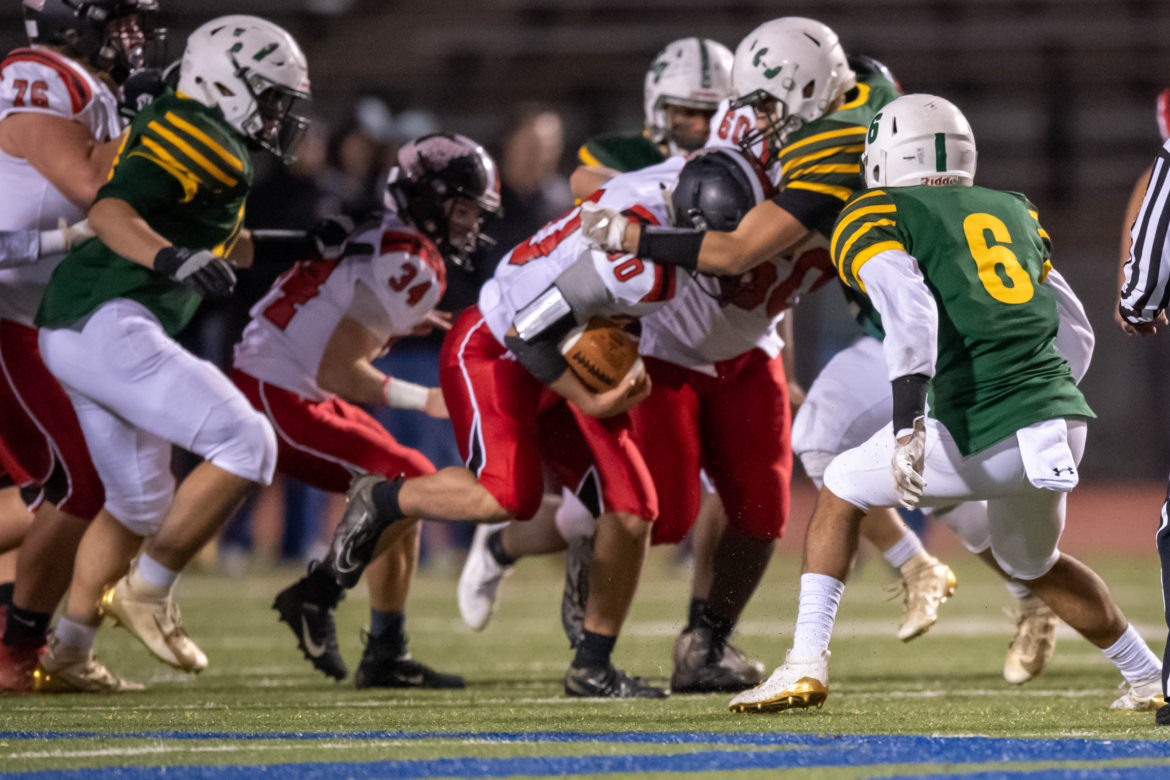 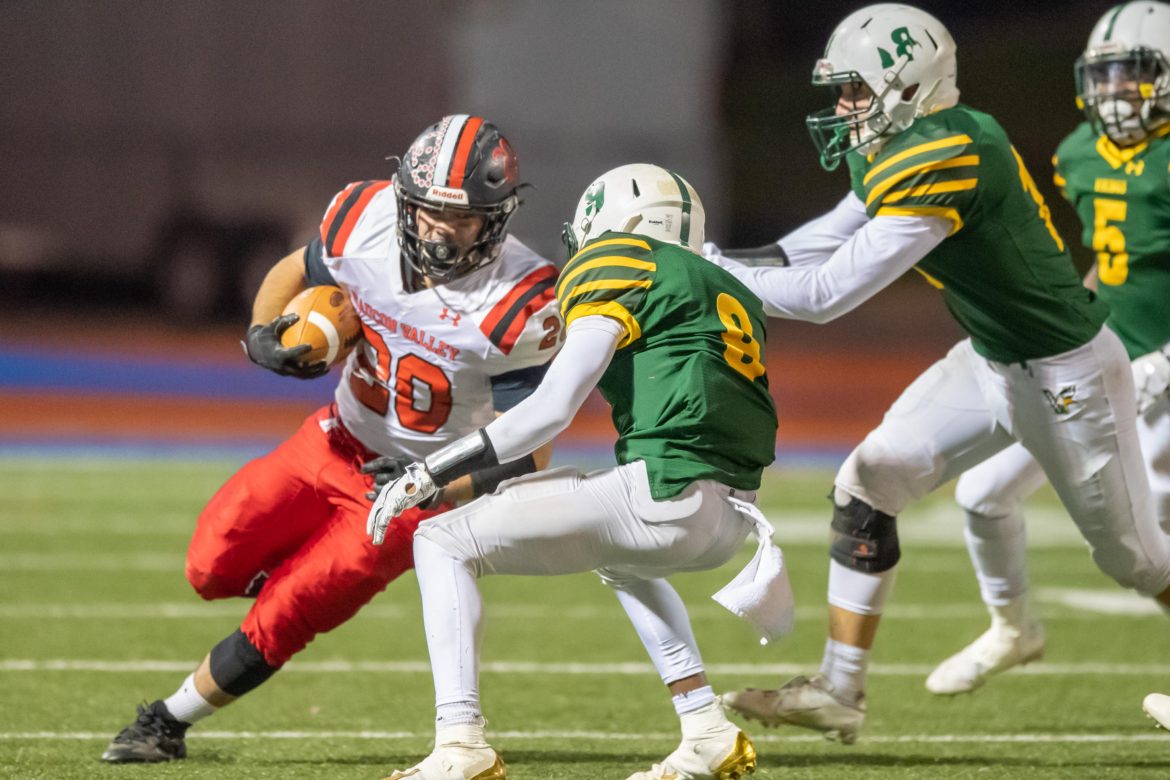 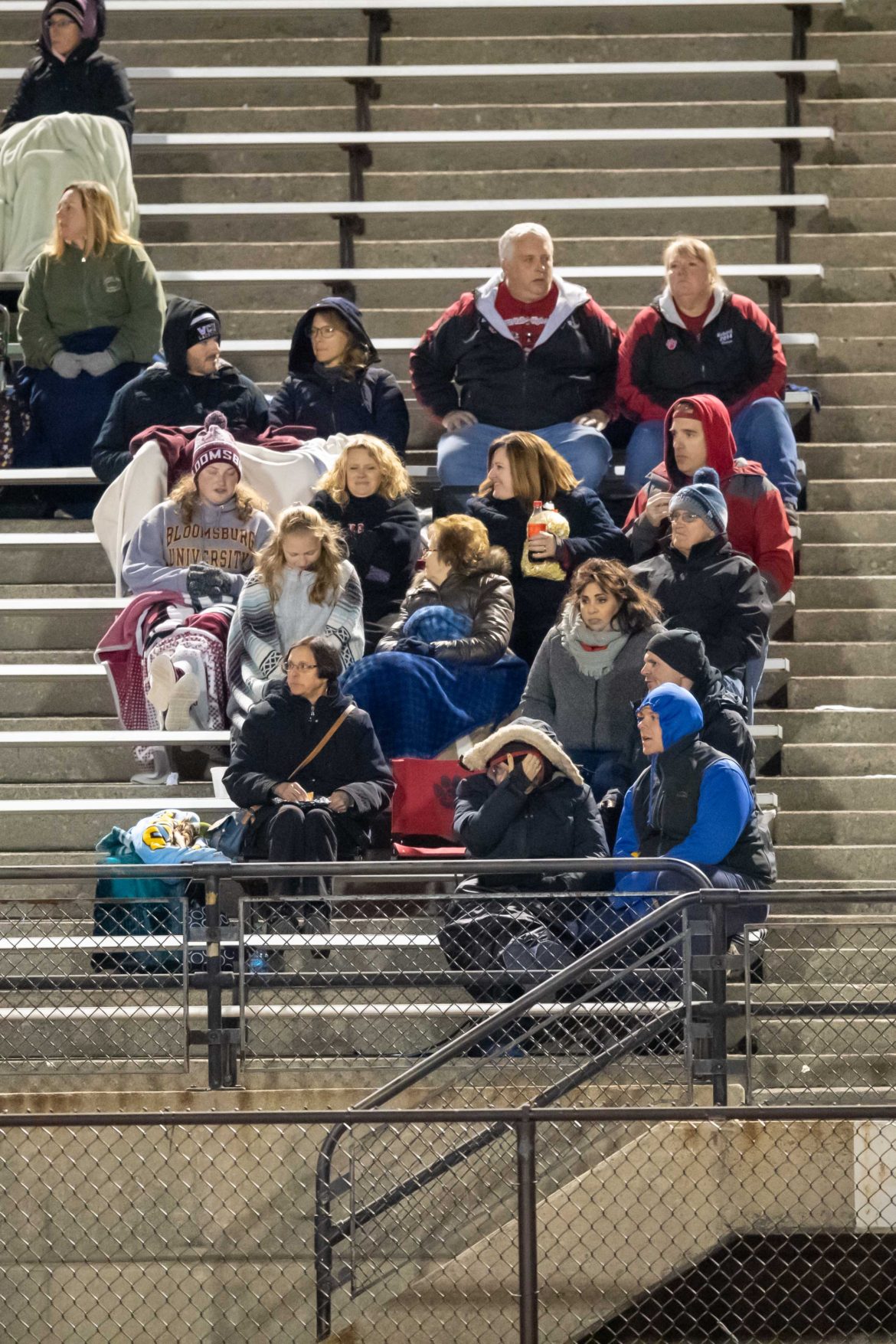 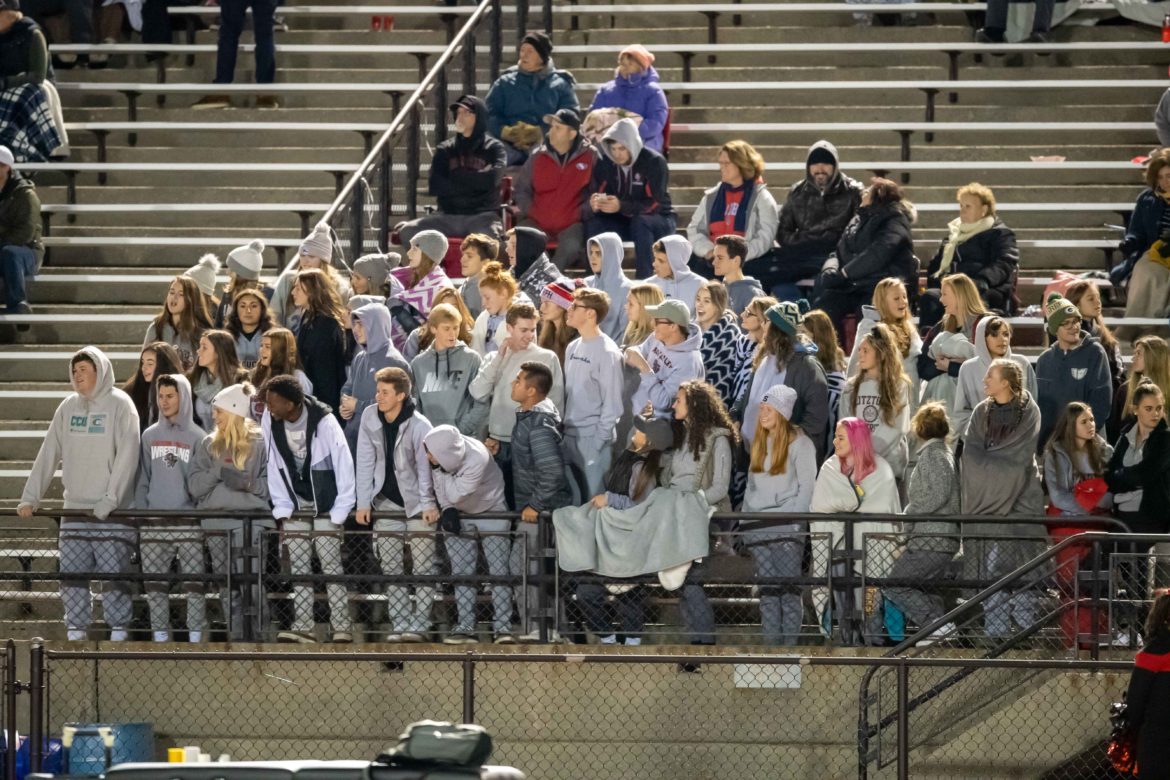 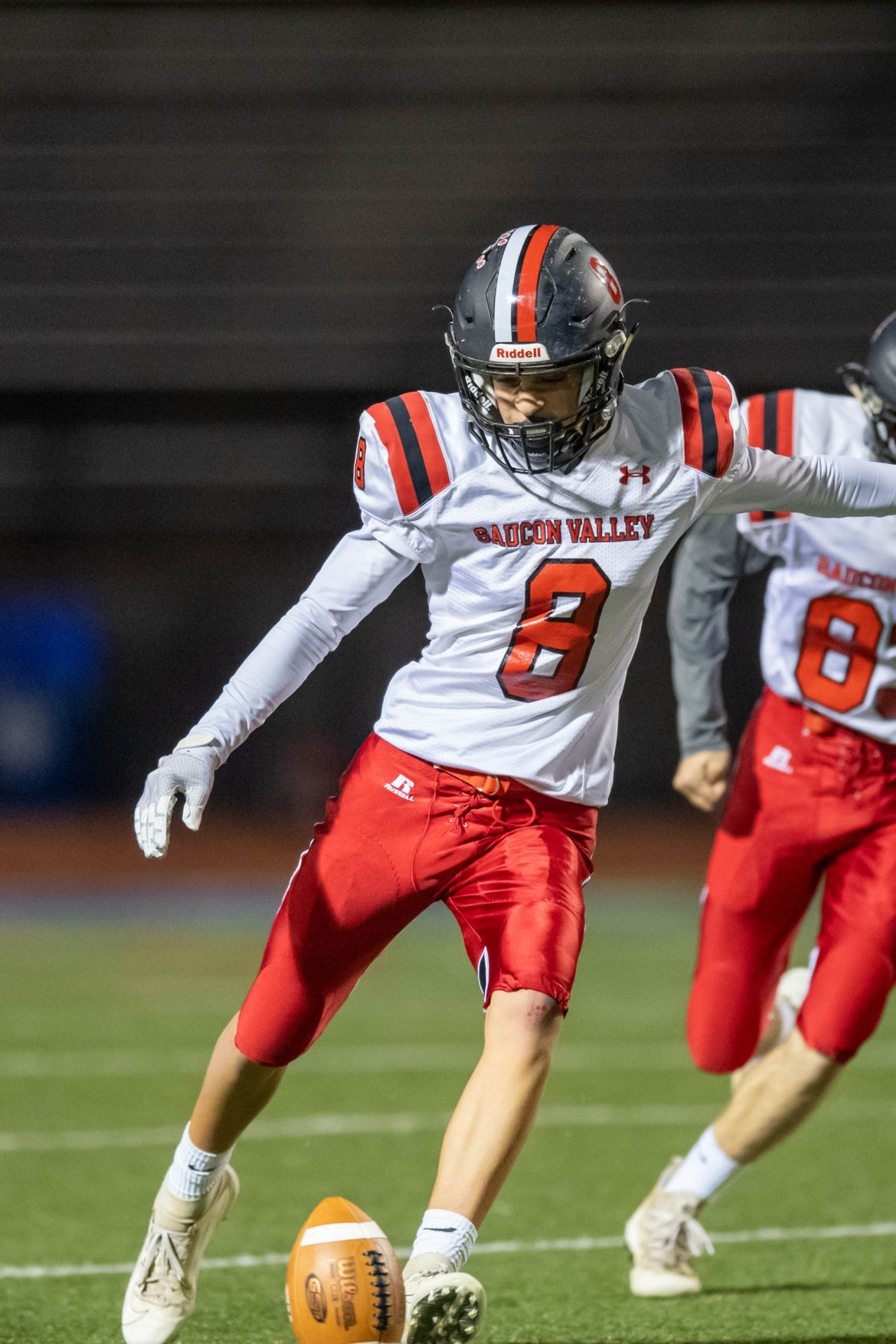 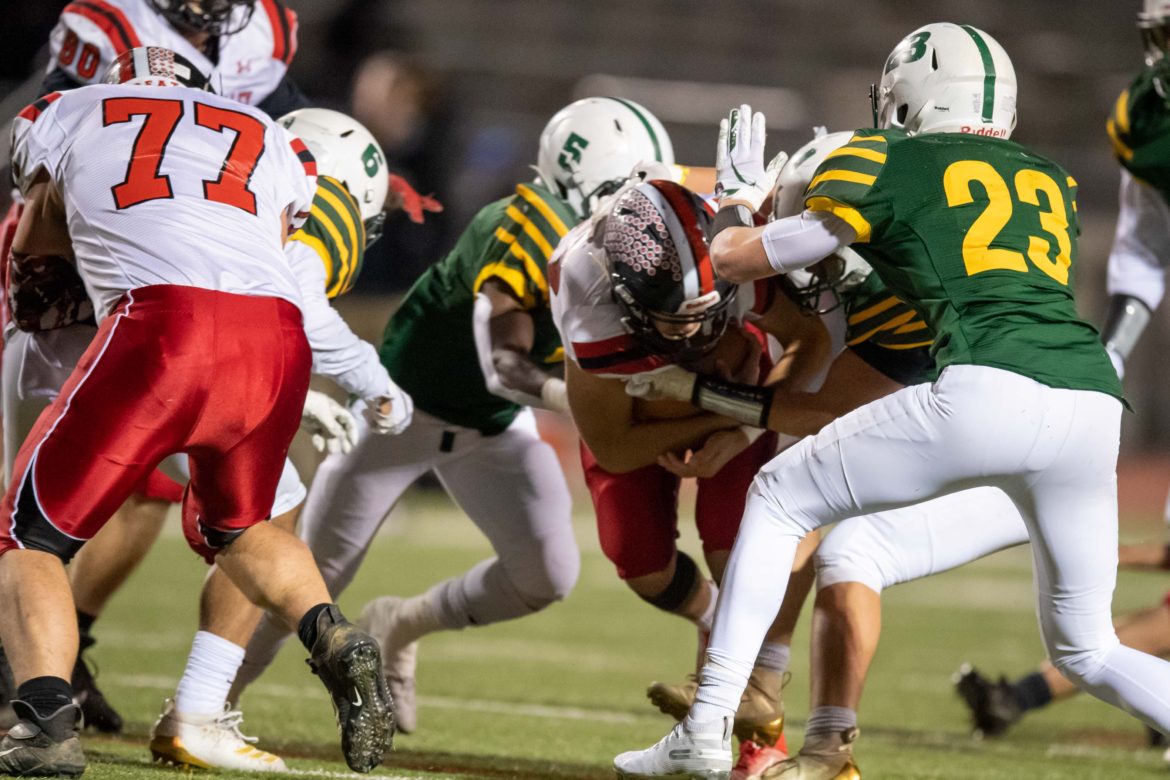 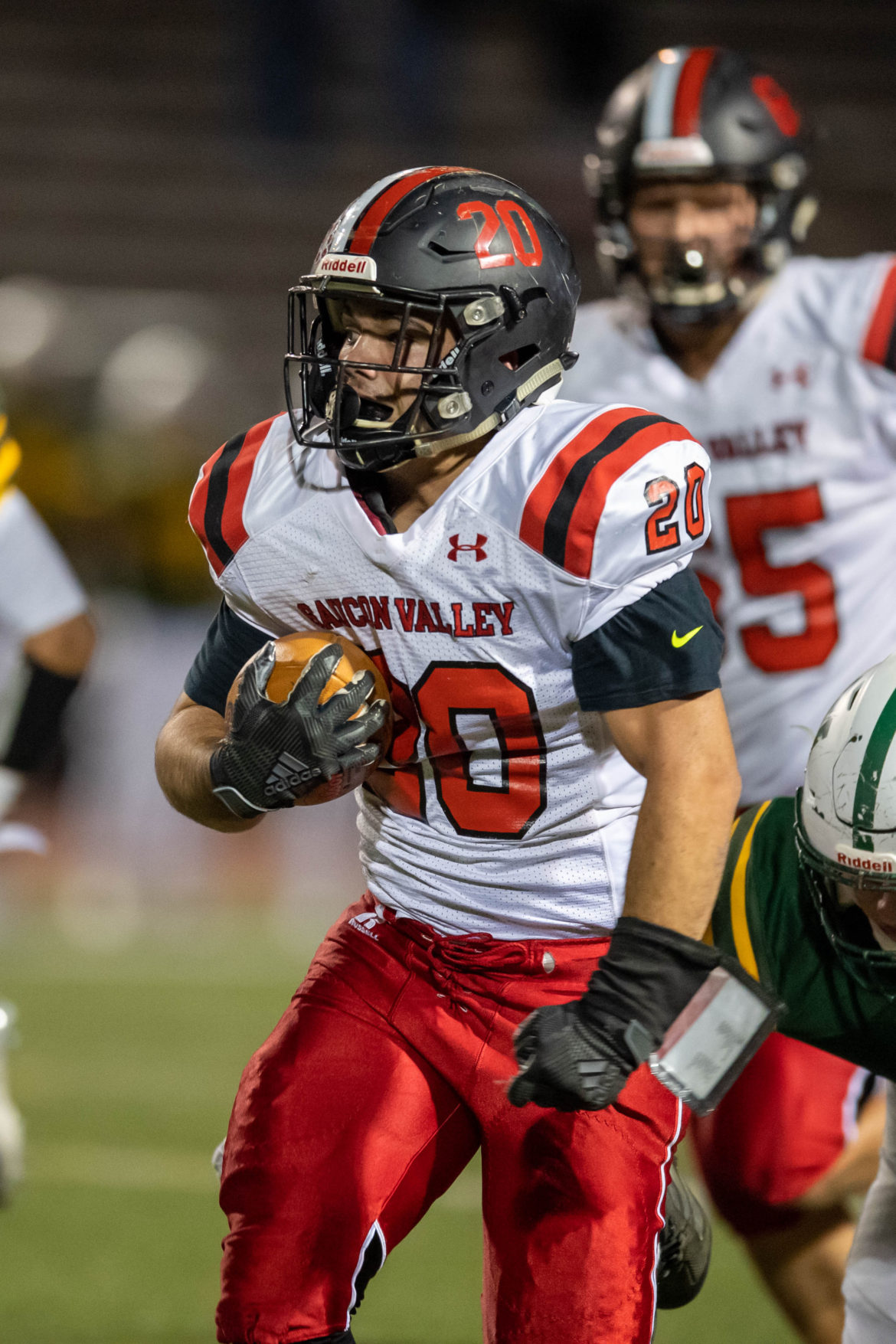 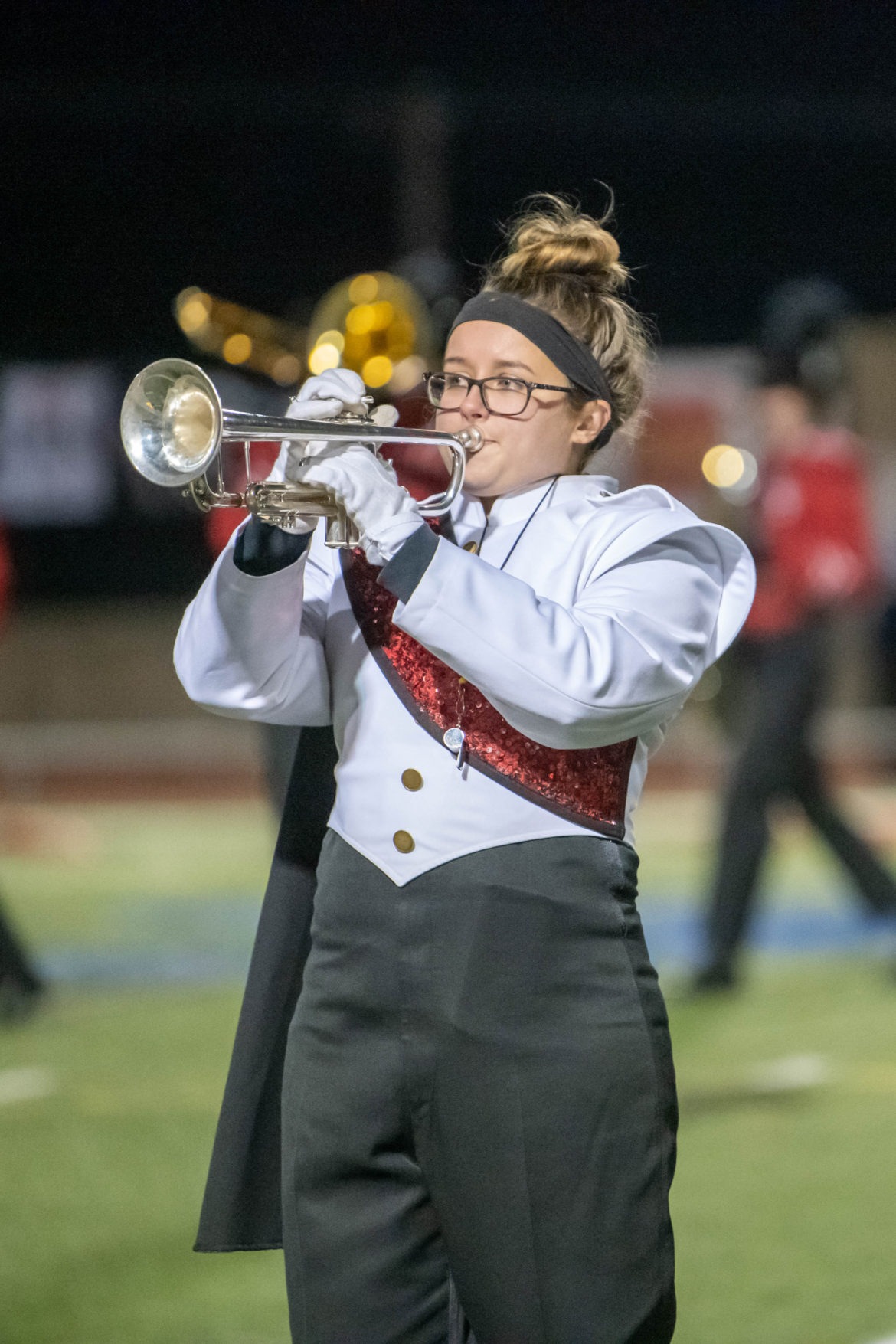 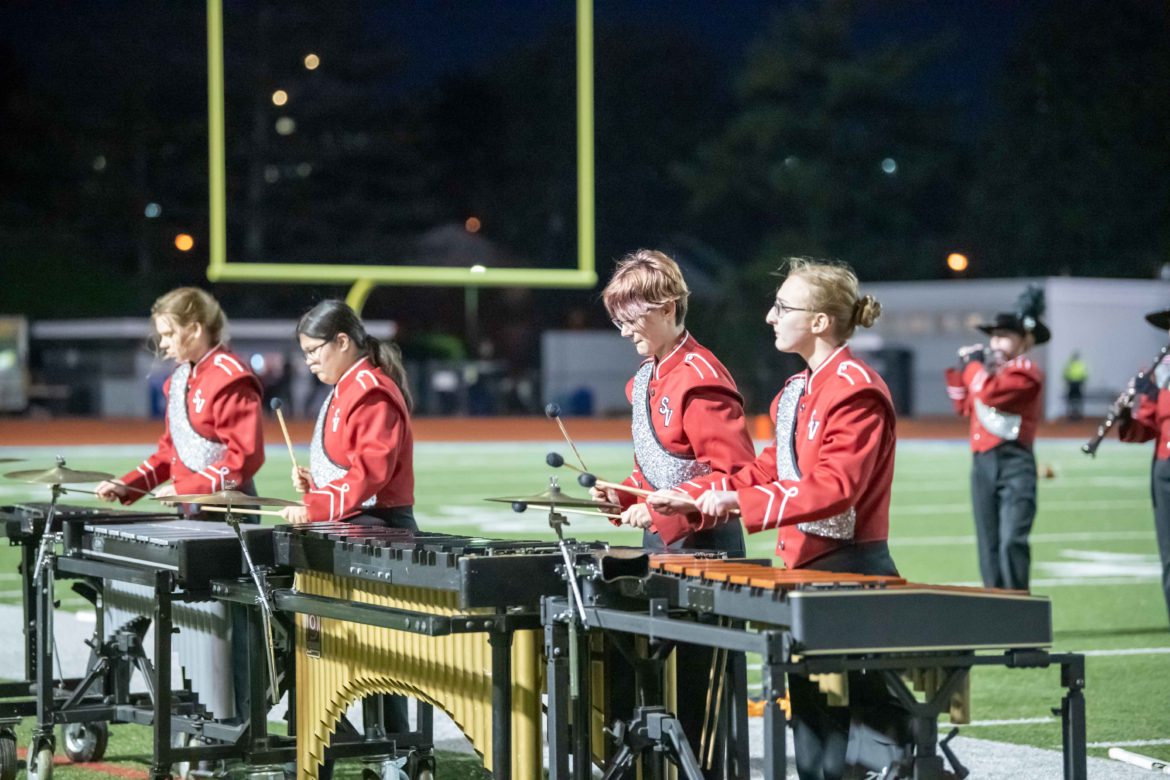 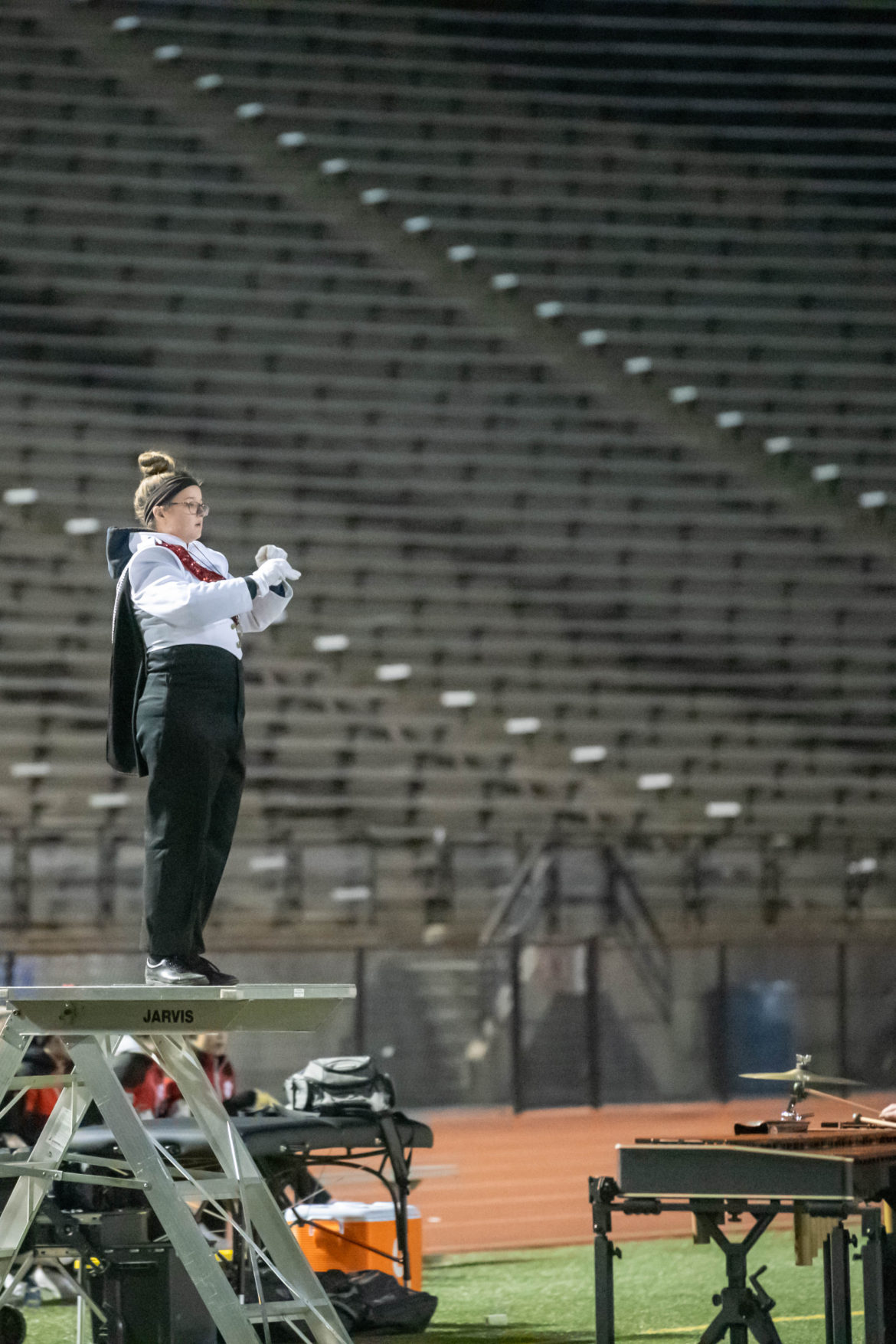 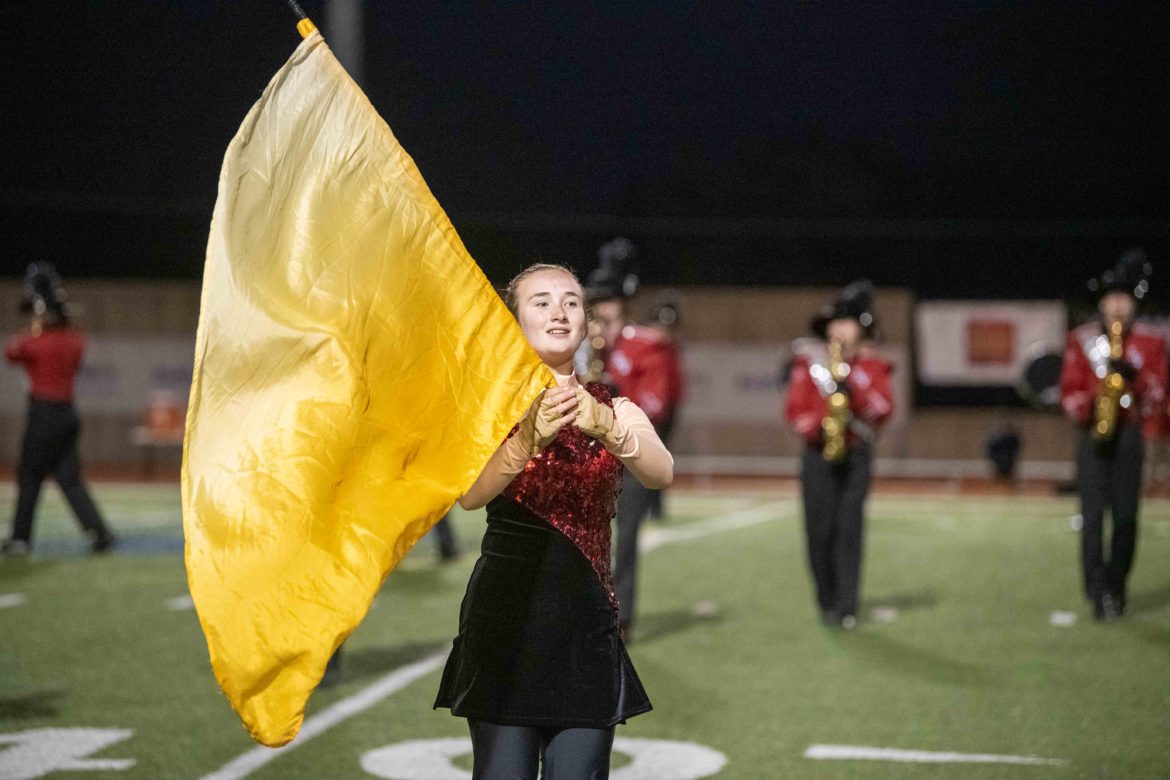 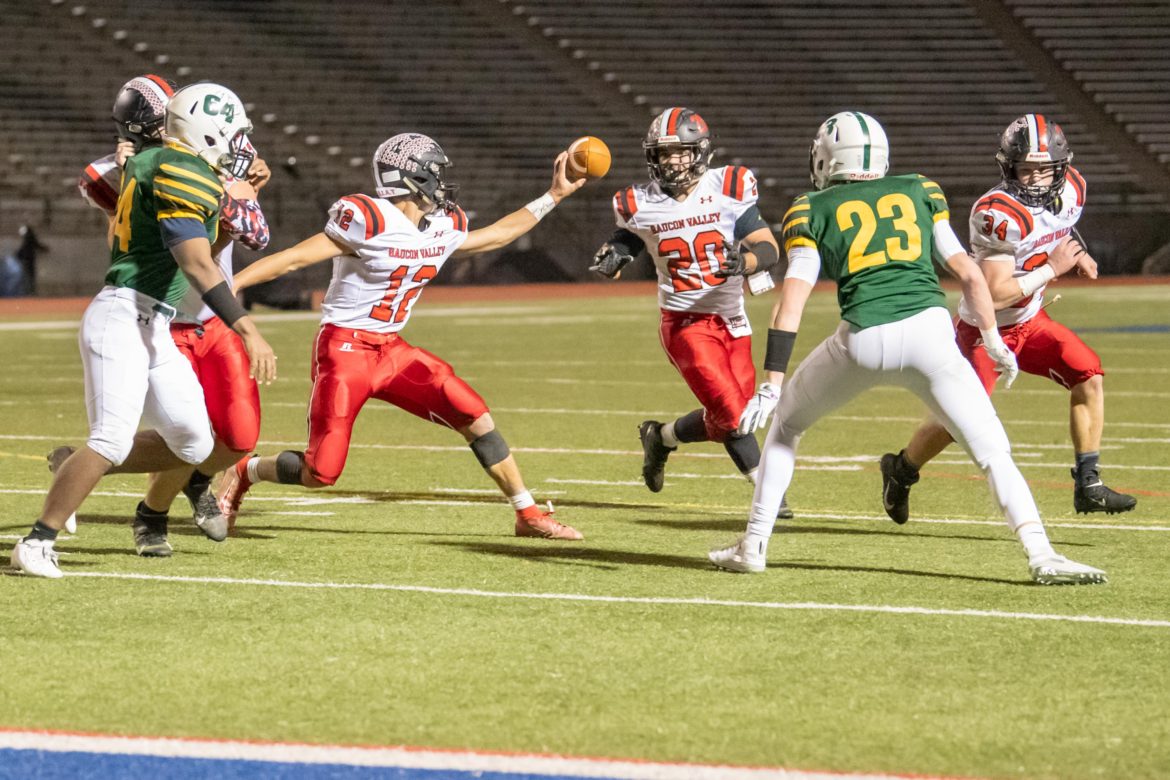 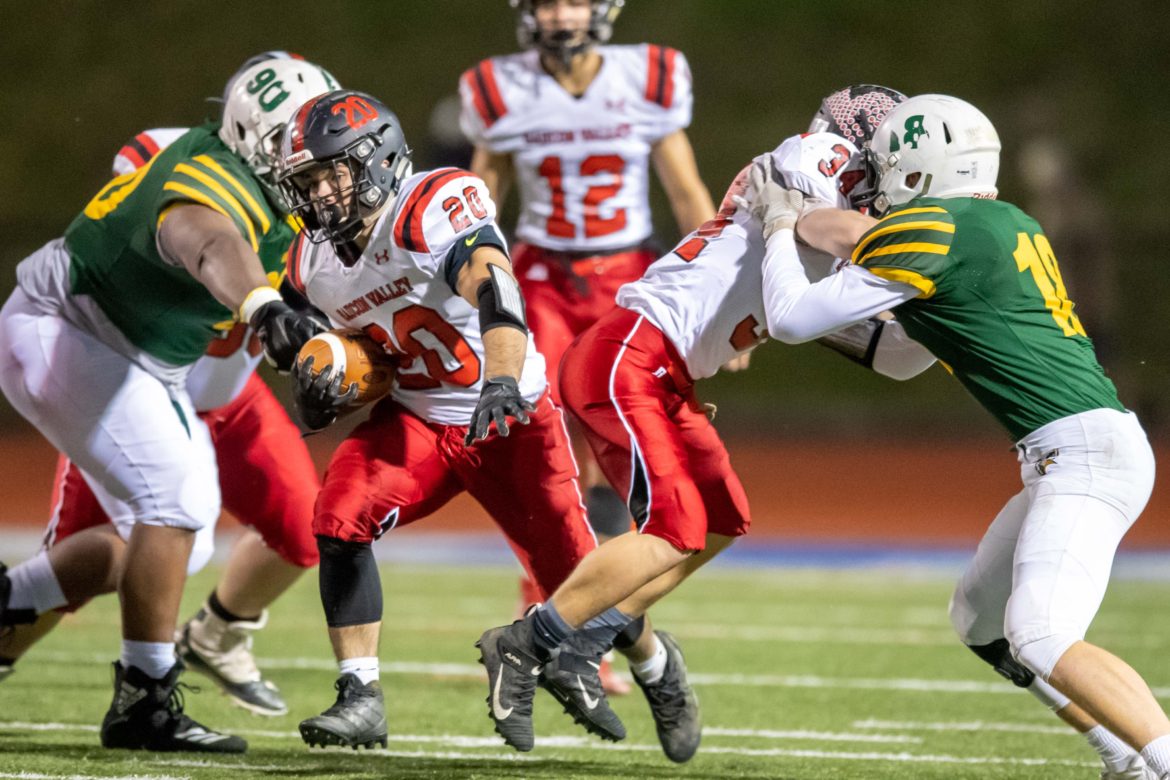 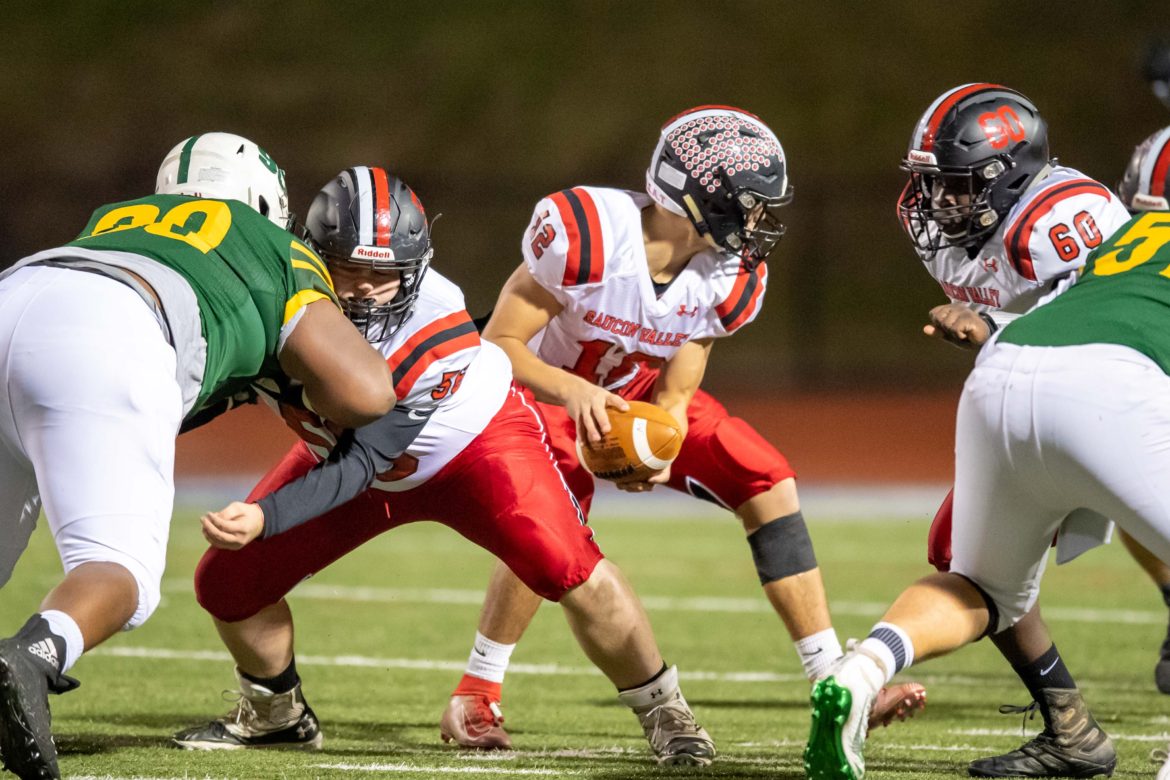 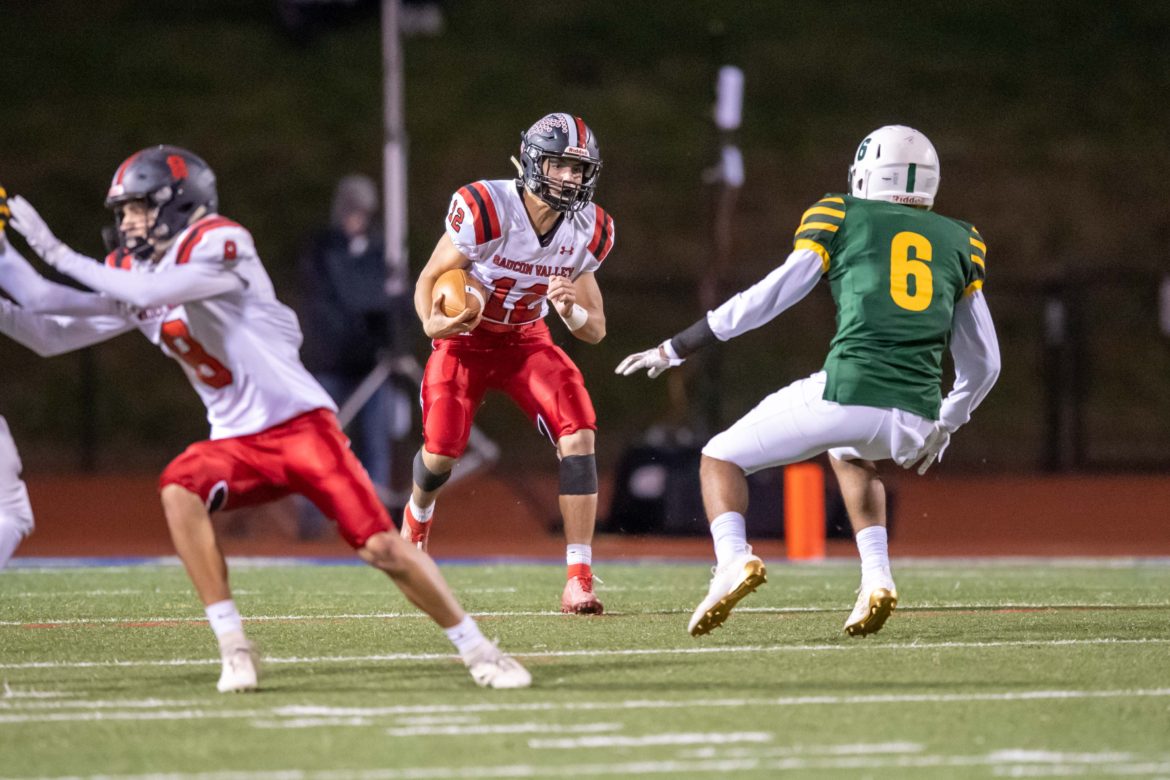 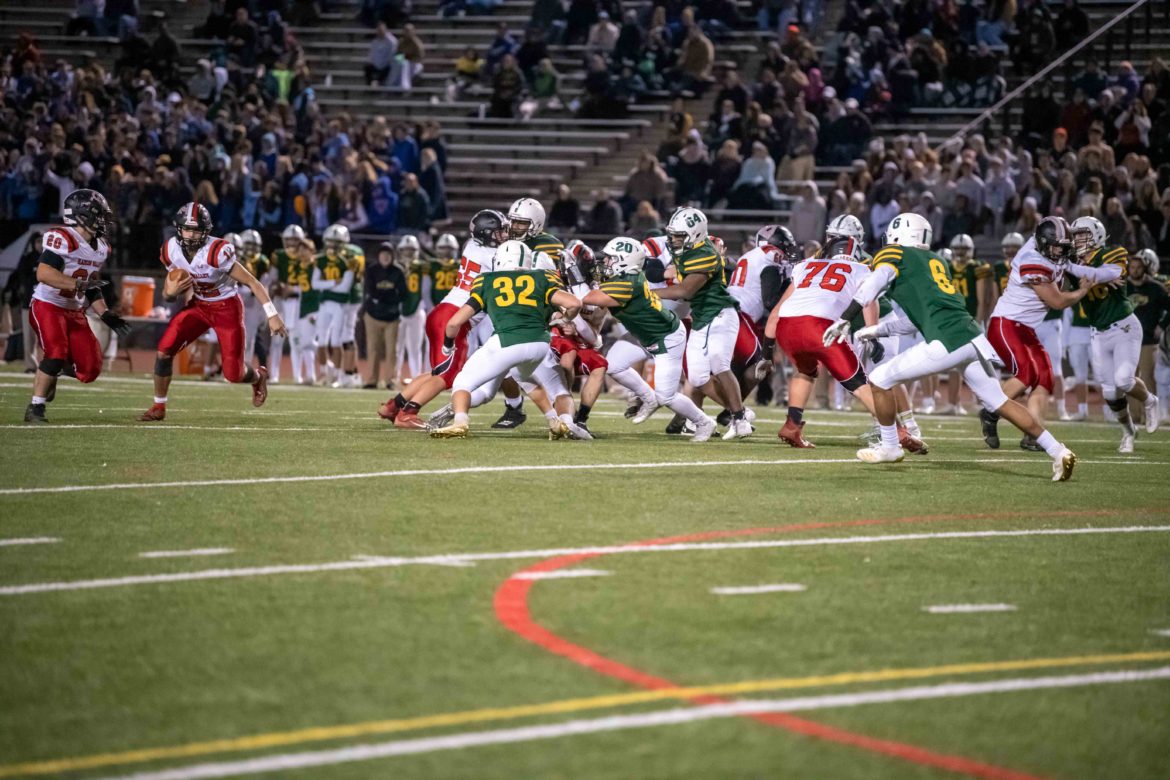 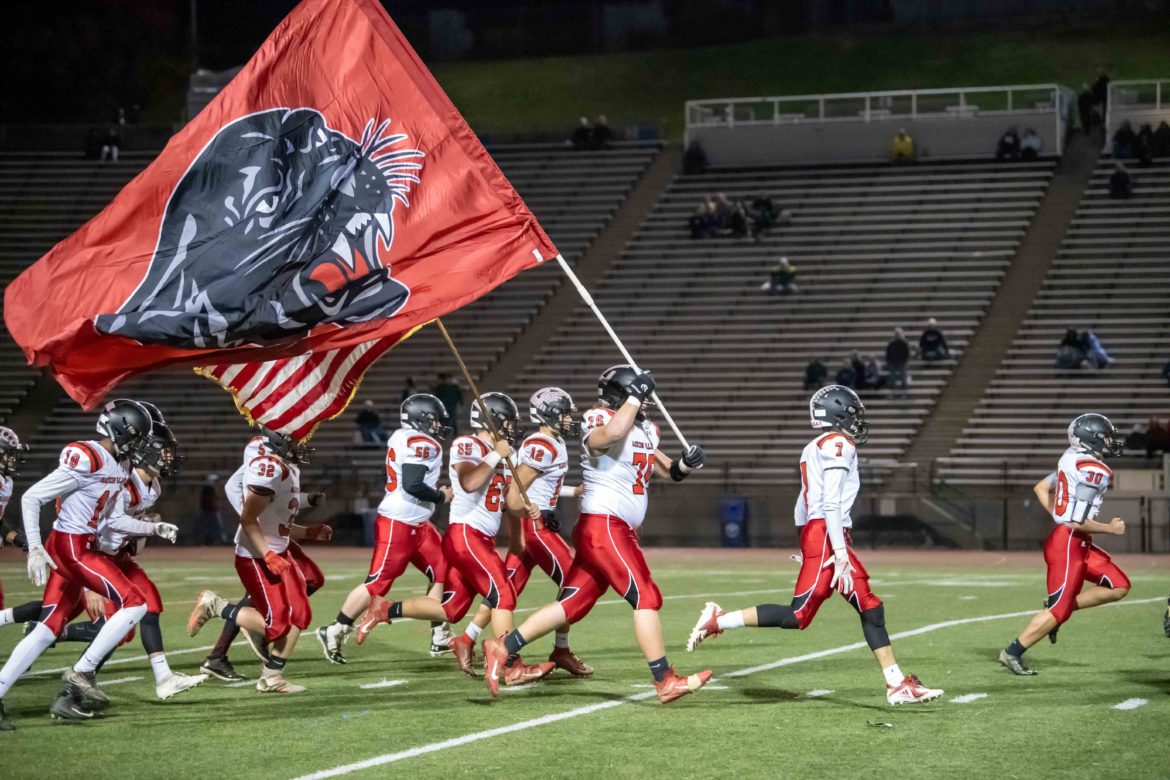