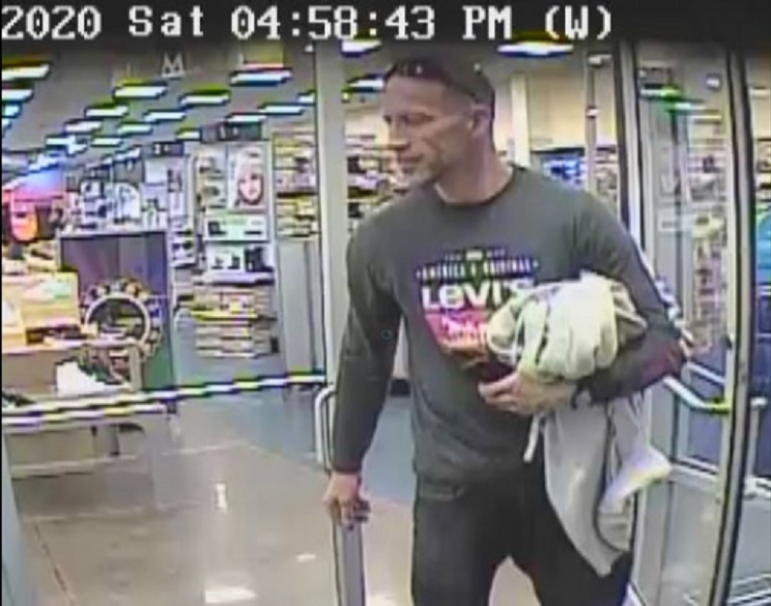 The Richland Township Police Department released this store surveillance photo of an unidentified man who they say allegedly stole a pair of Pumas valued at $69.99 from Shoe Carnival on Rt. 309 Jan. 11.

UPDATE: Richland Township Police announced Friday that the pictured man has been identified.

Richland Township Police are asking for the public’s help with identifying an alleged sneaker thief, who they say struck the Shoe Carnival store in the Walmart shopping center on Rt. 309 on the afternoon of Saturday, Jan. 11.

In a post on the department’s Crimewatch site Friday, police said the man was observed on store surveillance cameras removing a pair of Puma shoes from the store without paying for them.

Police said the shoes are valued at $69.99 and were concealed inside the man’s sweatshirt.

The man is described as white and in his mid to late 30s, with a short beard or goatee.

Police said he was last seen wearing a long-sleeved shirt with the Levi’s logo on it, along with dark-colored jeans and gray shoes.

Anyone who recognizes the man is asked to contact Ofc. Joshua Fonseca at 215-536-9500 or joshuaf@richlandtownshippd.org, or via the Richland Township Police Department’s Submit a Tip page on Crimewatch. The RTPD also has an anonymous tip line which can be used for this and other cases: 215-536-6967.