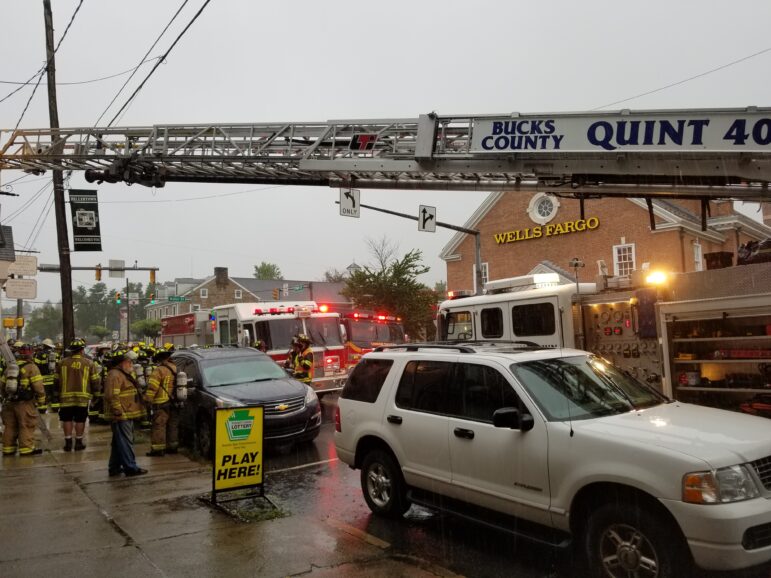 A report of smoke and the odor of burnt plastic in a downtown Hellertown building drew a rapid response by Hellertown police and local volunteer fire companies Friday evening.

In addition to the first floor offices, two apartments are located on the second and third floors of the building, respectively. One of the two apartments was occupied at the time the suspicious smell was reported.

As heavy rain fell and police closed the 600 block of Main Street to traffic, fire company crews searched the building for the source of the blaze, before ultimately discovering that a sump pump motor in the basement had begun to smolder.

Saucon Source publisher Josh Popichak reported the smell and the presence of an acrid smog to the Northampton County dispatch center shortly before 6:30 p.m.

“I started to notice a haze in my office and right after that something that smelled like melting plastic,” he said, adding that he found no source for either of the two in his suite. “The police were here in under a minute, and fire crews arrived not long after that.”

Springtown’s ladder truck was used to help firefighters assess the possibility that the fire was contained within one of the upstairs units.

However, once the source of the potential blaze was located in the basement and it was extinguished, the response became one of airing out the building so its occupants could safely return to work and home.

“I’m extremely grateful to our local police and volunteer firefighters for their response to our building this evening,” said Popichak. “It’s easy to take first responders for granted, but this is a reminder that they always deserve recognition for what they do. Thank you to everyone who came out in the rain to help ensure our safety.” 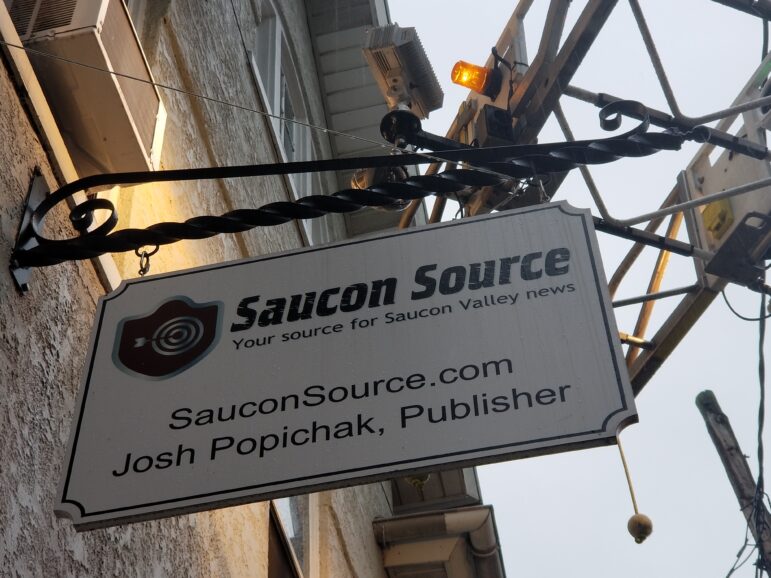 Volunteer fire crews and police officers responded to 656 Main Street in downtown Hellertown–which houses the offices of Saucon Source, Lindsay Albert, EA, and wealth advisor Ben Chunko–for a report of acrid smoke Friday evening. The cause of the odor and haze which filled the building was determined to be a sump pump that had begun to smolder. 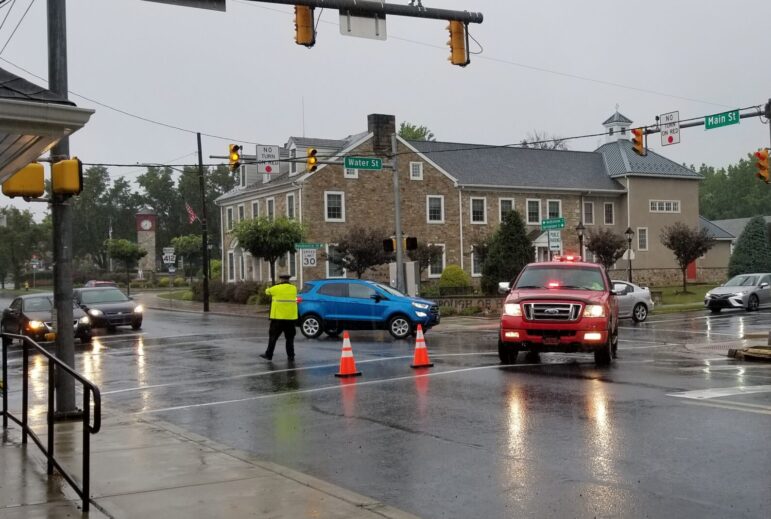 A Hellertown police officer directs traffic at Main and Water streets, as the 600 block of Main Street was closed while firefighters investigated the source of the smoke. 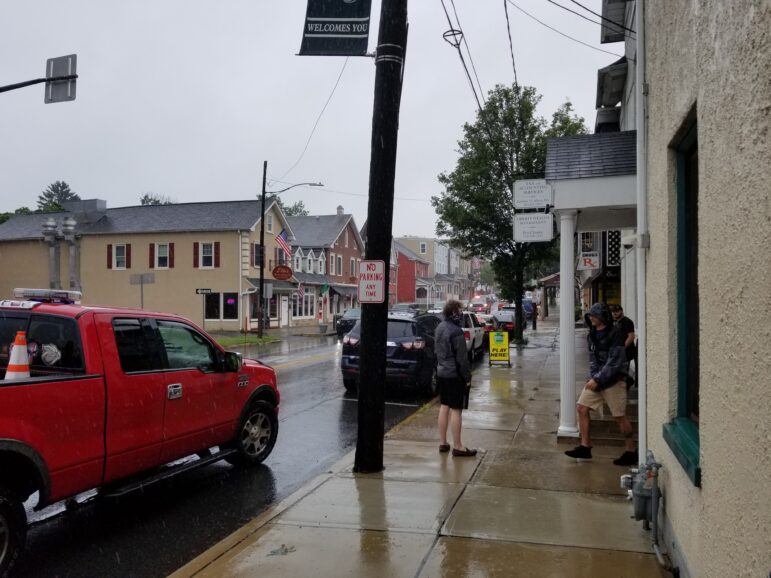 Office and apartment tenants of the building were evacuated as police and fire crews arrived on scene. Heavy rain from the remnants of Tropical Storm Fay fell on the area during the response. 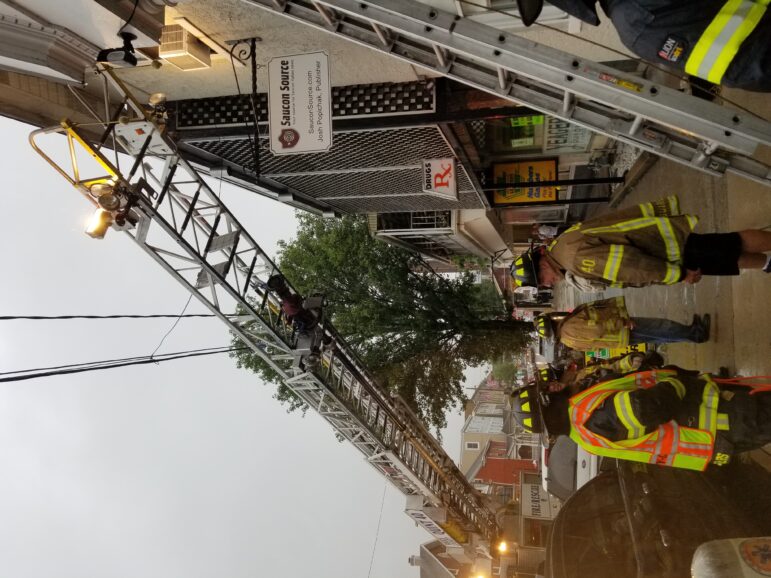 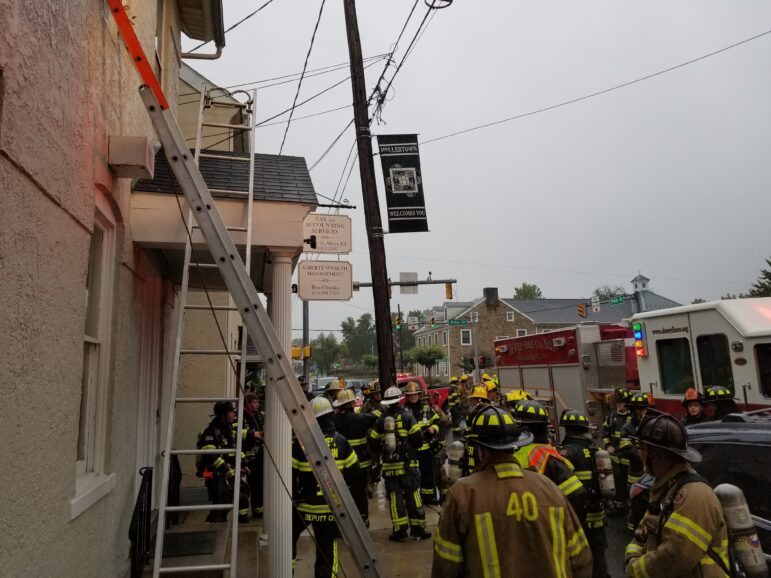 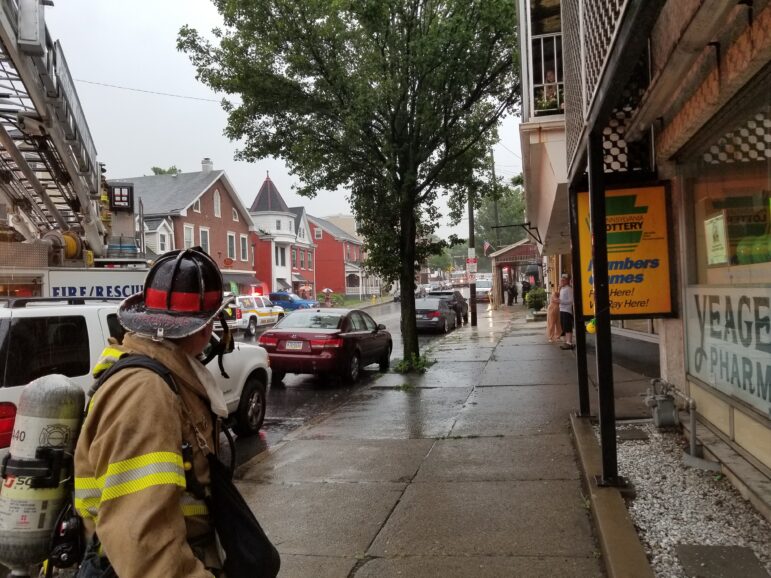 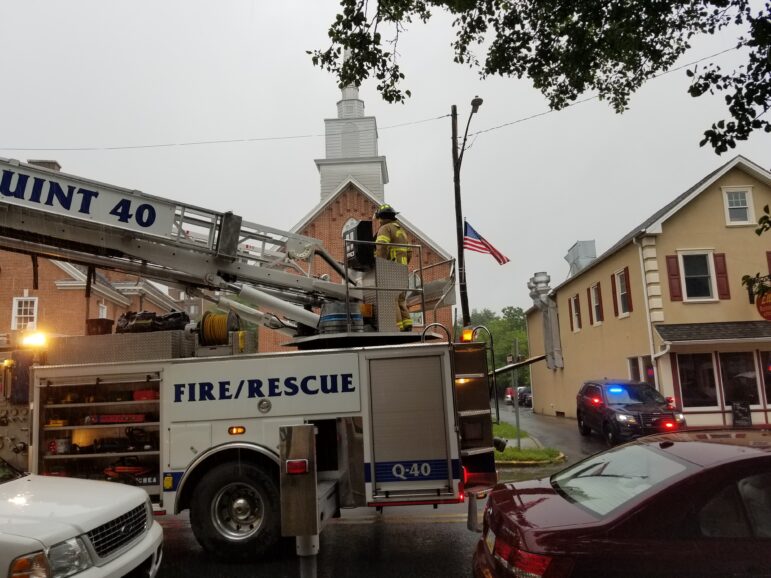 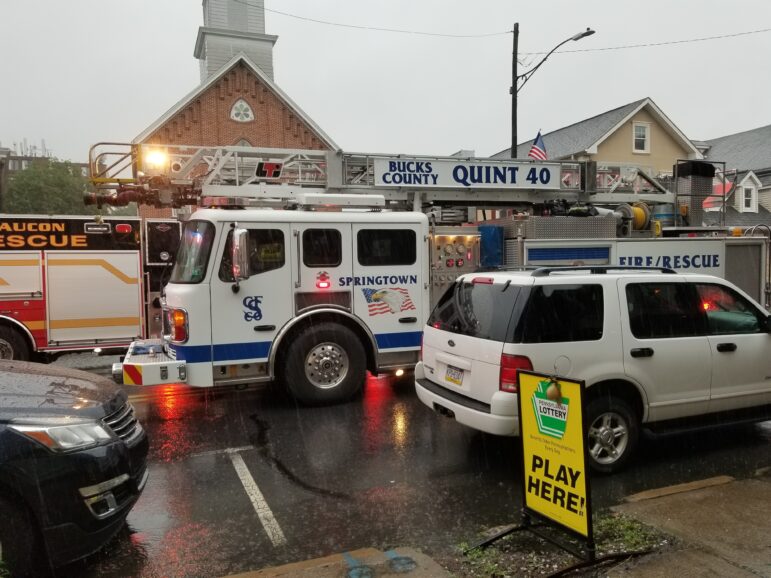 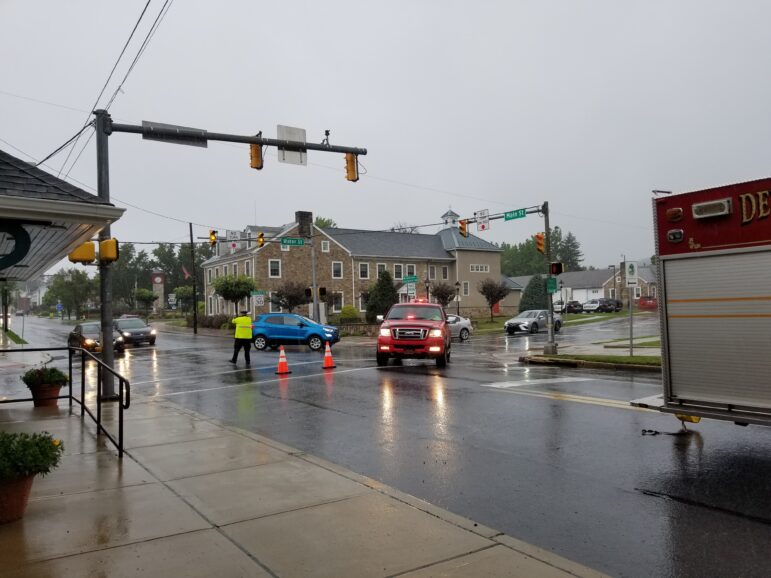 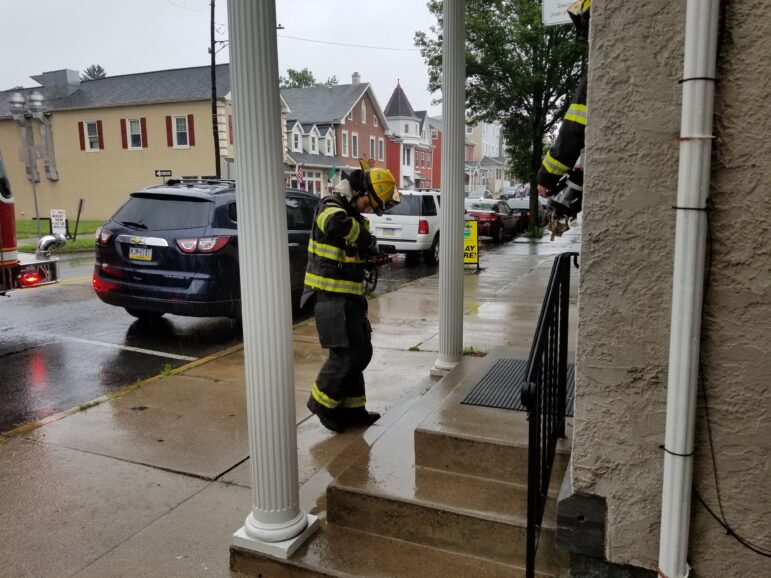 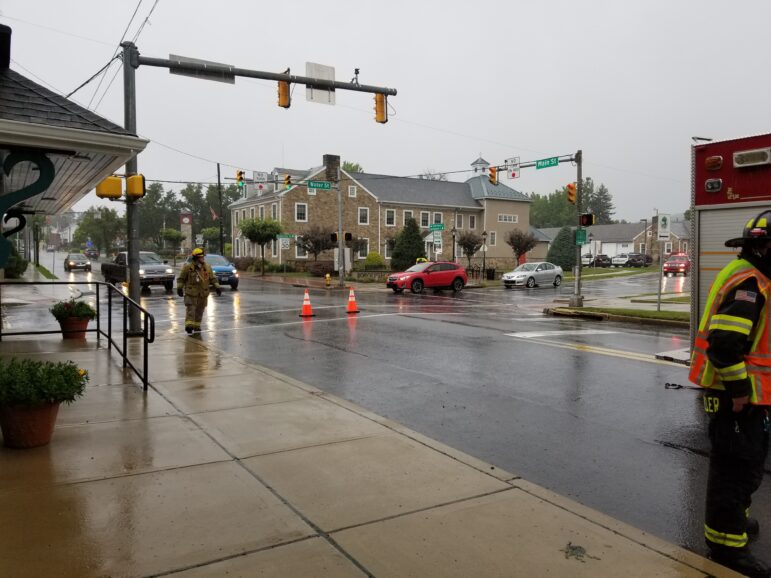 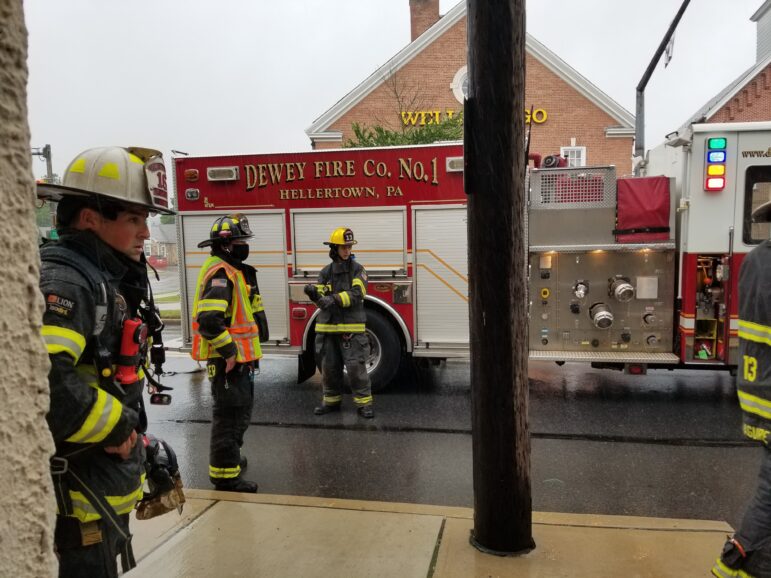 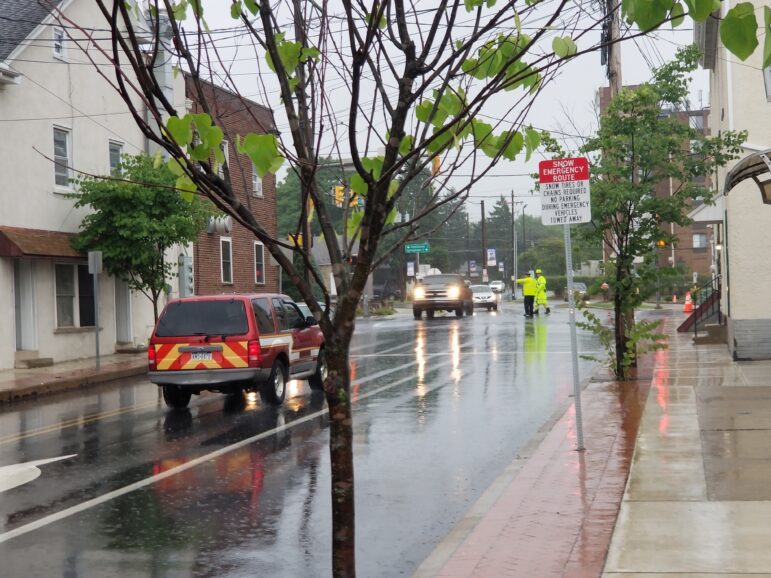 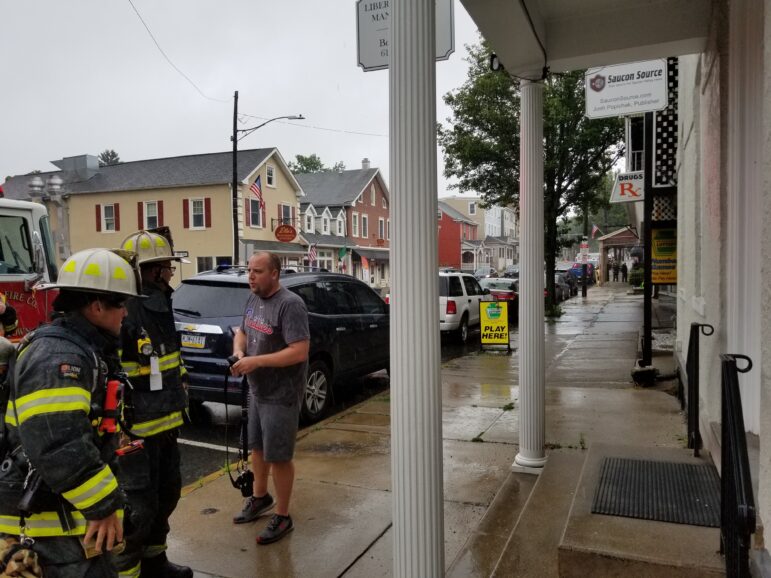 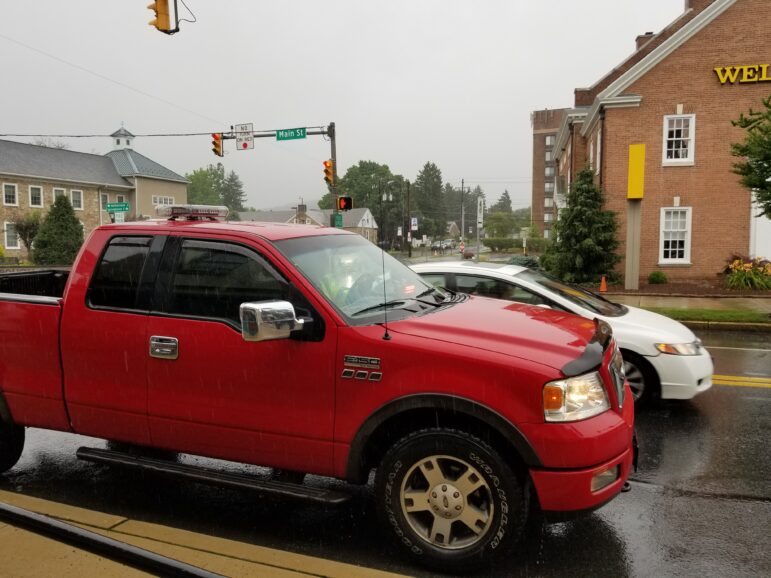 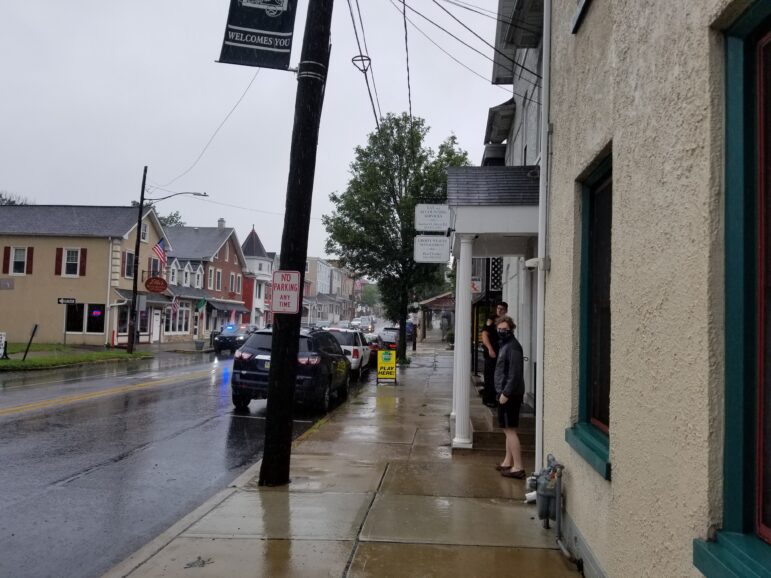 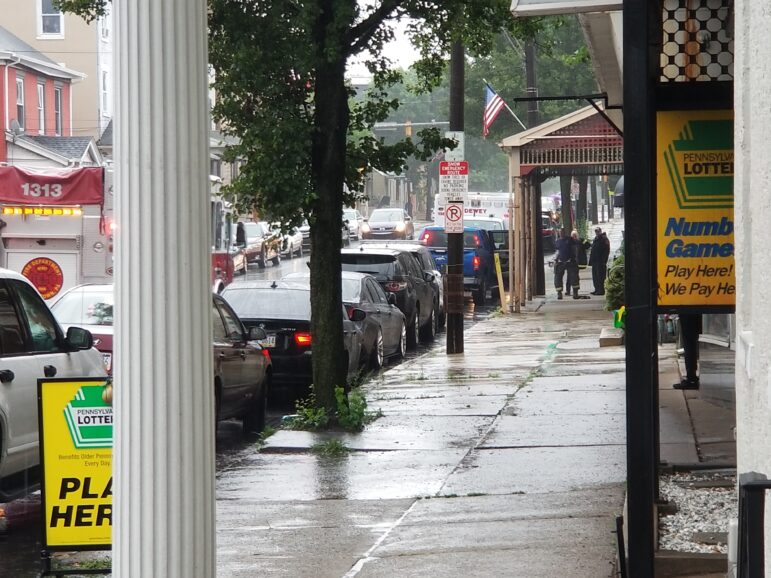