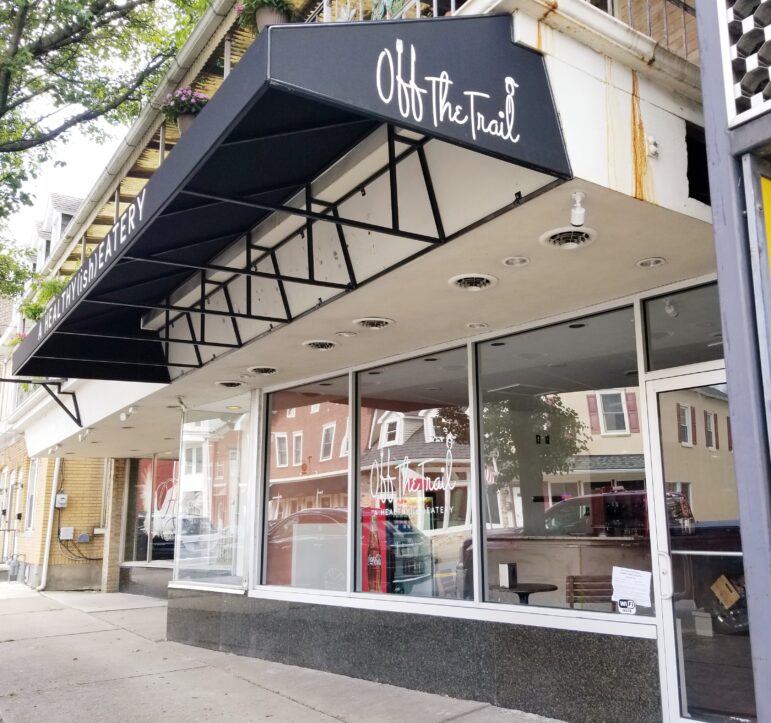 Off The Trail is the newest addition to downtown Hellertown’s dining scene. The cafe at 650 Main Street will serve up salads, sandwiches, desserts, and various other breakfast and lunch options designed to appeal to both plant-based and meat eaters. Owner Allison Guido said she is excited to open her new restaurant and looking forward to customer feedback.

The journey to opening her first restaurant has been full of surprises–not the least of which has been the COVID-19 outbreak that delayed it by several months–said Allison Guido, whose cafe will open Monday, July 27 at 650 Main Street in Hellertown in compliance with current health and safety regulations.

Guido also owns The Brow Society, a popular lash and eyebrow bar located nearby at 766 Main Street. Her new cafe–called Off The Trail–represents her first foray into the food business, she said, and fulfills her vision for what she terms “healthy-ish” eating.

The menu will feature a variety of freshly-prepared salads, small sandwiches, fruit cups, deli-style salads, drinks and more. There will be an emphasis on convenience–with grab-and-go options–along with vegan, vegetarian and gluten-free menu items. It won’t all be “healthy(ish),” however. There will be desserts to appeal to the sweet-toothed consumer.

Guido said she plans to feature a rotating lineup of specials at Off The Trail. Among the first to be offered are a twisted grilled cheese sandwich made with cinnamon bread and cheddar and a Caprese Panini that will feature fresh tomato, fresh mozzarella cheese, basil and balsamic grilled together on fresh sourdough bread.

“I am looking for suggestions from the community on what they would like to see in the restaurant in the near future,” Guido said, noting that she will have a suggestion box.

She also plans to support other local businesses, such as Vegan Treats and High Point Kombucha, some of whose products will be available upon the store’s opening.

Despite her lack of restaurant experience, Guido said she has always had an interest in food. She attended culinary school and grew up in a household whose members know their way around a kitchen. In fact, her father now owns a restaurant in South Carolina.

Off The Trail’s name was inspired by the popular Saucon Rail Trail, which is only two blocks away and which Guido hopes will bring hungry, health-conscious customers to her doorstep. The owners of another eatery that will fill a vacant building on W. Water Street are also banking on a steady flow of trail visitors to help boost their new business’s sales.

Off The Trail will be the second cafe to occupy the space at 650 Main Street in as many years, replacing The Coffee Shop Co., which operated in the same location for roughly six months last year. Prior to that, the space housed the Vapemeister shop for a couple years. 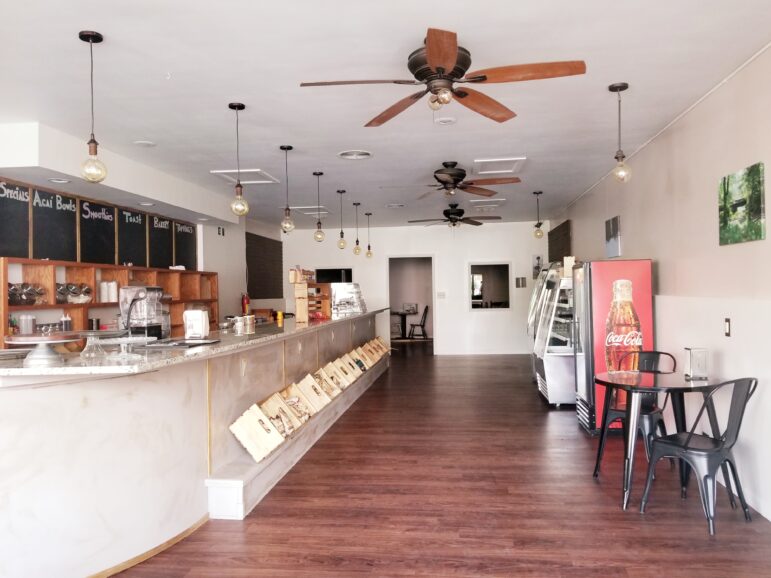 The updated interior at 650 Main Street, which will house Off The Trail, features cozy decor elements like Edison lighting.

Since Guido took it over, various improvements have been made to the space, with new paint, a new counter and wall art featuring iconic scenes from the Hellertown area hung.

Guido said Off The Trail will be open from 6 a.m. to 6 p.m. Monday through Friday and 8 a.m. to 4 p.m. Saturday. There will be free wifi and some seating outside. A second room at the back of the restaurant will eventually accommodate additional customer seating. Both cash and major credit cards will be accepted, and parking is available on the street.

Due to opening amid the COVID-19 pandemic, Guido stressed that she and her staff will be following all regulations for the safe operation of a dining establishment at this time, including enforcing social distancing requirements and the use of face coverings.

Off The Trail’s menu will be regularly updated with new specials, so customers should follow the restaurant on Instagram (@offthetrailpa). More information can also be found on Off The Trail’s Google Business page. 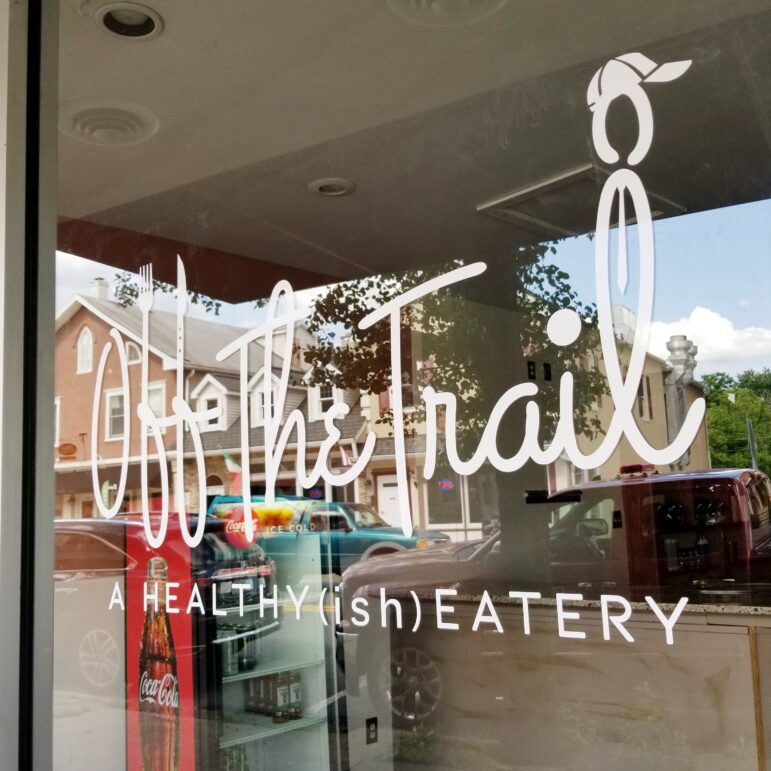 The logo for Off The Trail features its description as a “healthy(ish) eatery.” The cafe is located at 650 Main St., Hellertown.