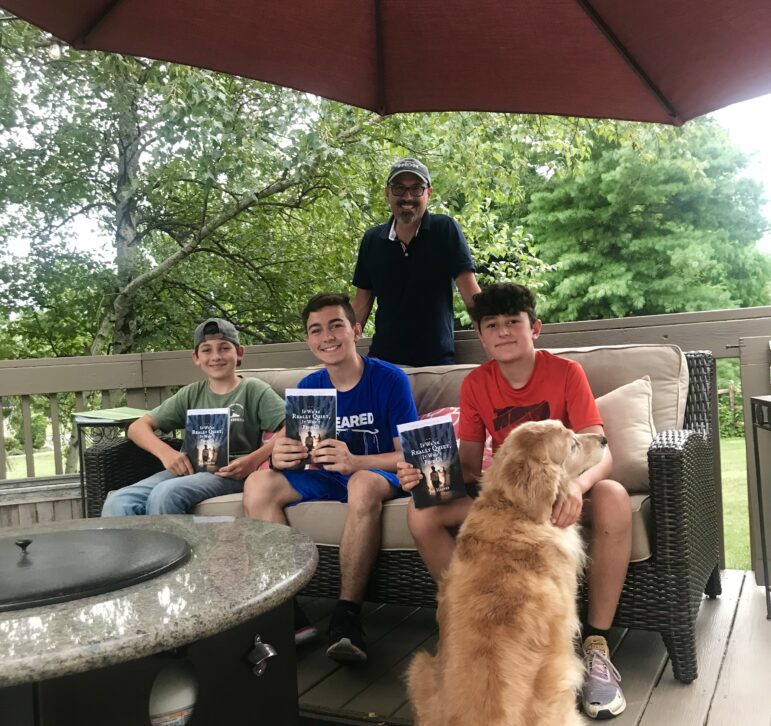 Saucon Valley Middle School students George Lookenbill (left), John Murphy (center) and Peter Albano (right) are seen with Joe Harvey, author of “If We’re Really Quiet, It Won’t Find Us.” The three boys became the inspiration for the main characters of the story after being third grade students in Harvey’s class at Saucon Valley Elementary School.

Saucon Valley author Joe Harvey has enjoyed the release of his two newest books this summer.

One of the new releases, If We’re Really Quiet, It Won’t Find Us, was made possible with the help of three Saucon Valley students who inspired the main characters of the book.

George Lookenbill, John Murphy and Peter Albano were students of Harvey’s when they were third graders at Saucon Valley Elementary School.

The boys, who are now entering eighth grade at Saucon Valley Middle School, still have fond memories of reading Harvey’s manuscript of the story and providing feedback four summers ago.

In the book, fictionalized versions of Lookenbill, Murphy and Albano attend a summer camp where strange happenings unfold. The boys work together to investigate mysterious disappearances while avoiding a large wolf-like creature with poor eyesight and an acute sense of hearing.

The experience was a unique one for Harvey, too, who used it as an opportunity to teach his students about the process of writing and publishing a book. Harvey said he would occasionally receive questions from students about writing, his books or the publishing process.

“I thought it would be a really neat experience for them and me if I took them along with the writing process in general,” Harvey said.

“I was always telling my students that when you first sit down to write you should not worry about making mistakes,” he added. “It’s a good life lesson, you shouldn’t worry about what other people are going to say.”

Harvey did his best to incorporate the boys’ personalities into the story. Lookenbill is the most outdoorsy of the group, and as such he became the main character in the story.

“John (Murphy) is more of the analytical guy, and Peter (Albano) is the comic relief,” Harvey said.

The teacher also had some fun fictionalizing three of his more adventurous students. 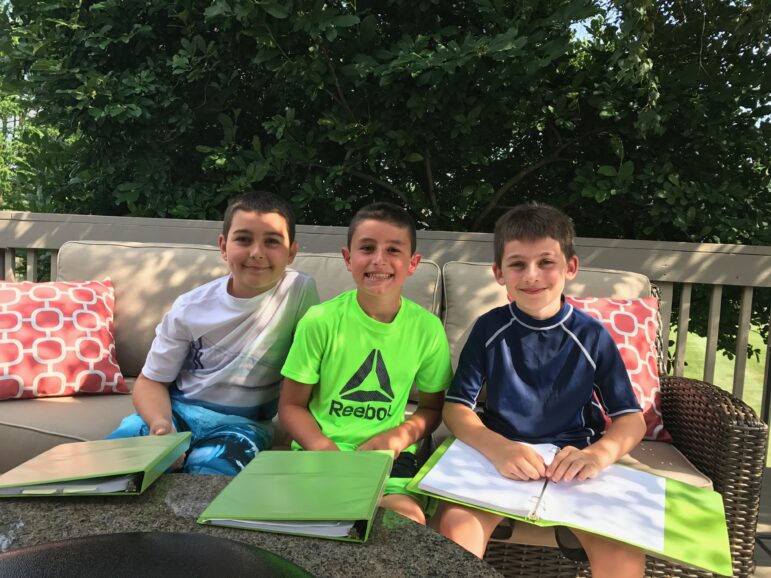 Murphy (left), Albano (center) and Lookenbill (right) pictured in the summer of 2016 as they worked with Harvey on early drafts of the story.

If We’re Really Quiet, It Won’t Find Us is the first book in a new series called “Famous Last Words.” The series is intended for children ages eight through twelve. Harvey got the idea for the series from his wife as the pair were driving to a vacation in Virginia Beach.

Harvey liked the idea of writing a fun, page-turning series that would not require a lot of research. He also wanted to write something his elementary school students could read.

“I could write something where you have to read through the whole book to find out what happens at the end, but the title would be the last words,” Harvey said.

Harvey had originally gotten into writing as a way of keeping himself busy. He started his career teaching music, and then decided he wanted to go back to school and get his elementary and English teaching certificates.

During that career change, Harvey was doing a lot of substitute teaching.

“Subbing is fun, but it’s not very intellectually stimulating,” he said. “So I basically started writing to put my time into something productive.”

The first book Harvey wrote was a historical novel for children called From Blue Ground. The book took plenty of research to write, so Harvey decided he would try to find a publisher that might be interested in the story.

“I made a circle on the map and basically sent it out to any publisher I could find that might be interested in Pennsylvania history,” Harvey said. “I was turned down by quite a few publishers, but one publisher, Sunbury Press, liked it.”

An imprint of Sunbury Press called Milford House published Harvey’s newest books, If We’re Really Quiet, It Won’t Find Us, and a young adult coming-of-age book titled Summer Changes Everything. The books were published on June 29 of this year, following a small delay after the publisher restructured itself.

Harvey is now keeping busy working on the second installment in the “Famous Last Words” series. The second book will also feature Lookenbill, Murphy and Albano, and the whole group is excited to receive the second manuscript and give the author more feedback.

“It gives us an excuse to connect now, because they’re great kids and I really miss them because I’m not at Saucon Valley anymore,” said Harvey, who now teaches in the Quakertown Community School District.

Both of Harvey’s new titles are available on Amazon, the Sunbury Press website and the Kindle Store. Both are also included with a Kindle Unlimited subscription. 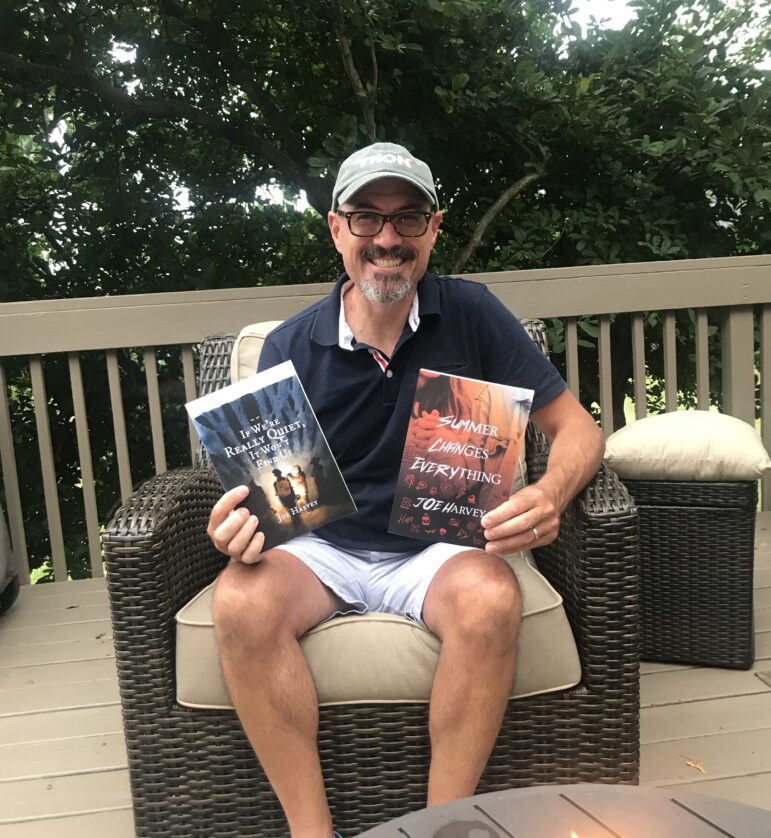 Local author Joe Harvey is pictured with his two newest books. Both were published by Milford House Press in June 2020.