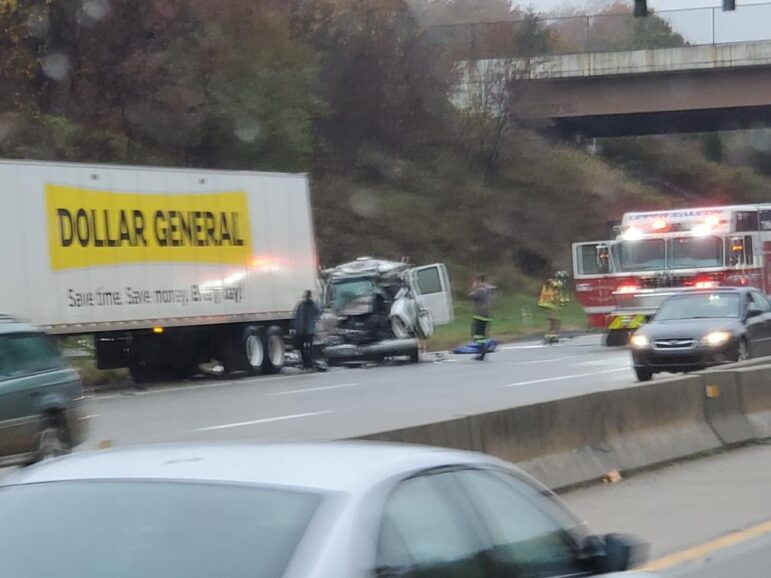 A 32-year-old woman and a six-year-old girl were killed when the work van the woman was driving struck the back of a tractor-trailer that was parked on the shoulder of I-78 in Upper Saucon Township Monday.

Monday morning’s commute turned deadly for a woman and child who were killed when the work van the woman was driving struck the back of a tractor-trailer parked on the highway’s shoulder near the Summit Lawn exit on I-78 in Upper Saucon Township.

The Morning Call reported that neither the 32-year-old woman nor the six-year-old child were wearing seat belts at the time of the 6:25 a.m. accident, which caused traffic in the area to back up for miles.

The names of the two victims have been withheld pending notification of next of kin, and it wasn’t immediately clear if they were related to each other, the story indicated.

WFMZ reported that the tractor-trailer was stopped with its emergency flashers activated on the right shoulder of I-78 eastbound near mile marker 59.5 when the wreck happened.

The driver was outside of the truck when it was struck, the news station reported.

A photo taken by a witness to the accident scene shows a Dollar General trailer parked on the side of the road, with the van that struck it crumpled and at an angle behind it.

The crash is under investigation by Pennsylvania State Police at Fogelsville, who this morning also responded to an accident on the westbound side of the highway in the same vicinity as the earlier fatal accident. 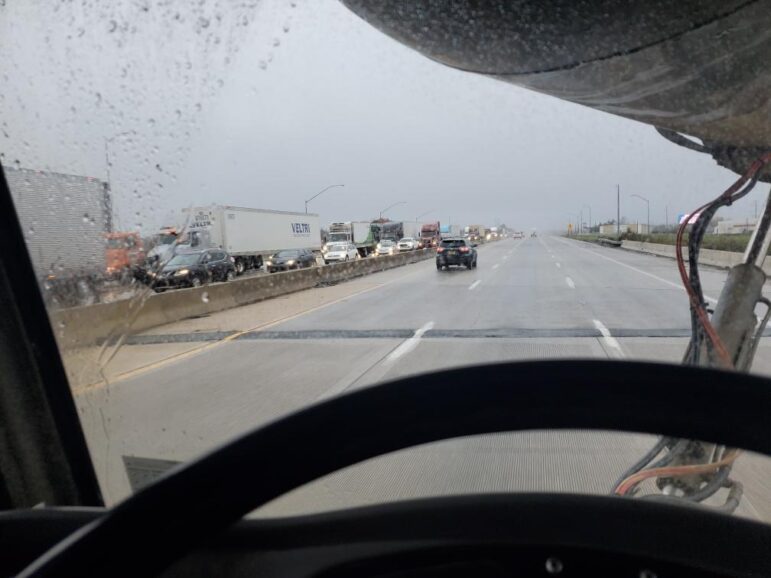 The double-fatal accident that occurred just past the Summit Lawn exit on I-78 in Upper Saucon Township, Lehigh County caused a lengthy traffic backup during Monday morning’s rush hour. 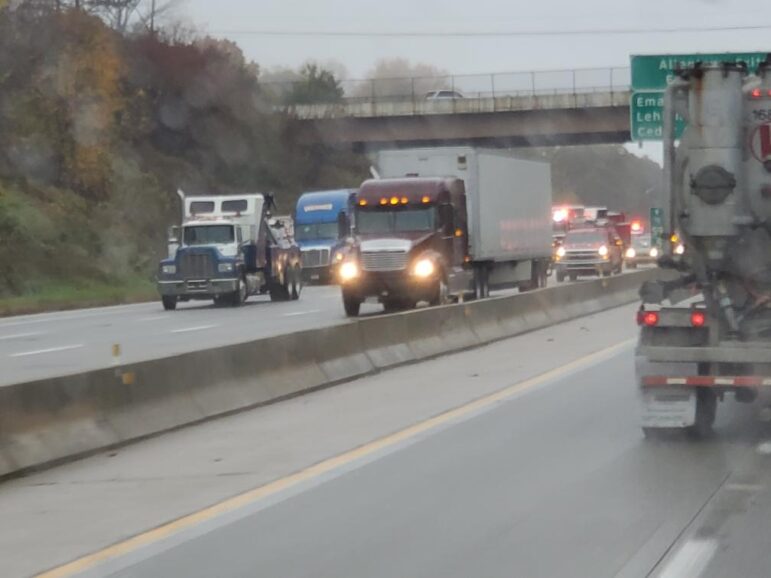 The section of I-78 where Monday’s fatal crash occurred is known for its heavy truck traffic, and has been the scene of numerous wrecks involving tractor-trailers in the recent past.