The Saucon Valley School District reported another case of COVID-19 Thursday, which superintendent Dr. Craig Butler said was at the high school. It was the tenth confirmed case at the school, the fourteenth district-wide and the sixth reported over the past week.

The case was just one of nearly 400 confirmed in Northampton County on a record-shattering day for new cases. The county’s previous record was 248 cases set on Dec. 1.

The health department reported that 5,071 Pennsylvanians were hospitalized with COVID-19 as of Friday, with 1,065 of them in hospital intensive care units. Most of the individuals who are hospitalized are over the age of 65, the department said, noting that most of those who have died from COVID-19 are also over 65.

Testing is free and the site is open to everyone, regardless of whether or not they have symptoms of COVID-19, however it has a daily capacity of 450 patients. The facility had to close early on its first day of operation once capacity was reached. It remains open through Sunday, Dec. 6, from 9 a.m. to 6 p.m. 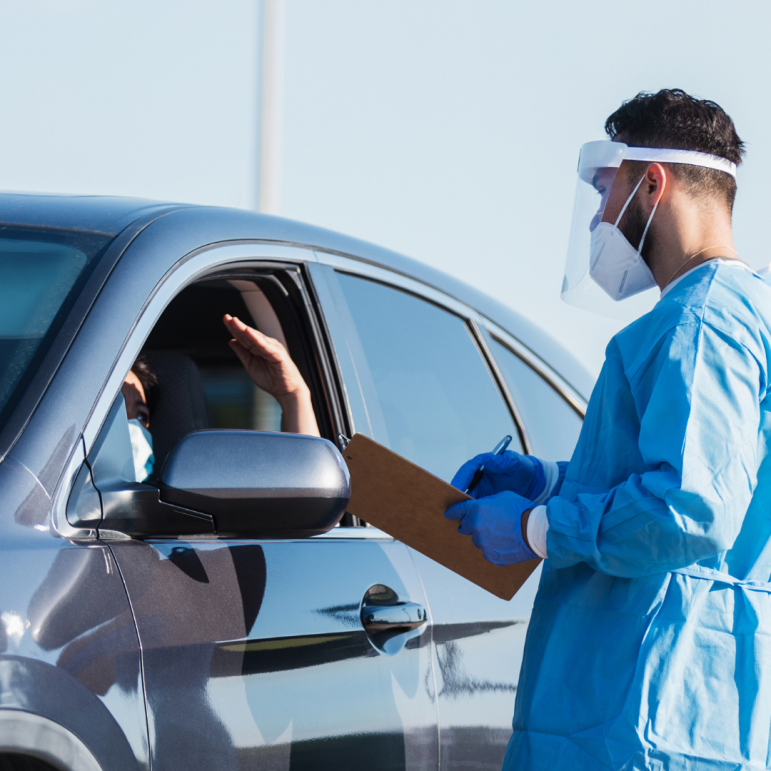 Nasal swab testing for COVID-19 is often conducted at drive-up testing sites such as one the Pennsylvania Department of Health is currently operating at a Park ‘n Ride facility in Bethlehem Township, Northampton County. (STOCK IMAGE)

In his letter to parents about the most recent case at Saucon Valley High School, Butler said it had been determined that the individual had no close contacts within the school district. The Pennsylvania Department of Health was notified of the case, he added.

School districts are limited in the amount of information they can release regarding COVID-19 cases because of the Health Insurance Portability and Accountability Act (HIPAA), which by law forbids them from releasing identifying details about patient health records.

All Saucon Valley elementary, middle and high school students have been attending classes remotely this week, as part of a precautionary plan that was put in place before the Thanksgiving holiday, when it was believed there would be additional spread of COVID-19 due to family gatherings and holiday-associated travel.

Hundreds of Saucon students who attend in-person classes five days a week will return to their classrooms on Monday, Dec. 7, and Butler stressed in his email that they will do that “as scheduled.”

The state departments of health and education are monitoring local school districts for compliance with safety protocols that district leaders recently had to ascertain they are following, in order to continue regular, in-person study in counties in which there has been confirmed “substantial transmission” of COVID-19 occurring for at least two weeks.

In Northampton County, like almost all of Pennsylvania’s 67 counties, there is substantial community transmission of the virus occurring, according to health department officials.

Failure to follow the protocols, or new cases within a school that exceed the threshold for that building as defined by the state officials, could mean that students will temporarily have to learn remotely. So far this year, Saucon Valley High School students have had nearly four weeks of virtual schooling, including the current week (Nov. 30 to Dec. 4).

“I strongly encourage families and students to exercise all safety precautions including masking and distancing outside of school hours,” Butler said in his email to parents Thursday evening. “The health and safety of our students and staff is of the utmost importance. Our actions are based on that premise.”

State health officials continue to do the same.

“Mask-wearing is required in all businesses and whenever leaving home,” Friday’s Pennsylvania Health Department news release stated. “Consistent mask-wearing is critical to preventing the spread of COVID-19.”