UPDATE: The Borough of Hellertown has announced that recycling pickup scheduled for Tuesday, Feb. 23 has been postponed until Wednesday, Feb. 24, due to the weather.

Some local students were kept at school because their bus couldn’t reach their regular stops, and trash collection in one borough was postponed due to what officials in a phone message called “larger than expected snowfall” from Monday’s predicted winter storm.

Coopersburg borough staff alerted residents Monday afternoon that Tuesday’s garbage pickup has been postponed until this Friday, Feb. 26, due to a scheduling change by hauler J.P. Mascaro. Recycling will also be picked up Friday, the message said.

“Please spread the word, and sorry for the inconvenience,” the recording said.

The National Weather Service issued a winter weather advisory for Lehigh and Northampton counties for 2 to 4 inches of snow Monday, however the heavy snow that fell from about 9 a.m. to 2:30 p.m. resulted in accumulations of up to 6 inches in places.

The snow that fell Monday was just the latest round of winter weather for the Lehigh Valley, which has been dumped on repeatedly throughout February, beginning with a monster snowstorm that lasted from Jan. 31 to Feb. 2 and dropped more than two feet.

Saucon Valley students had in-person instruction Monday, but many other districts in the area either closed completely or instructed students remotely due to the weather.

According to a district alert shared by the Lower Saucon Township Facebook page, the heavy snow created problems for at least one district school bus, which couldn’t drop students off at various stops on its normal route.

The alert from the district indicated that “due to road conditions” Bus #22 would “not be able to reach” the stops along University Avenue, in the 3700 block of Rt. 378 and in the 3700 block of Old Philadelphia Pike. All of the stops are located on narrow and/or steeply-inclined roads at relatively high elevations on South Mountain.

“You will have to come to the high school and middle school to pick up your children,” the alert instructed parents.

In spite of the nasty weather Monday, a reprieve is in the forecast. High temperatures for most of this week will be in the 40s, according to the National Weather Service. 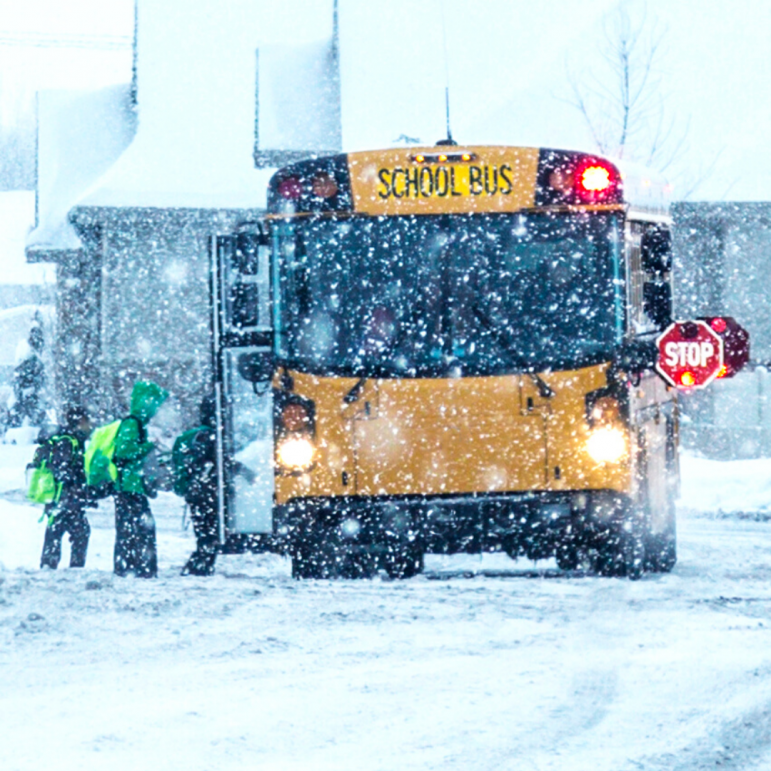 A school bus picks up children in the snow. (FILE PHOTO)