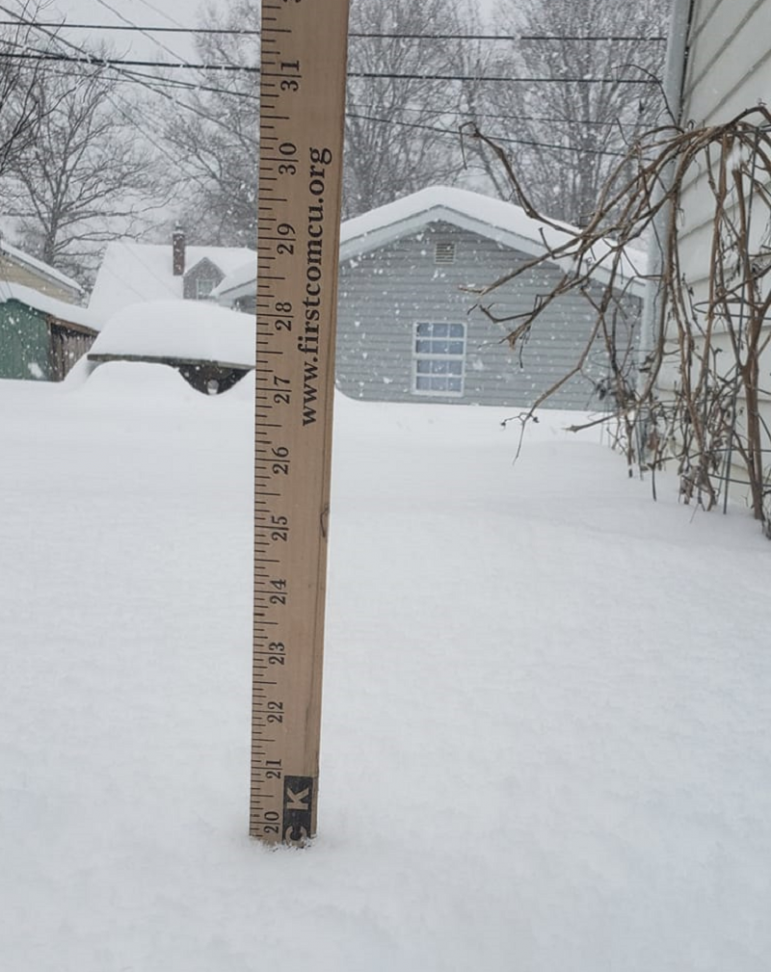 An unofficial measurement taken by a reader in Hellertown around 5 p.m. shows a snow depth of nearly 20 inches. The National Weather Service said as much as 10 additional inches could fall overnight.

The snow began to fall around 11:30 a.m. Sunday. By 5 p.m. Monday there was nearly a foot-and-a-half on the ground in Hellertown and it was still falling–heavily–with meteorologists warning that it could continue to come down all night.

Sometime Tuesday the Nor’easter will move away from the region, but by then the snow it’s leaving behind will likely be measured in feet. Already some locations have measured nearly 20 inches of snow, including Springtown, Bucks County (19.7 inches), Hellertown (17 inches) and Coopersburg (17.1 inches), according to the latest official storm totals from the National Weather Service. With continued accumulation at rates of up to 3 inches an hour in areas under heavy snow bands overnight, it’s not exactly clear how much more could pile up, but an updated winter storm warning said another 7 to 10 inches could be on the way.

Another 10 inches would easily put the storm high on the list of all-time greatest snowstorms, along with the record-breaking Blizzard of 2016. 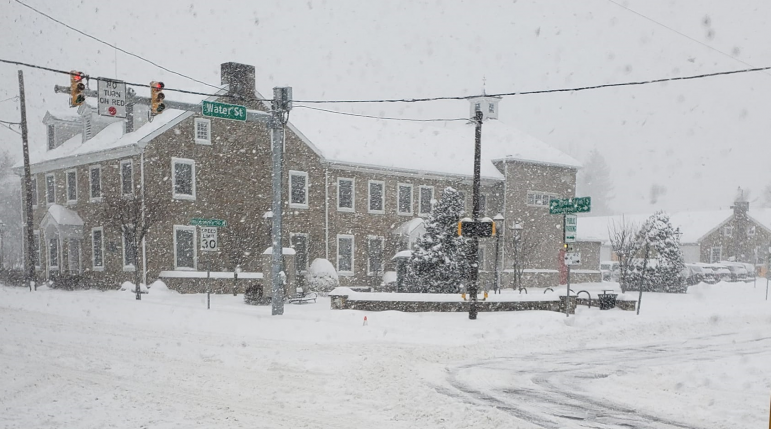 Hellertown Borough Hall was only partly visible from across the street due to the intensity of the snow, which at times fell at rates of up to 3 inches an hour.

With schools and most businesses closed Monday, and public safety officials warning residents to avoid all non-essential travel, life for most came to a standstill.

The only vehicles seen on many streets were snowplows and salt trucks, whose drivers have been working around-the-clock to try and keep roads at least marginally passable.

Their efforts were highlighted in an update from the Borough of Hellertown Monday afternoon, in which officials asked residents to remain off the roads if possible.

“(The Hellertown) Public Works (Department) continues its tireless efforts to maintain passable roads focusing on the PRIMARY arteries only during this period of heavy snowfall,” it said. “Currently we are getting as much as 2-3 inches per hour, which prohibits our ability to maintain all secondary and alley roadways. We strongly urge everyone to stay at home unless you are required to leave your residence at this time. Conditions will continue to deteriorate throughout the evening and overnight hours.”

Blowing snow combined with the heavy precipitation has severely reduced visibility on many roads, which is another reason staying at home is being encouraged by officials.

In Hellertown borough, garbage and recycling pickups have been postponed, according to the following schedule:

Hellertown borough remains under a snow emergency until further notice. Other communities that are under snow emergency declarations include Lower Saucon Township, Fountain Hill and Coopersburg borough.

School cancellations for Tuesday, Feb. 2 had already been announced by late Monday afternoon, with Saucon Valley, Salisbury Township and other districts staying closed due to the storm. Other places such as the Saucon Valley Community Center and the Hellertown Area Library have also announced that they will remain closed Tuesday. For the most comprehensive list of closings, visit WFMZ.com’s StormCenter list.

Due to the snowstorm’s severity, Hellertown officials asked able-bodied individuals to help others shovel their sidewalks and properties if possible. It also reminded residents not to blow or shovel snow into streets and to check on neighbors and elderly residents. 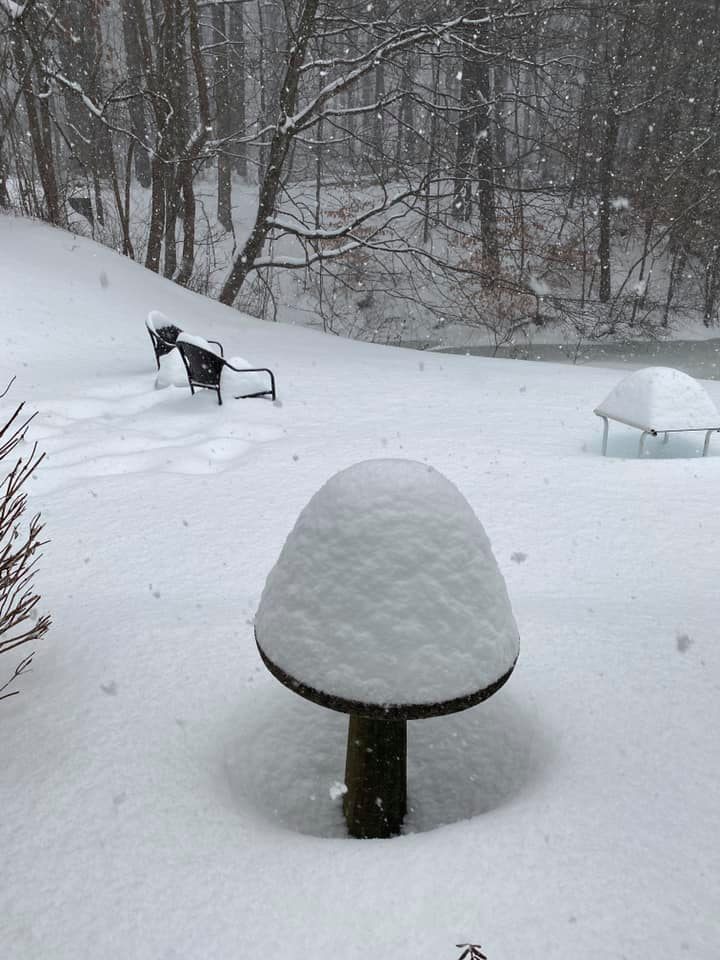 A birdbath was nearly buried under about 18 inches of snow in Wassergass, Lower Saucon Township, Monday afternoon. 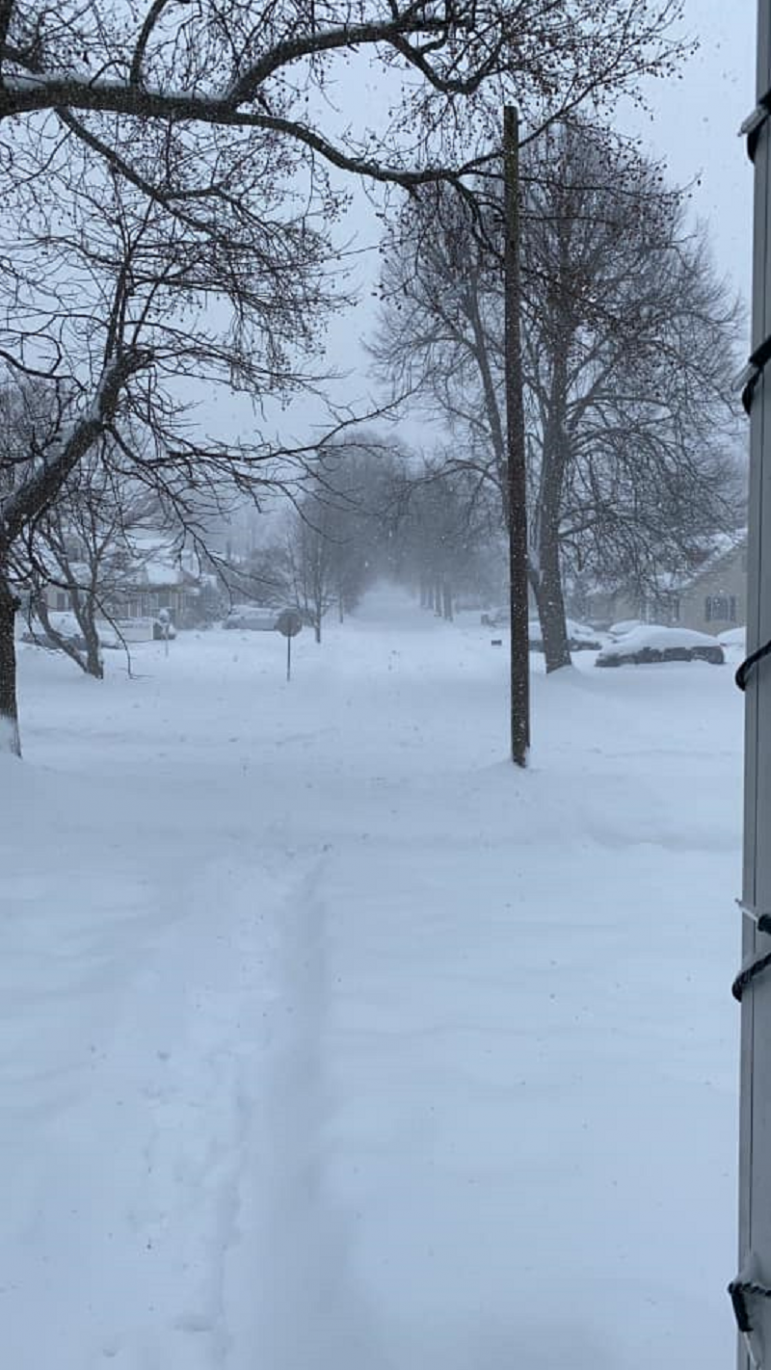 Residential streets like this one in Hellertown borough were essentially empty except for the occasional passing plow truck Monday. 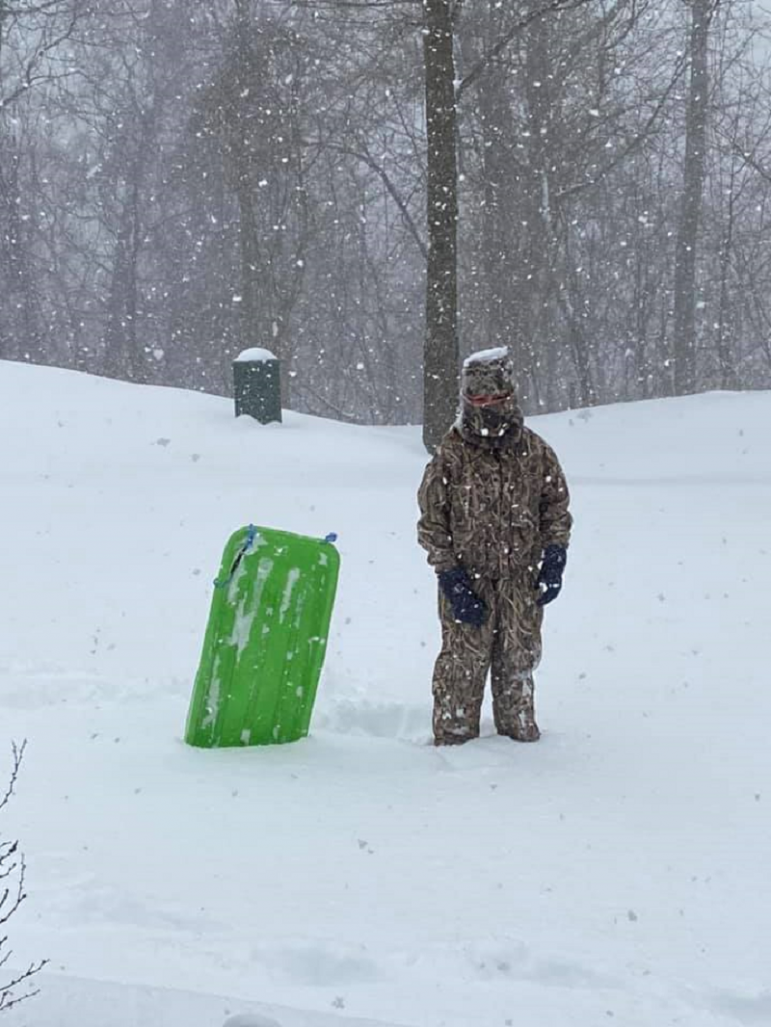 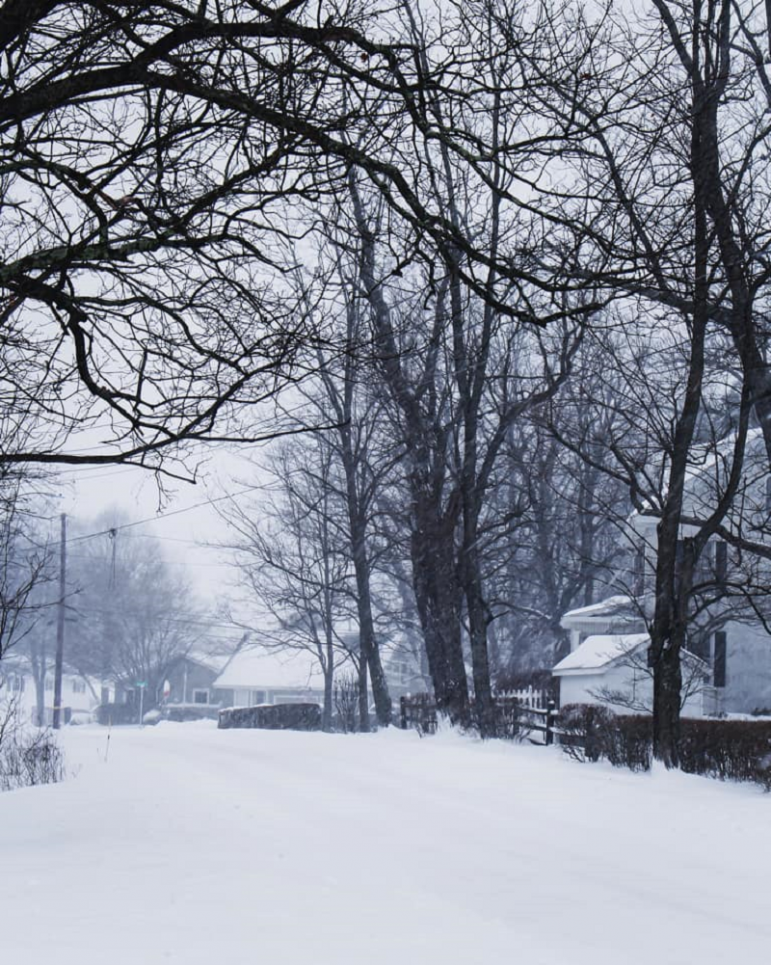 The snowstorm transformed Coopersburg into a world of white. 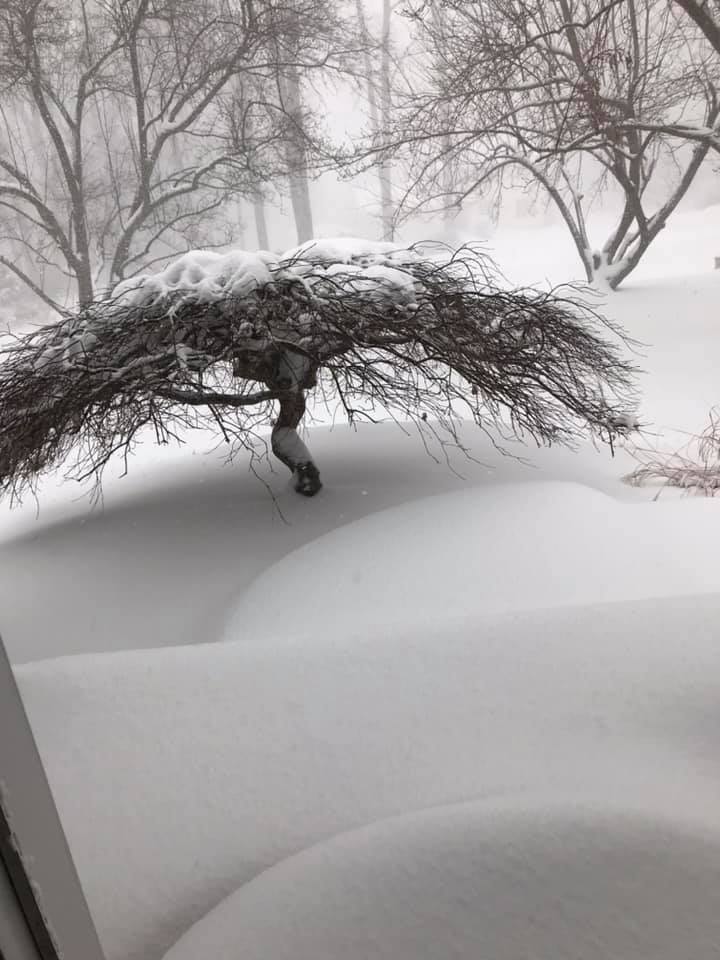 Small shrubs and trees like this one in Steel City, Lower Saucon Township, were threatened with burial by the snow, which piled up steadily all day Monday. 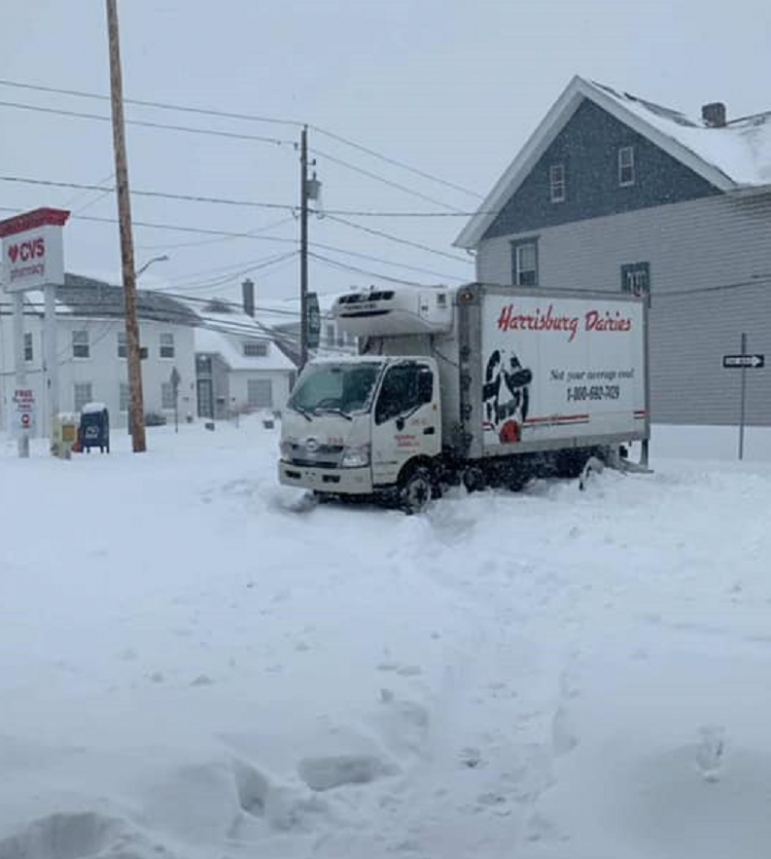 A Harrisburg Dairies truck appeared stranded outside CVS on Main Street in Hellertown Monday. Many residents stocked up on milk, bread, eggs and other items before the snowstorm struck. 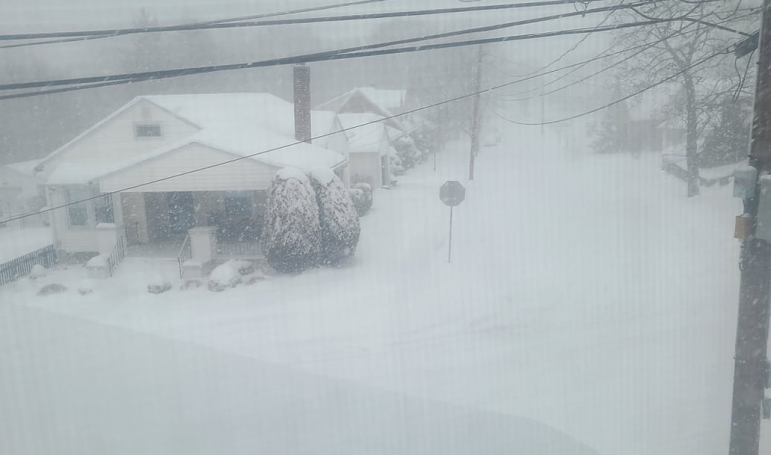 A view of Delaware Avenue in Hellertown shows how deserted streets were during the storm Monday. 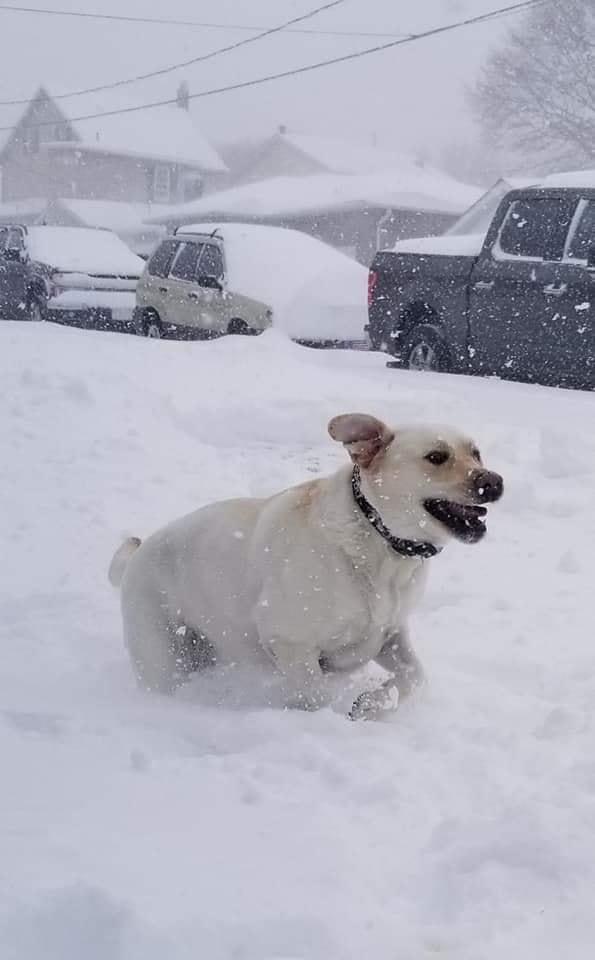 Many dogs were eager to enjoy a romp in the freshly-fallen snow.