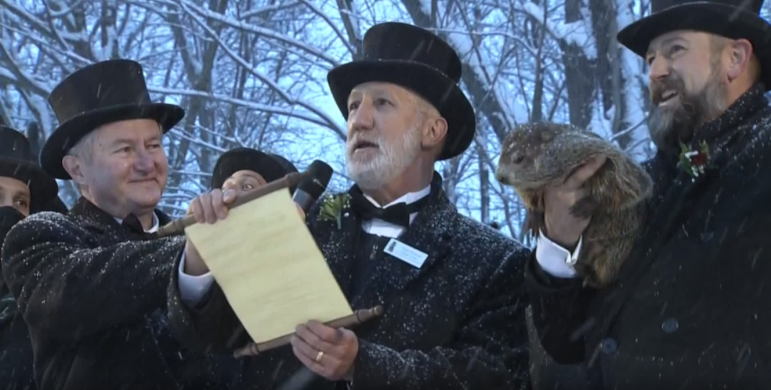 Punxsutawney Phil emerged from his lair at Gobbler’s Knob Tuesday to see his shadow. According to legend, if he sees his shadow on Feb. 2 six more weeks of winter can be expected. If he fails to see it there will be an early spring, the story goes.

America’s most famous groundhog, Punxsutawney Phil, has spoken, and his forecast for the next six weeks is a frosty one.

As snow fell lightly, Phil emerged from atop Gobbler’s Knob in his home city of Punxsutawney in western Pennsylvania and saw his shadow early Tuesday morning.

According to folklore, that guarantees an extension of the snow and cold the area has been experiencing. Had he not seen his shadow, an early spring would be on the way.

Phil’s prediction may not have come as a complete surprise to many observers–especially in the eastern part of the state–parts of which just received approximately 30 inches of snow. The Lehigh Valley is just beginning to dig out from the rare Nor’easter–which began Sunday–and much of the region is under a heavy blanket of snow because of it.

Tuesday’s proclamation by Phil was also historic because it was part of the first-ever virtual Groundhog Day celebration, which was held due to limits on public gatherings during the coronavirus pandemic. Attendance at the event was limited to the members of Phil’s Inner Circle, who were required to wear masks for much of the ceremony.

Members of the famous Inner Circle were required to wear face masks for the 2021 celebration, which was livestreamed due to the coronavirus pandemic. In a typical year, as many as 40,000 people gather to watch Phil emerge from Gobbler’s Knob.

“Visitors from all over the world tuned in (to the livestream) to see Phil make his highly anticipated weather prognostication for the 135th time,” a state news release noted.

“The annual event began in 1886, when a spirited group of groundhog hunters dubbed themselves ‘The Punxsutawney Groundhog Club’ and proclaimed Punxsutawney Phil to be the one and only weather prognosticating groundhog,” it said.

“Groundhog Day is a beloved Pennsylvania tradition that has been embraced wholeheartedly by Phil’s faithful fans from around the world for generations,” said Pennsylvania Gov. Tom Wolf. “Although we couldn’t celebrate together in person this year, viewers could experience the magic of Phil’s prediction virtually by watching from their homes while prioritizing everyone’s health and safety.” 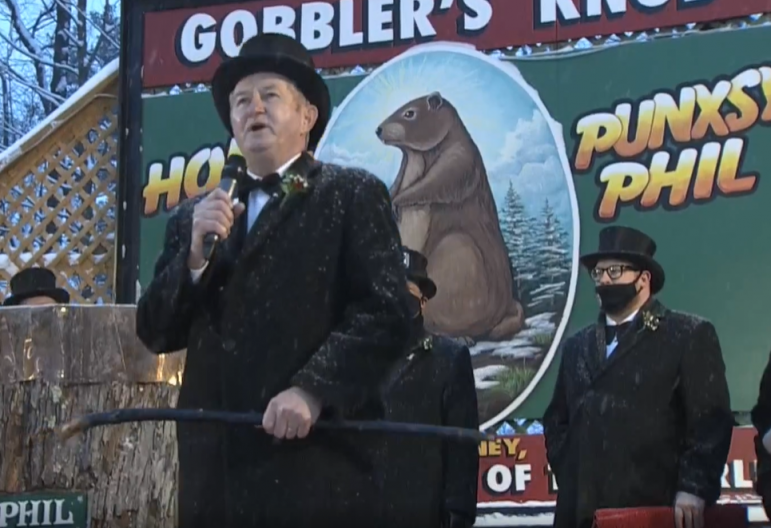 Snow fell on Punxsutawney, Pa., as Phil emerged from his lair at Gobbler’s Knob to see his shadow early Tuesday, Feb. 2.

Fittingly, more snow is on the way for eastern Pennsylvania, according to forecasters.

Following a chance of snow Thursday night, there will be another opportunity for it on Sunday, according to the latest National Weather Service forecast for the Lehigh Valley.

The area remains under a winter storm warning until 4 p.m. Tuesday, with lighter snow expected during the day.

The following snowfall totals have been confirmed by the National Weather Service, although they are not final totals for the Jan. 31-Feb. 2 storm:

This year marks the first time in three years that Phil has seen his shadow. In 2019 and 2020, he failed to see it and predicted an early spring. In 2020, however, a very cool spring ensued, with snow recorded in the area as late as May. 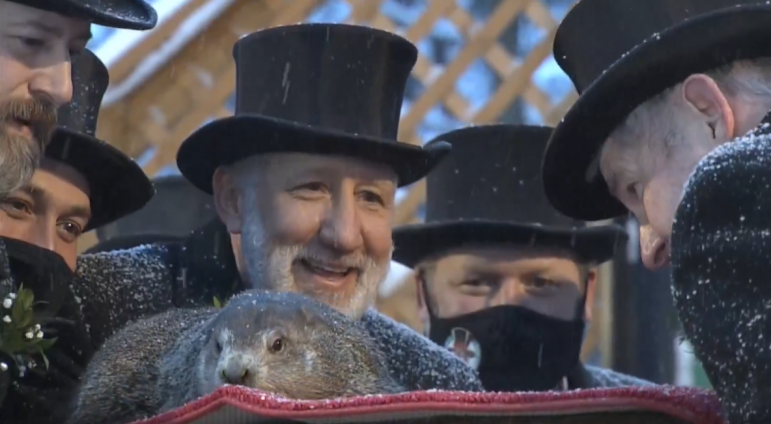 Since Punxsutawney Phil saw his shadow Tuesday, six more weeks of winter can be expected.