Pennsylvania State Police at Dublin are asking for help identifying a motorcyclist who they say crashed his bike in the 2100 block of Rt. 32 (River Road) and left the area without notifying the owner of private property he allegedly damaged or police about what happened. 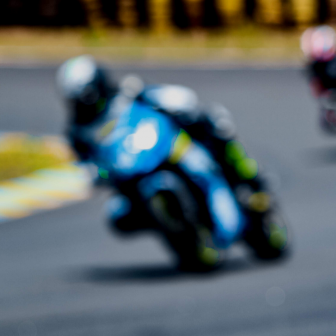 In a news release Thursday, police said the accident happened shortly before 11 p.m. Tuesday, when the southbound rider crossed into the road’s northbound lane “for unknown reasons” and laid the 2009 Suzuki GSX-R600 on its side.

Police said the motorcycle then slid approximately 35 feet across the northbound lane and shoulder before striking and damaging a mailbox, where it came to rest, about a quarter of a mile west of the Narrows Hill Road intersection in Bridgeton Township.

According to the police report, officers later spoke with a witness who told them the motorcycle operator left the scene with an unidentified man on another motorcycle. That witness put the time of the accident at approximately 12:45 a.m., police said.

Troopers reportedly canvassed the area near the accident scene but were unable to locate the biker, whose motorcycle was recovered by Jim Jacobs Towing.

Police said the investigation into the accident is ongoing and asked anyone with information about it to contact the Dublin barracks (PA State Police Troop M).

They did not explain in the police report whether a license plate or vehicle VIN number are available to assist investigators who are looking into the crash.