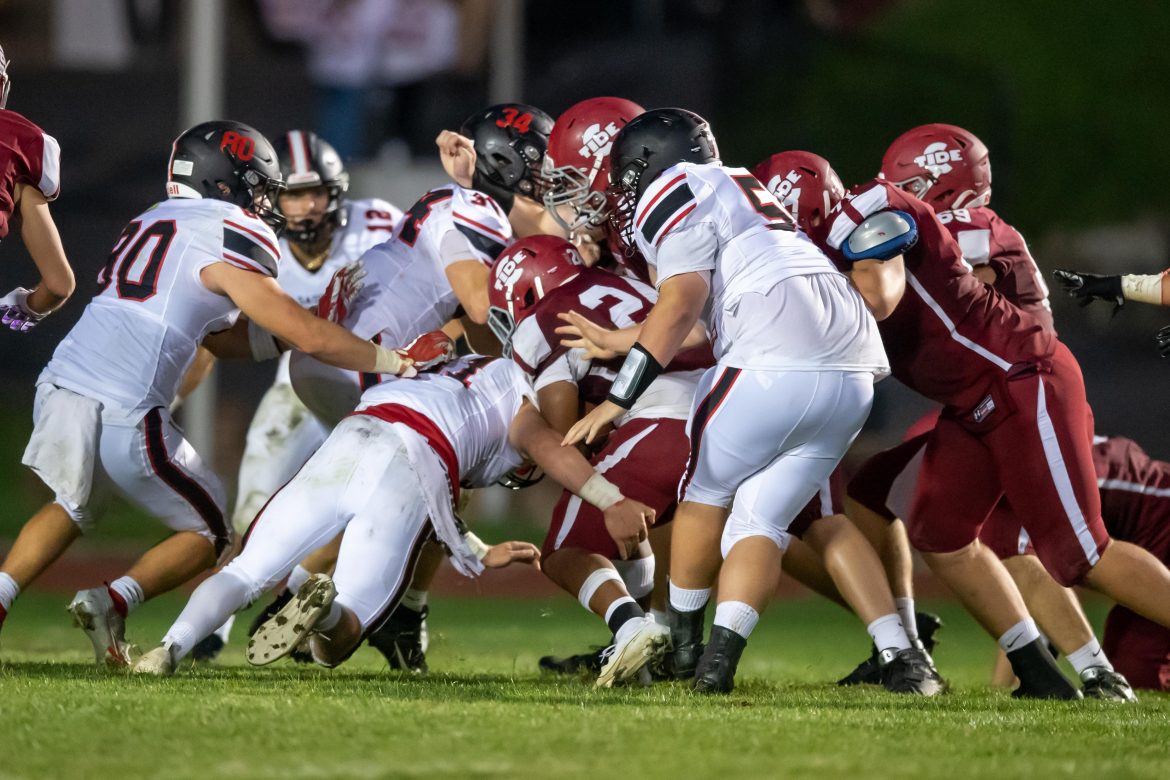 The Panther defense rallies against the Pottsville Crimson Tide.

Friday night the Saucon Valley Panthers packed their bags and traveled to Pottsville to take on the Crimson Tide.  This game stems from an agreement between the Colonial League and Schuylkill League to create a level playing field by scheduling matchups between the bigger and smaller schools in each league.  The Panthers will now play the bigger programs from the Schuylkill League like Pottsville, Blue Mountain and Lehighton while giving up the smaller Colonial League schools like Catasauqua, Northern Lehigh and Pen Argyl.  The agreement which was finally brokered in January, 2019 was meant to go into effect last season, but due to COVID-19 the inaugural plan had to quarantine until this season.

So, after logging a few extra frequent flyer miles, the Panthers received the opening kickoff, but could not overcome a 3rd & 11 situation caused by a couple of incompletions and a penalty.  Saucon was immediately forced to give the ball back to the Crimson Tide.  The three-and-out punt set Pottsville up with their opening possession at their own 36-yardline. 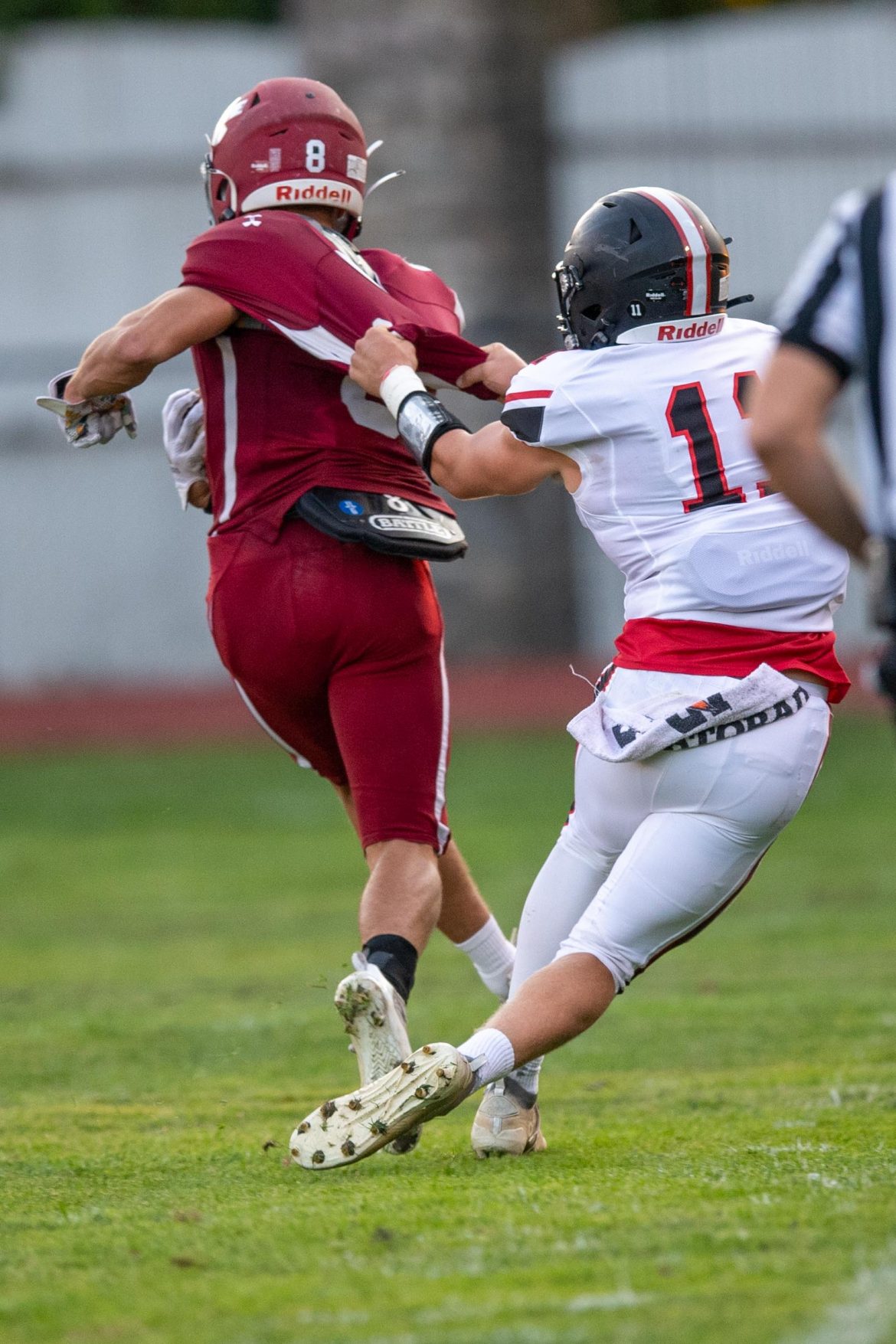 Featuring a 20-yard run off tackle and a 20-yard screen pass, Pottsville was able to chunk their way into the Panther endzone in only six plays. About three minutes in, Pottsville jumped out to a 7-0 lead.

The Panthers bounced back and pounded their way into Pottsville’s redzone on a drive that started at their own 31-yardline.  The Panther progression was highlighted by Damian Garcia’s 41-yard run up the gut all the way down to the Pottsville 19-yardline. After a couple of short gains and an incomplete pass that just missed in the endzone, Saucon decided to forego a field-goal attempt and try to pick up a first-down on 4th & 7.  But, a high shotgun snap over Panther quarterback Dante Mahaffey’s head forced Saucon Valley to turn the ball over on downs at the Crimson 33-yardline. 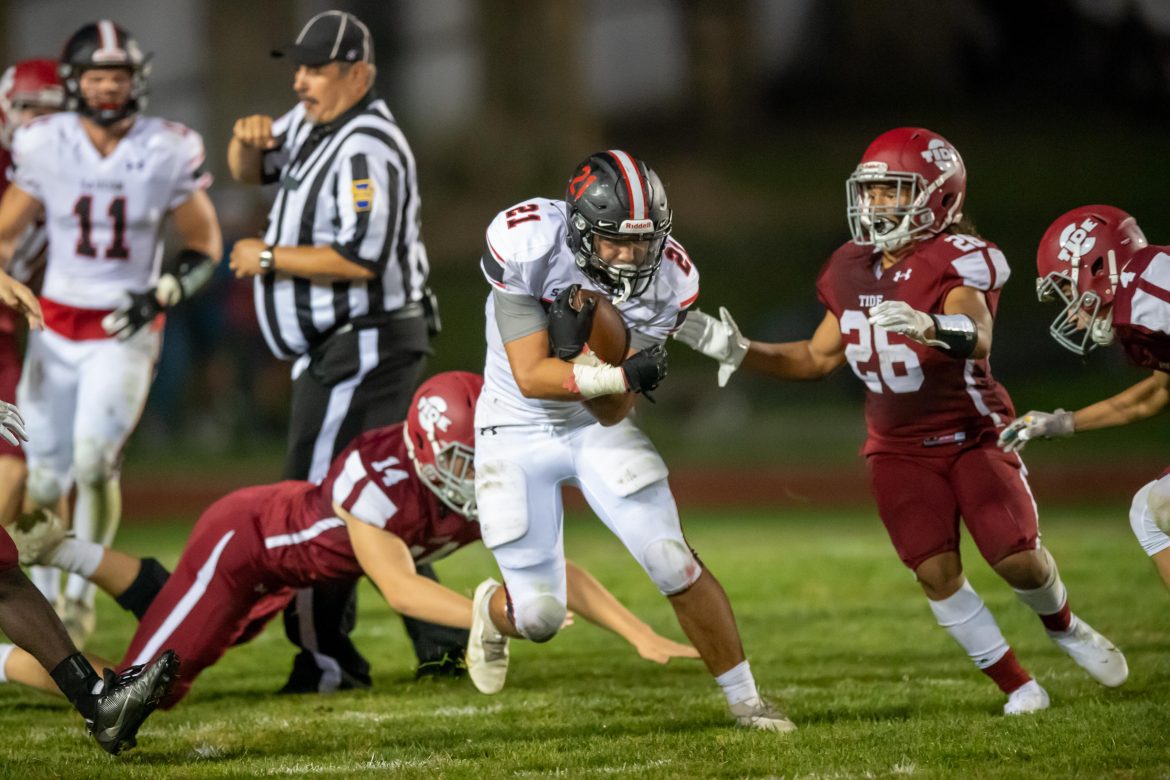 Damian Garcia pops the Pottsville defense for a big gain.

Saucon Valley was able to move the ball into Crimson Tide territory on their next possession. But on 2nd & 2, a Mahaffey pass to Alex Magnotta was deflected up into the air and intercepted by Pottsville safety Tejay Allen at the Crimson Tide 27-yardline.

The Panthers made some defensive adjustments to keep the Tide from rolling into the endzone, but the Saucon Valley offense continued to stumble.  The punt-teams for both squads got a little extra work for the remainder of the first half and both teams hit the locker-room at intermission with the Panthers trailing 14-0. 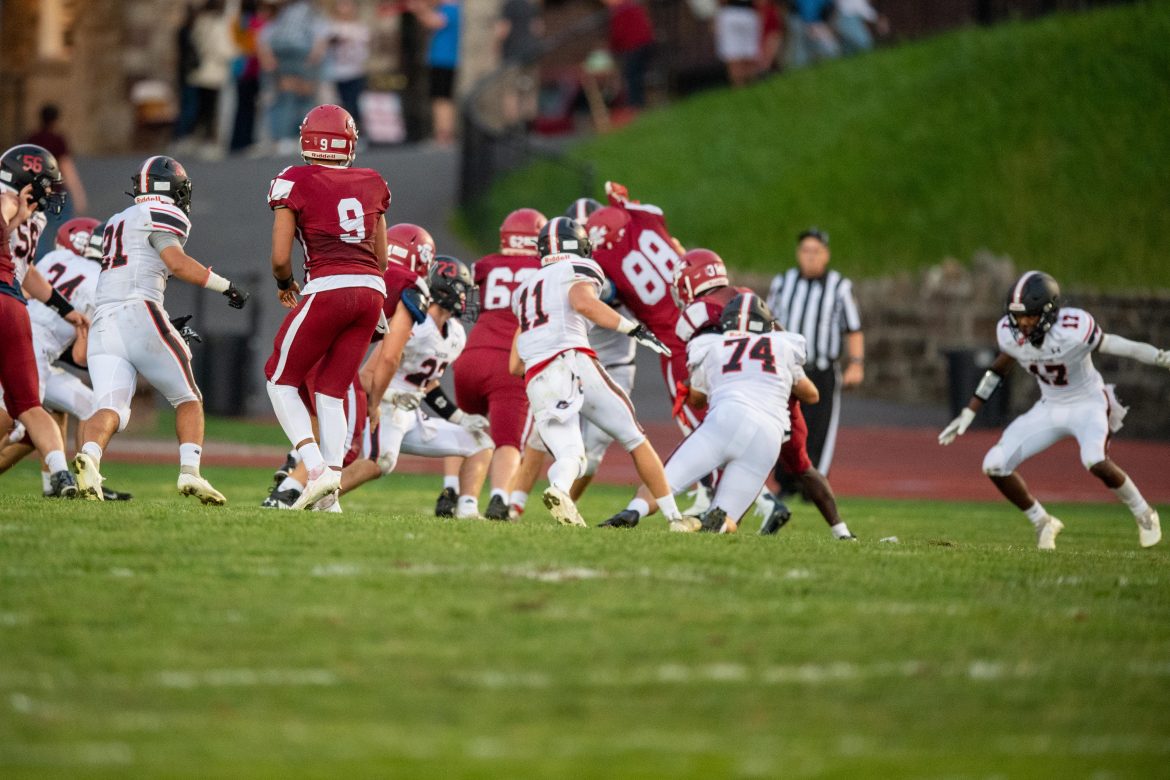 The Panther defense including Jack Marouchoc (#74) got better as the night went on against the Pottsville Crimson Tide.

Saucon’s defense picked up where they left off and started the second half by forcing a Pottsville punt.  The Panther offense was able to push the ball out to midfield from their own 15-yardline, however Saucon Valley again could not get out of their own way.  This time it was with a Mahaffey fumble that was lost on 2nd & 6.

Saucon’s defense once again forced a Pottsville punt, but more misfortune kicked the Panthers in the gut.  Freshman punt-returner Jared Rohn misplayed his fair-catch attempt in a whole lot of traffic and the subsequent fumble was recovered by Pottsville at the Panther 15-yardline.  The Panther defense once again stiffened to force a 4th & 14 situation.  However, Pottsville was able to cash-in when Raef Dicello was able to hold onto the ball with an acrobatic touchdown catch in the endzone.  With four minutes left in the third period, Pottsville extended their lead to 21-0. 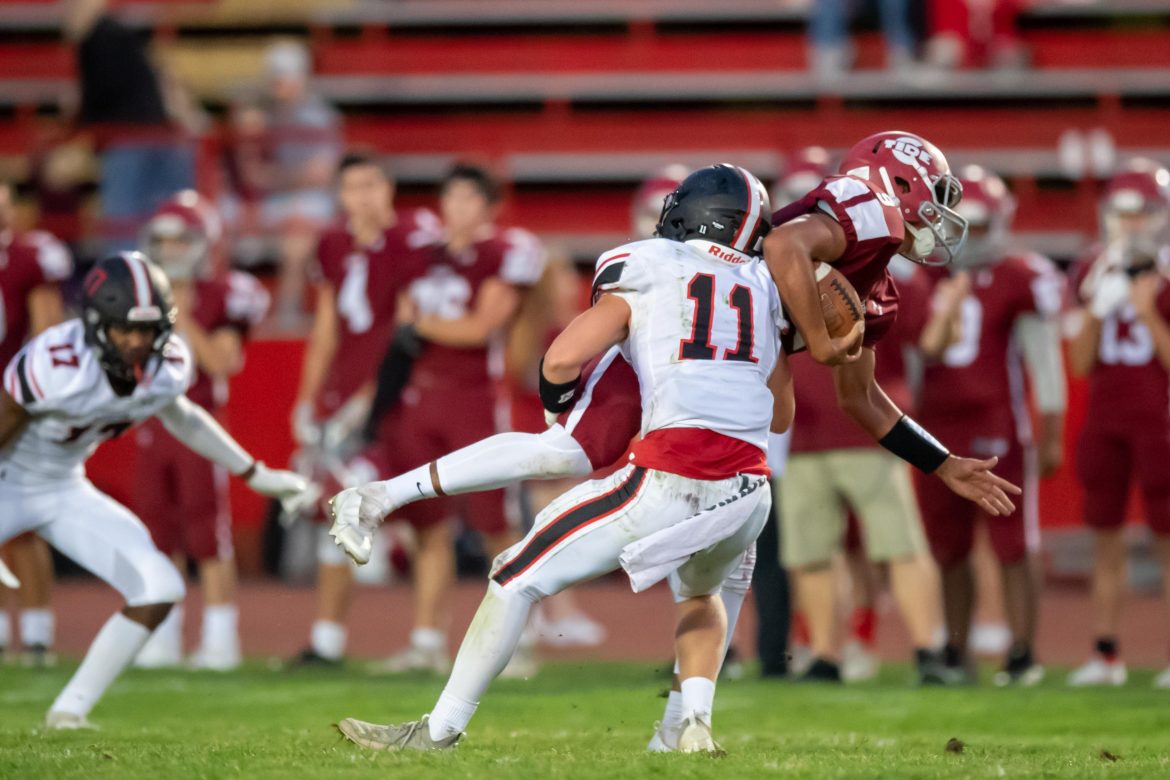 The Panther defense improved as the night wore on, but it wasn’t enough to overcome the many mistakes.

Jared Rohn’s kickoff return out to the Saucon 45-yardline set the Panthers up with good field position.  And, on the first play of the drive, Saucon went screen-pass off bootleg action to Damian Garcia and advanced the ball down to the Crimson Tide 15-yardline.  Five running plays later Saucon Valley found the endzone for with a Dante Mahaffey quarterback sneak for a 1-yard touchdown run.  Jacob Christopher hit the extra-point and late in the third quarter the Panthers were on the scoreboard trailing 21-7. 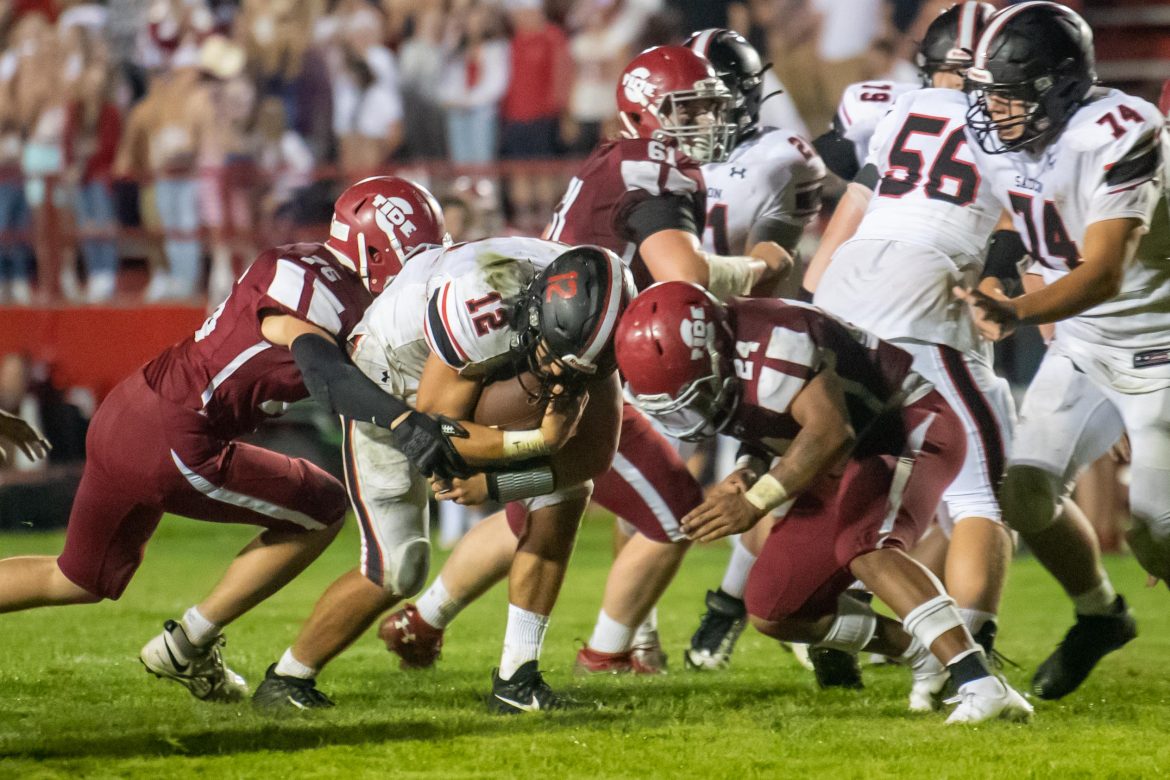 Saucon senior Dante Mahaffey gets the Panthers on the scoreboard against Pottsville with this quarterback sneak.

Any Saucon Valley momentum evaporated on the following Crimson Tide drive when Pottsville converted a 26-yard touchdown pass from a 4th & 6 situation.  Crimson Tide receiver Jayce Adamick was able to shake free unnoticed from the Saucon secondary and camped out uncovered in the Panther endzone for a touchdown catch.  Adamick was found all alone by a scrambling Jazce Carabello for the score.  With 9:33 left to play, Pottsville slammed the door shut on the Panthers with a commanding 28-7 advantage.

The Crimson Tide added a late touchdown during mop-up time and ultimately claimed a 35-7 victory over the error-ridden Panthers.

UP NEXT:  Saucon Valley (1-2) will again hit the road and travel to Wilson (3-0) for a Saturday afternoon matinee.  Kickoff is scheduled for 1 p.m. 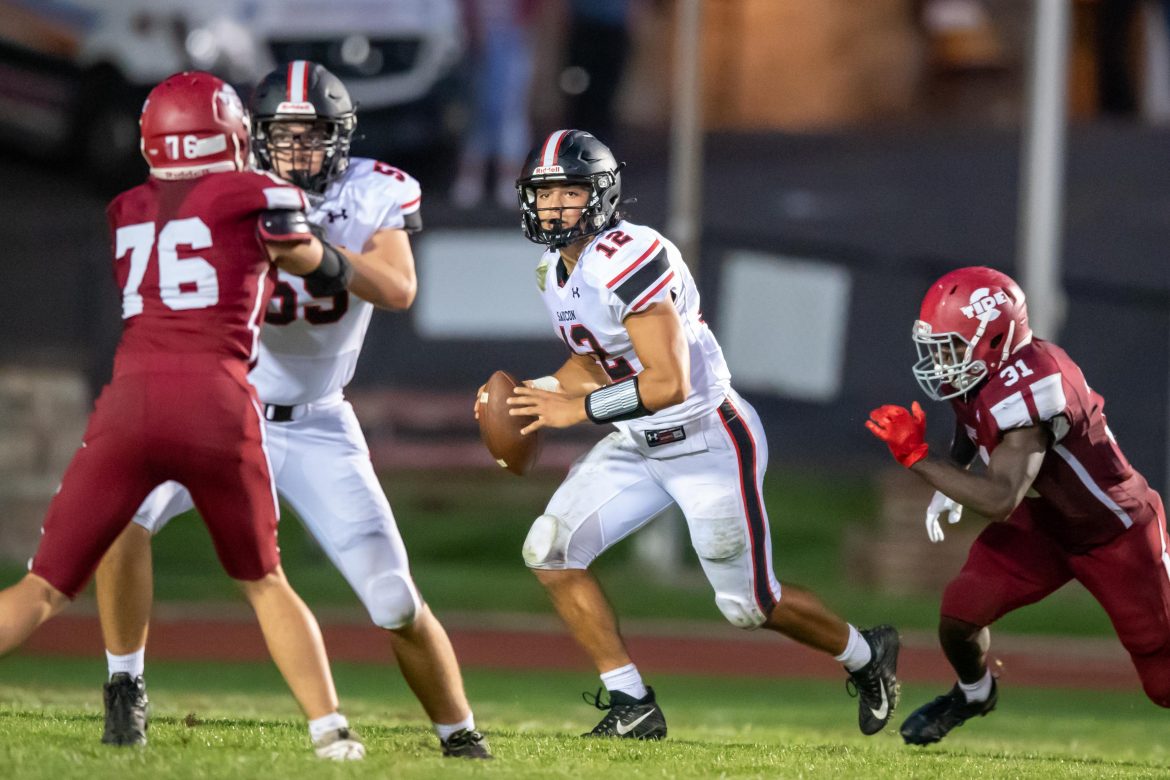 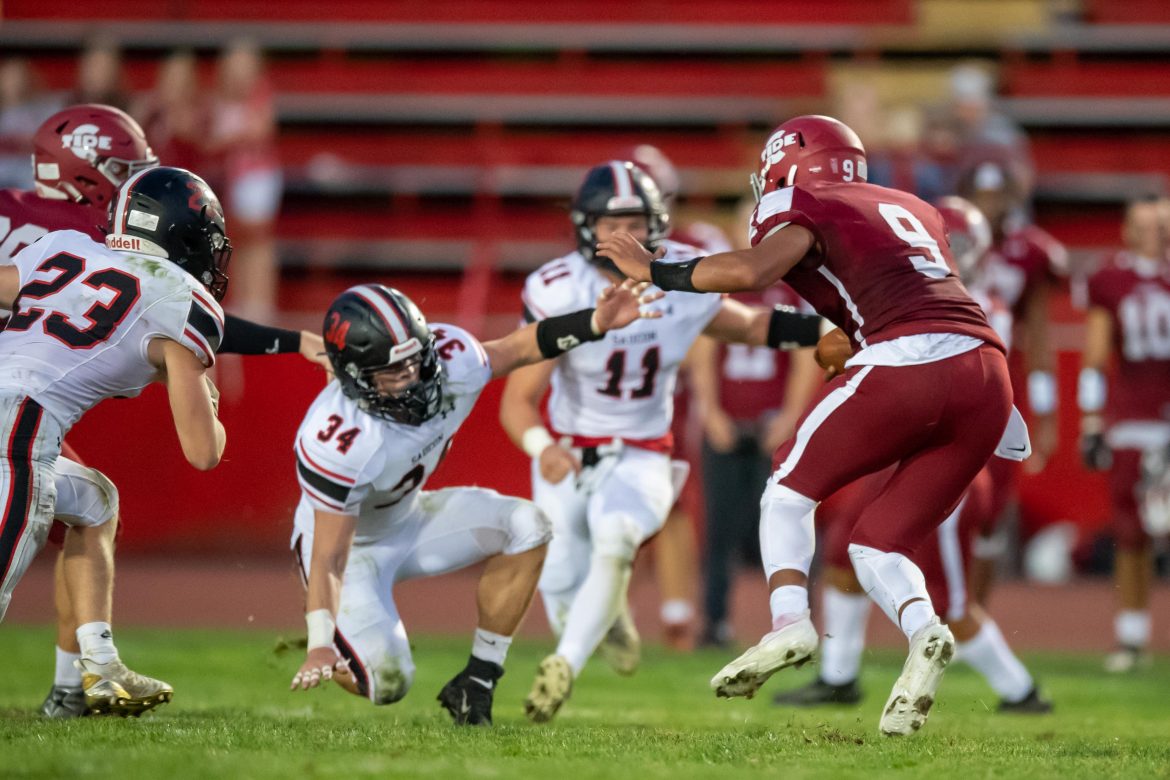 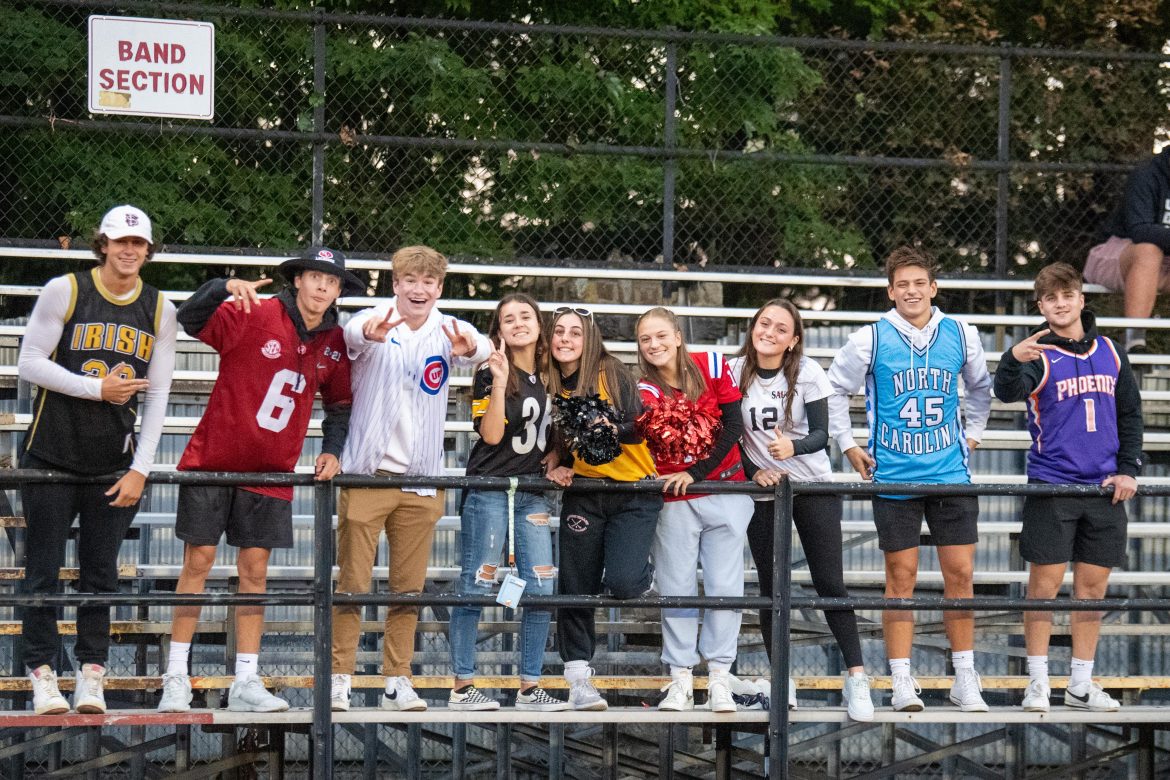 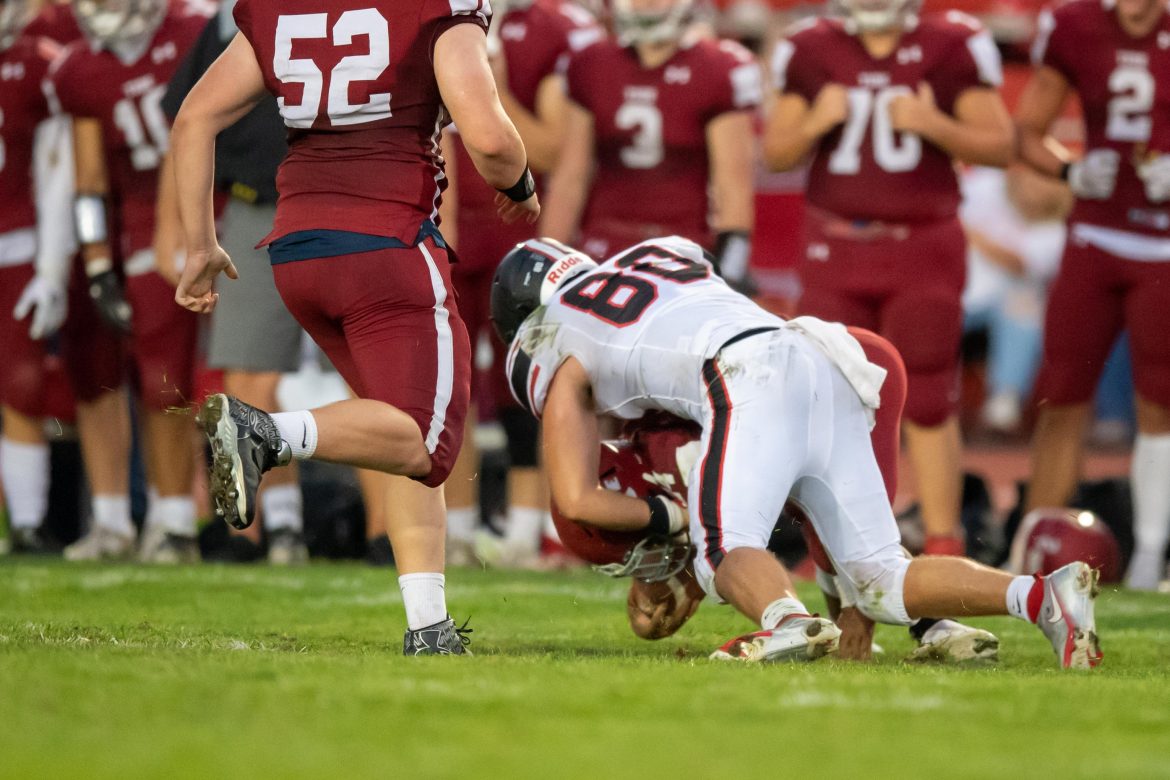 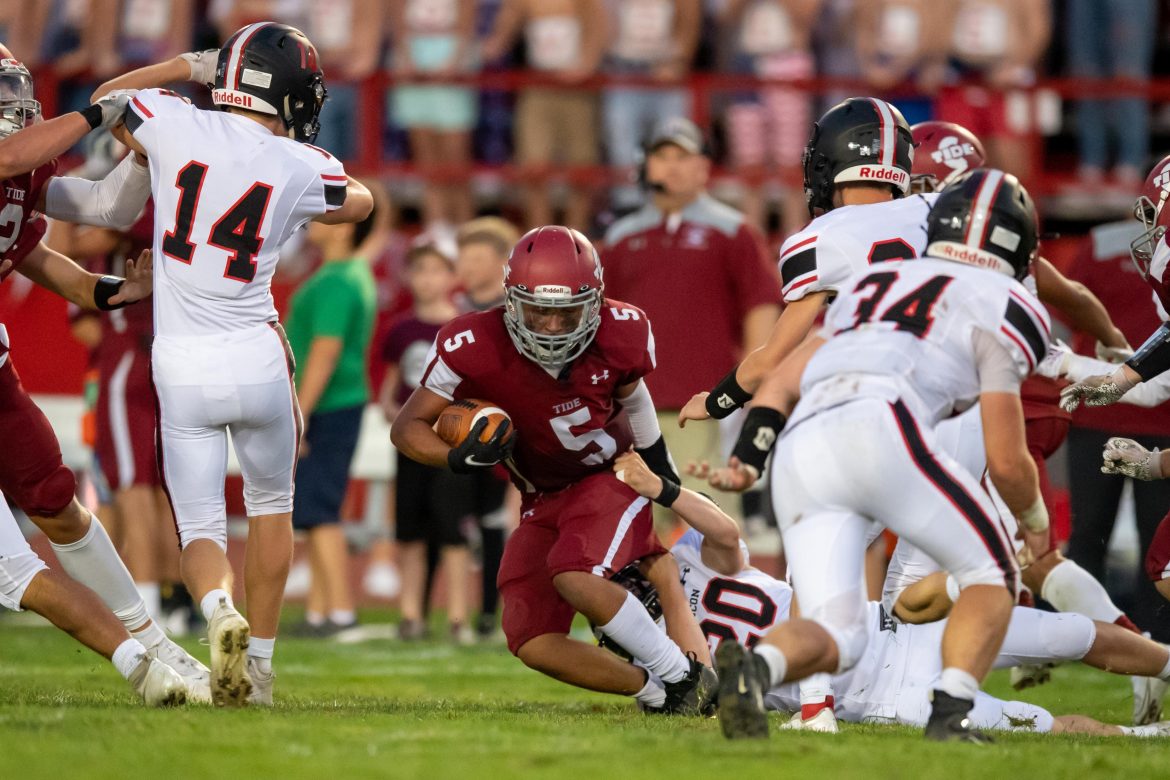 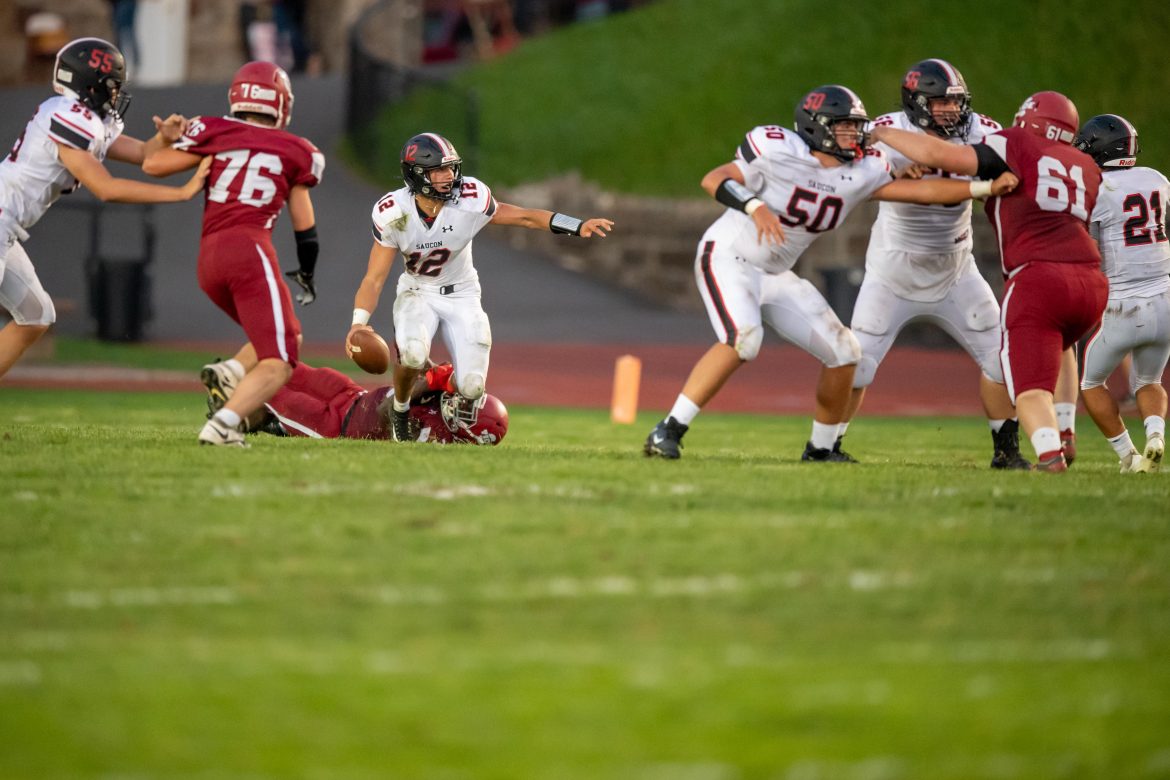 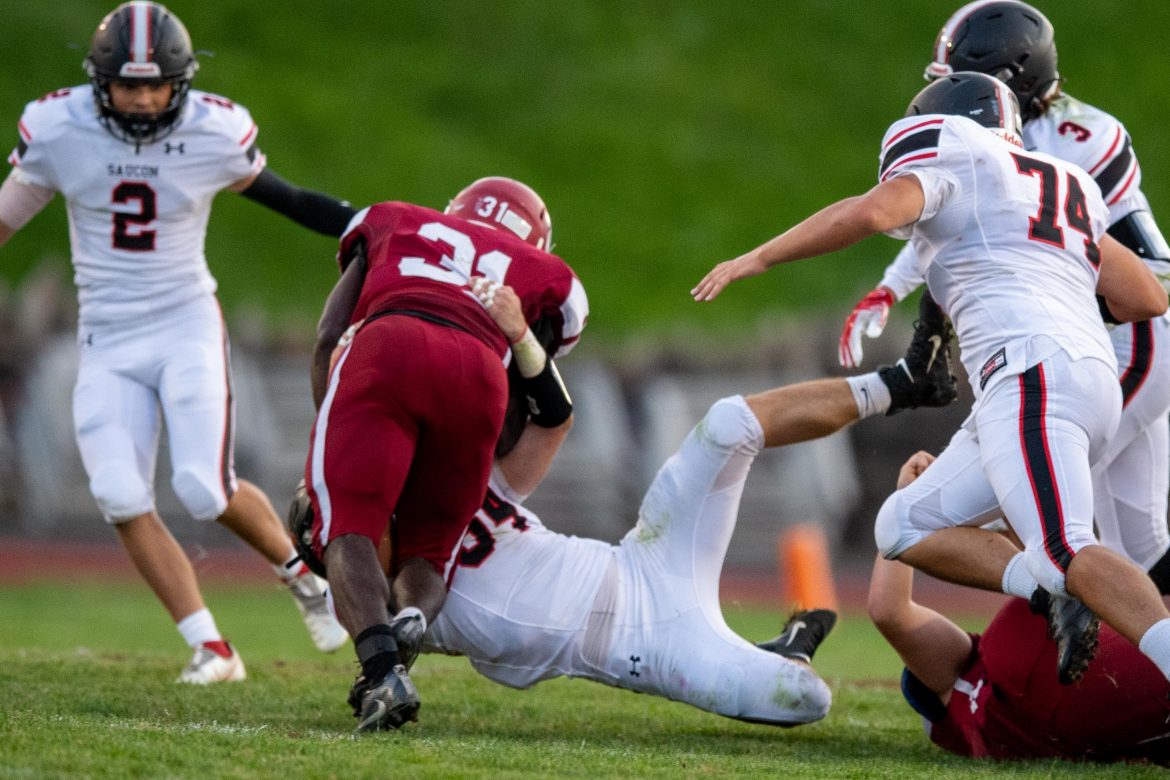 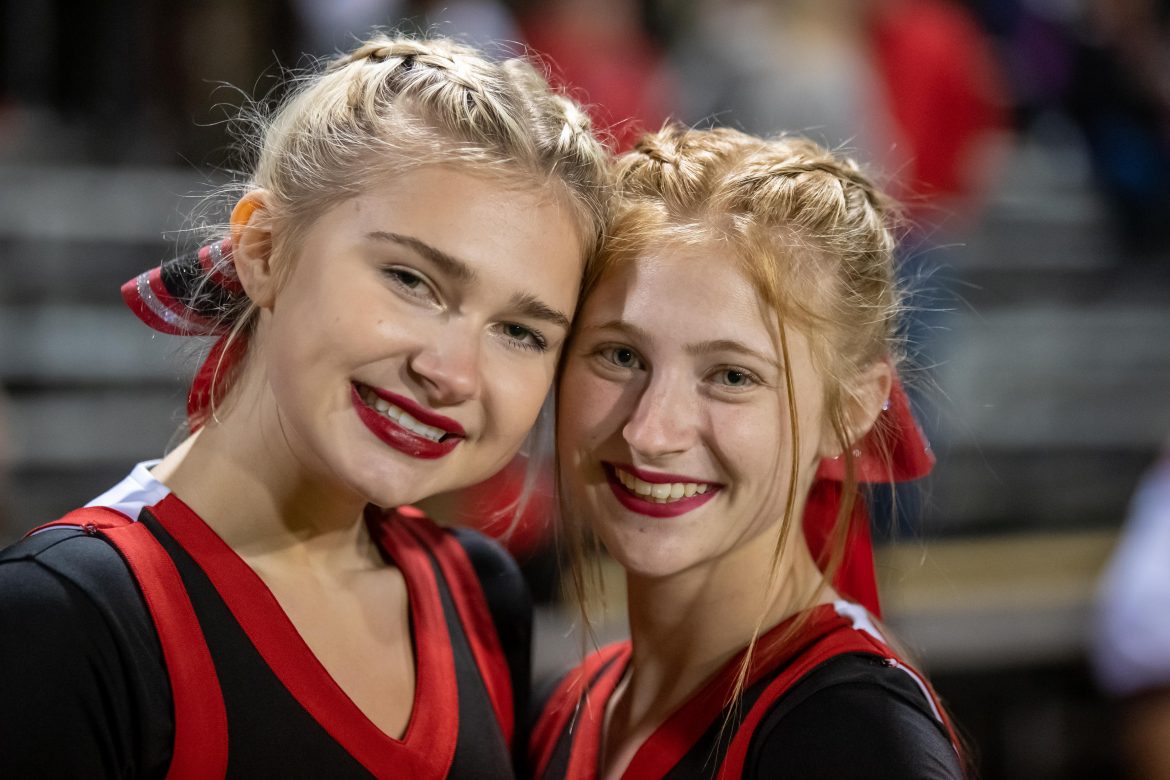