A Milford Township man got less than he bargained for last month when he tried to buy $1,000 worth of gunpowder and primers from an online seller, according to Pennsylvania State Police at Dublin. 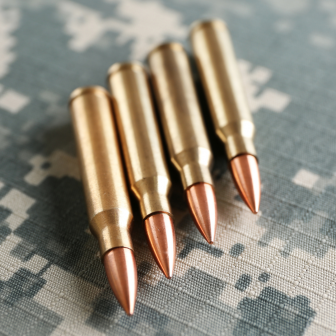 In a news release Friday, police said the 62-year-old man placed an order for the items through the website Primers12.com, in order to assemble his own ammunition.

An online search for Primers12.com turns up numerous results referencing scam alerts, including a Reddit post from September of a screenshot of what is purported to be a Primers12 webpage. The text in the screenshot alerts customers to the fact that payment is only being accepted “manually for the time being” via Bitcoin, Apple Pay, Zelle, Venmo and Google Pay.

“Yeah any site that doesn’t let you pay with the usual methods is right out,” one Reddit commenter said in response to the post.

The editors of the site Scam-Detector.com also appear to take a dim view of Primers12, rating it 3.5 out of 10; a ranking they say is based on an algorithm that factors in things such as “negative feedback on social media, communication issues and Alexa rank.”

According to the state police news release, the local man who tried to buy gunpowder and primers from the site lost a total of $1,200 by following the company’s instructions and transferring the money through Zelle.

After transferring the $1,200 payment, “the seller then demanded that the victim purchase insurance for the item in the amount of $750,” police said. They added that he refused to purchase the insurance.

According to the state police news release, the fraudulent transaction took place Sept. 30 and was investigated as a theft by deception.