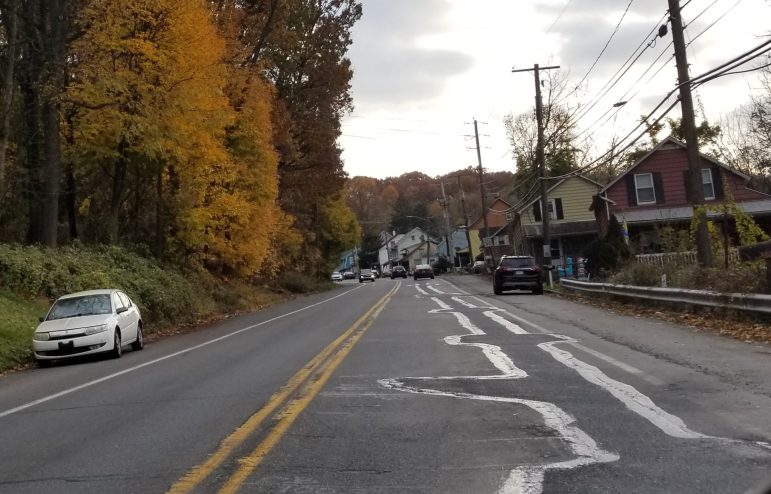 A section of Rt. 378 south in Lower Saucon Township shows a long section of asphalt patching applied after a UGI contractor who is working on a gas main under the roadway dug it up. A PennDOT spokesman said Wednesday that the contractor still has “a lot more work to do” on Rt. 378 in both the township and the adjacent city of Bethlehem.

Motorists who’ve been hoping for a quick end to gas main work on Rt. 378 in Bethlehem and Lower Saucon Townshp that has been ongoing for months will likely be disappointed to learn that the project won’t be completed until sometime next spring.

Sean Brown, a press officer for PennDOT Engineering District 5-0, confirmed Wednesday that the UGI contractor responsible for the project has “a lot more work to do on 378.”

“The contractor for UGI is working on 378 in sections,” Brown explained.

Much of the work so far has been performed during the evening and overnight hours, when it frequently requires lane closures. Flaggers at each end of a closed section of the state highway alternate stopping north or southbound traffic to allow motorists to drive through the work area from either end. Consequently, nighttime traffic delays have become common in the area, along with light pollution caused by overhead work zone lighting experienced by some nearby residents. 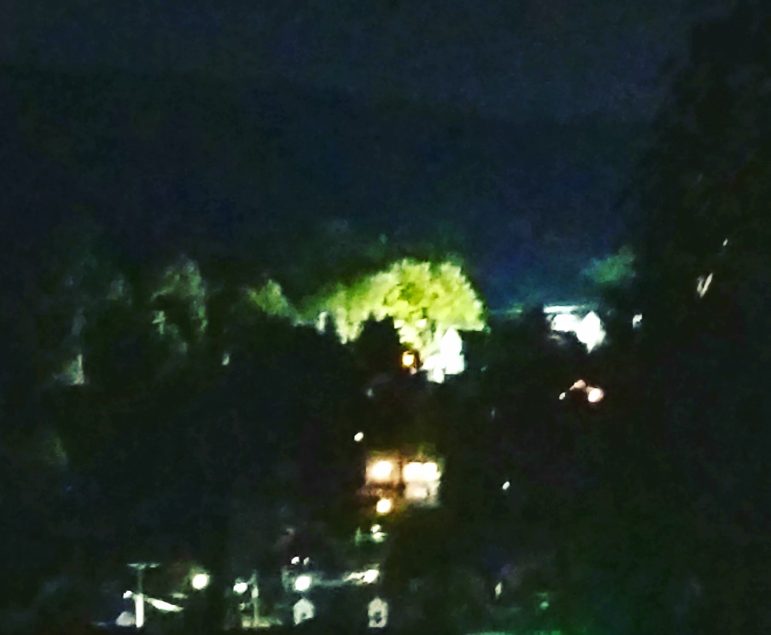 A photo taken over the summer from along Delaware Avenue in Fountain Hill shows the brightness of the utility lighting being used by the UGI contractor along Rt. 378 in Lower Saucon Township and the City of Bethlehem. Parts of the residential neighborhood just below Rt. 378, which includes Moravia Street, have been impacted by the use of the lighting.

At times, metal plates have been used to temporarily cover sections of the road that are being worked on by the contractor.

Brown indicated that this type of work will continue off and on throughout the colder winter months, when construction projects are sometimes put on hold due to the harsh weather the Lehigh Valley area often sees. 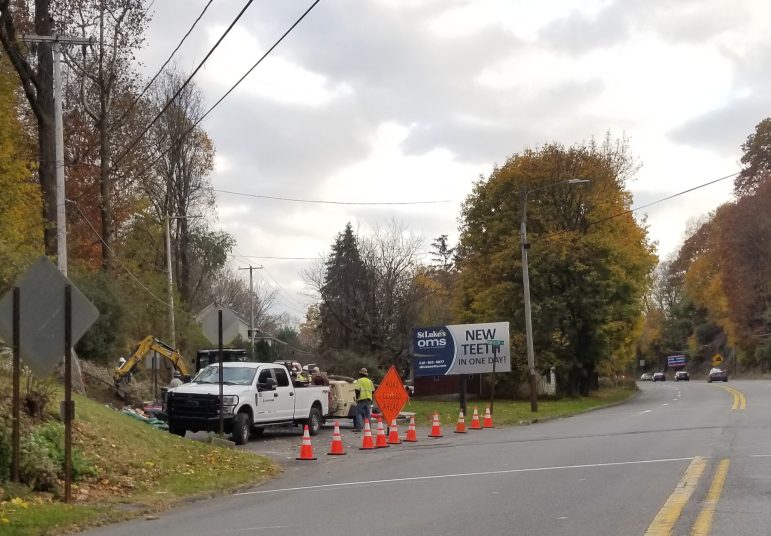 The contractor had Koehler Drive closed at its northern intersection with Rt. 378 in Lower Saucon Township Wednesday.

He acknowledged that from Koehler Drive to the top of South Mountain–where Rt. 378 intersects with Mountain Drive–the contractor has “some work to do to kind of fix the road.”

“It’s past paving season, so a lot of that’s going to have to be done in the spring,” he said.

Further north, on the section of Rt. 378 between Frederick Street in Lower Saucon Township and Five Points in Bethlehem, Brown confirmed there “will be more pipework that’s going to happen this winter.”

“They’re going to be doing that throughout the winter,” he said, with final repairs, milling and road paving to be completed “in the spring, when weather allows.”

Rt. 378 is a major road into and out of the city of Bethlehem, and a major artery in western Lower Saucon Township.

According to a 2014 traffic trends report by the Lehigh Valley Planning Commission, Wyandotte Street (Rt. 378) between Itaska Street and Sheets Street in Bethlehem had an Annual Average Daily Traffic (AADT) count of 17,120 vehicle in 2013. The AADT is calculated by dividing the total number of all vehicles counted in a year by 365 days.