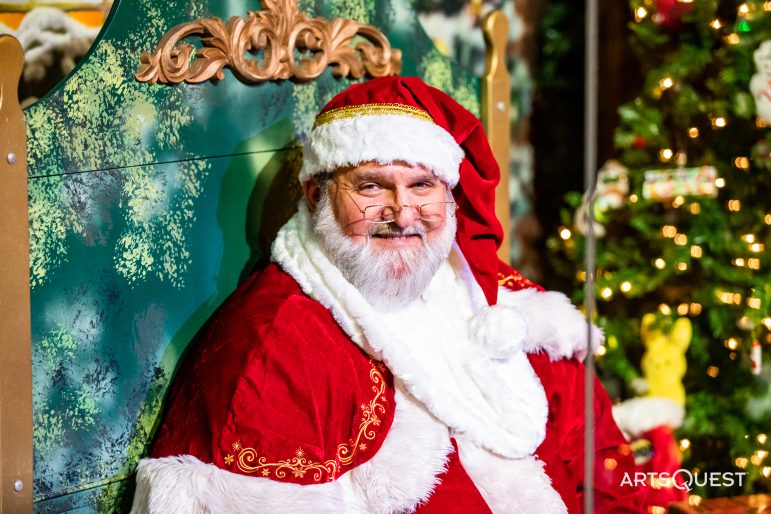 The Christmas City is lively for the holiday season once again.

The South Bethlehem community is thrilled to have Christkindlmarkt back for the 29th year, but once again operating at full capacity this holiday season for people of all ages.

The annual Christmas market started back on Nov. 19 and is open every weekend until Dec. 19 at SteelStacks.

Nicole Harrell, director of communications at ArtsQuest, said last year’s market was completely outside, more spread out and occurred earlier in the year. But she said this year they have huts and igloos outside, and four tents that include family activities, live performances, food, retailers and crafters.

Harrell said it’s great to have everyone together again in the market’s traditional setting with which most shoppers are familiar.

“It’s just so great to have people back and really just have the option to shop small,” she said. “It’s really a one-stop shop.”

Harrell said there are more than 167 vendors at the market this year, and over 100 of them are based locally. She said the market is truly an economic lifeline for all of them.

There are also more than 66 live performances scheduled at this year’s market. 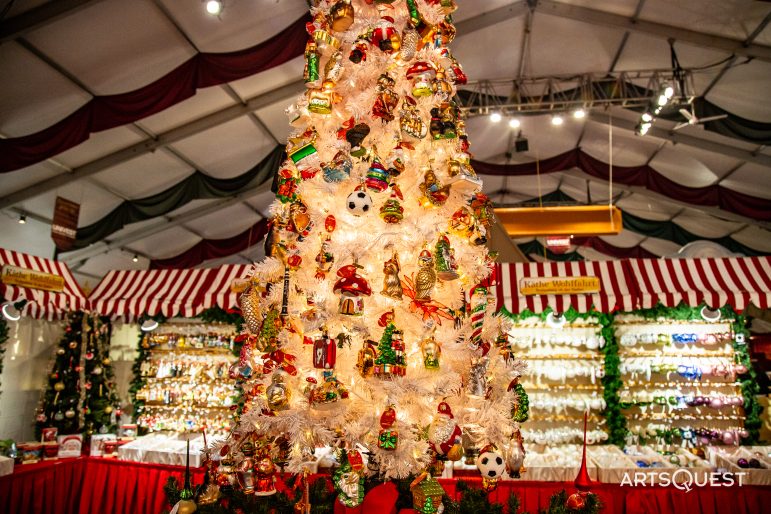 Vendor Ken Ingalls has been coming to Christkindlmarkt for the last 18 years, and said it’s always very profitable for him.

He said he sees repeat business from loyal customers every year; customers who even came out last year, during the peak of the pandemic.

“It’s actually fantastic last year that they were able to have it open at all,” Ingalls said. “We had so many loyal customers come. We did very well financially.”

David Rakowski, another vendor, said this year was his first time at the market.

He said the best part of Christkindlmarkt is the diversity reflected among the shoppers.

Bob Yanders, a visitor, said this year was his third time shopping at the market.

He said he loves supporting local vendors and enjoys all of Christkindlmarkt’s offerings.

“The music, Santa Claus and everything else going on,” Yanders said. “It’s really nice.”

Know Before You Go: Top Pro Tips for Shopping Christkindlmarkt 2021

Harrell said business at Christkindlmarkt has been brisk so far, and she expects the last few weeks will be even busier. That’s why she recommended purchasing tickets in advance on their website.

One of the new features at this year’s Christkindlmarkt are community hours on Friday nights, where local residents can shop for free from 6 to 8 p.m. The period of free admission is thanks to a corporate sponsorship by T-Mobile.

Children on Saturdays in December have the opportunity to have breakfast with St. Nicholas, and tickets can be purchased for that online as well.

Harrell said Christkindlmarkt is a finalist for Best Christmas Market in the country from USA Today, but the final results will not be revealed until Dec. 17.

She said the market is a fantastic event for everybody involved, from the guests to the vendors and crafters. It’s a great opportunity for the vendors to display their work.

Harrell said the market really means a lot to the community and the entire region.

“I’ve been saying for these vendors it really is a lifeline,” she said. “It’s an opportunity to just get in front of customers again, which is wonderful. But it’s also great for the community, because what’s more Christmas City in Bethlehem, Pa., than Christkindlmarkt, and just that traditional holiday market being back.”