Daniel Adam Bencsics, a 33-year-old Lower Saucon Township resident and a former part-time officer with the Lower Saucon Police Department, was arrested early on the morning of Dec. 12, a news release published on the Lititz Police’s Crimewatch site states.

Bencsics was apparently off-duty at the time of his arrest, since the news release makes no mention of the fact that he is a law enforcement officer in another jurisdiction.

The release was accompanied by a booking photo of Bencsics, who is accused of having a blood alcohol concentration (BAC) of .19 percent while operating a motor vehicle.

A BAC of .19 percent is more than twice the maximum legal limit of .08 percent for drivers in Pennsylvania. 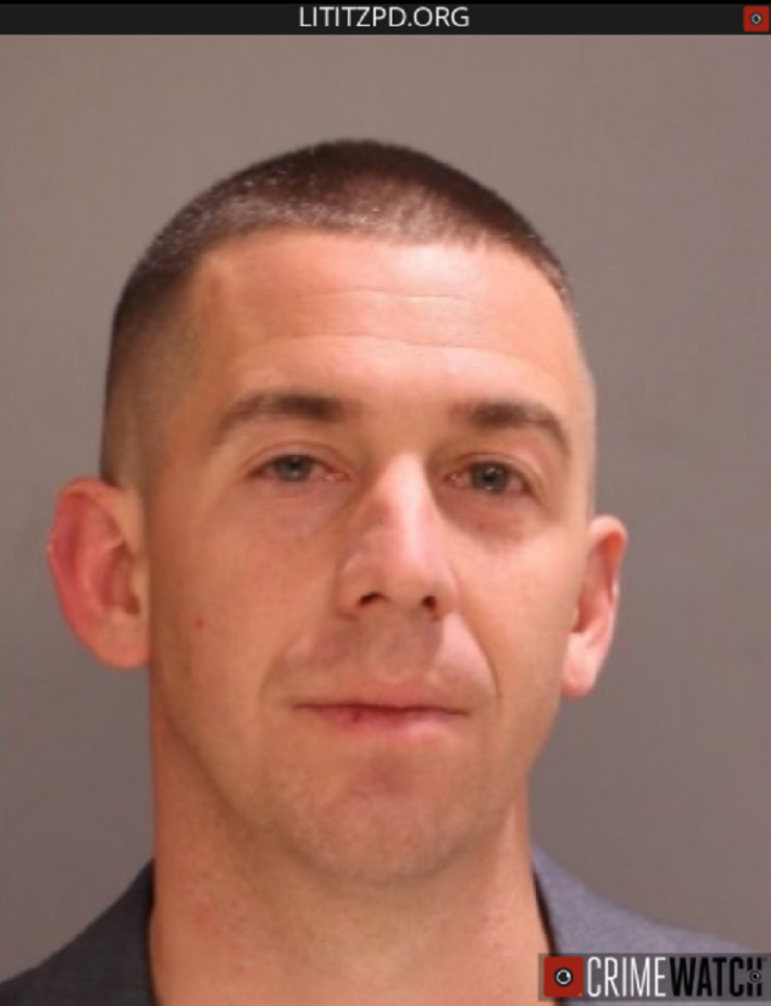 According to police in Lancaster County, 33-year-old Daniel Adam Bencsics–a member of the Upper Saucon Township Police Department–was arrested for DUI while off-duty in Lititz borough early on the morning of Dec. 12. Lititz Police included this booking photo in a Dec. 17 post about Bencsics’ arrest on their Crimewatch site.

According to Lititz Police, “on Dec. 12, 2021 around 2 a.m., an LBPD patrol officer stopped Bencsics’ vehicle after making observations of unsafe driving. During the traffic stop, it is alleged that Bencsics was found to be under the influence of alcohol and he was taken into custody.”

Police said Bencsics was stopped at E. Lemon Street and Raspberry Lane in the borough.

The Crimewatch post stated that Bencsics then provided “evidential samples of his breath which indicated a 0.190 percent (BAC).”

Following booking procedures, police said Bencsics was released from custody and received a summons to appear in district court.

The records as of Wednesday indicated that Bencsics was still awaiting a preliminary hearing on the charges in Lancaster County District Court 02-2-08, which is in Lititz and is presided over by Judge Edward A. Tobin.

The court docket did not list an attorney for Bencsics.

Saucon Source has contacted the Upper Saucon Township Police Department to request comment from Chief Thomas Nicoletti on Bencsics’ arrest and current duty status within the department. This story will be updated if or when additional information is provided.

According to Upper Saucon Township Board of Supervisors meeting minutes, Bencsics was recently promoted to the rank of sergeant within the department, and was recognized for that in a badge award ceremony held at the supervisors’ April 12 meeting.

In 2019, he received an Aggressive Driving Education and Enforcement Program (ADEEP) Award, according to a Facebook post by the Bethlehem Health Bureau.

A 2013 story about Bencsics’ part-time employment with the Lower Saucon Township Police Department noted that at the time he was also a Northampton County Deputy Sheriff and had formerly completed an internship with Lehigh County Probation.

Bencsics is a Bethlehem Catholic High School graduate, Hellertown-Lower Saucon Patch reported, and earned a Bachelor of Science Degree in criminal justice from Mansfield University of PA before completing Act 120 training at the Allentown Police Academy.

Note: All individuals charged with a crime are presumed innocent until proven guilty in a court of law. This story was compiled using information from the Lititz Borough Police Department, Lancaster County court records and other sources.