Perhaps due to the large number of people who continue to receive unemployment compensation there has recently been an uptick in reports of phony UC claims. As a result, some area police departments are urging the public to report anything suspicious to the appropriate agency, as well as to local law enforcement officials, if required.

Perkasie Police outlined some of the identity theft scams they’re seeing in a July 9 Crimewatch post. 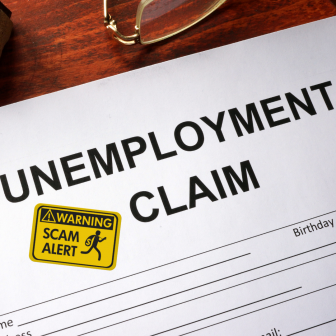 “A common scam that we are seeing right now involves someone filing for unemployment using your information,” police said. “You can receive notice that someone has filed for unemployment in your name a few different ways, including receiving paperwork in the mail from the unemployment office, or your work might notify you that someone has made a claim with your information and (that) your work was contacted to verify if (it is) correct.”

The Perkasie Police Department shared PA Department of Labor instructions for what to do in those cases in its post, which included links to the UC benefits website as well as an identity fraud form provided by the Pandemic Unemployment Assistance program.

Perhaps illustrative of how widespread the problem has become are alerts across the top of both sites’ homepages. The PUA site advises recipients who have previously reported a fraud complaint to the department not to submit the same complaint again, due to “a high volume of complaints” which continue to be investigated. The Department of Labor site alerts claimants who have filed an initial claim since March 1 that they are now required to verify their identity via ID.me the next time they file a weekly certification.

State troopers have also been kept busy responding to reports of unemployment compensation fraud throughout the area, as evidenced by recent news releases from the barracks at Dublin, Bucks County.

News releases from July indicates that reports were taken in Durham Township, Nockamixon Township, Haycock Township and many other Upper Bucks communities.

The following quotes are from several of the releases:

“On July 19, 2021, PSP was dispatched to an incident involving identity theft. The victim had an unemployment claim filed under the victim’s name and Social Security without the permission or acknowledgement of the victim.” (Haycock Township)

“The victim reported that someone had filed for unemployment through her employer using her identity without her permission.” (July 11, Nockamixon Township)

“Troopers responded for the report of an identity theft. It was determined that an unknown actor used the victim’s personal information to apply for unemployment compensation.” (July 21, Durham Township)

All of the news releases indicated that police investigations into the incidents are ongoing.